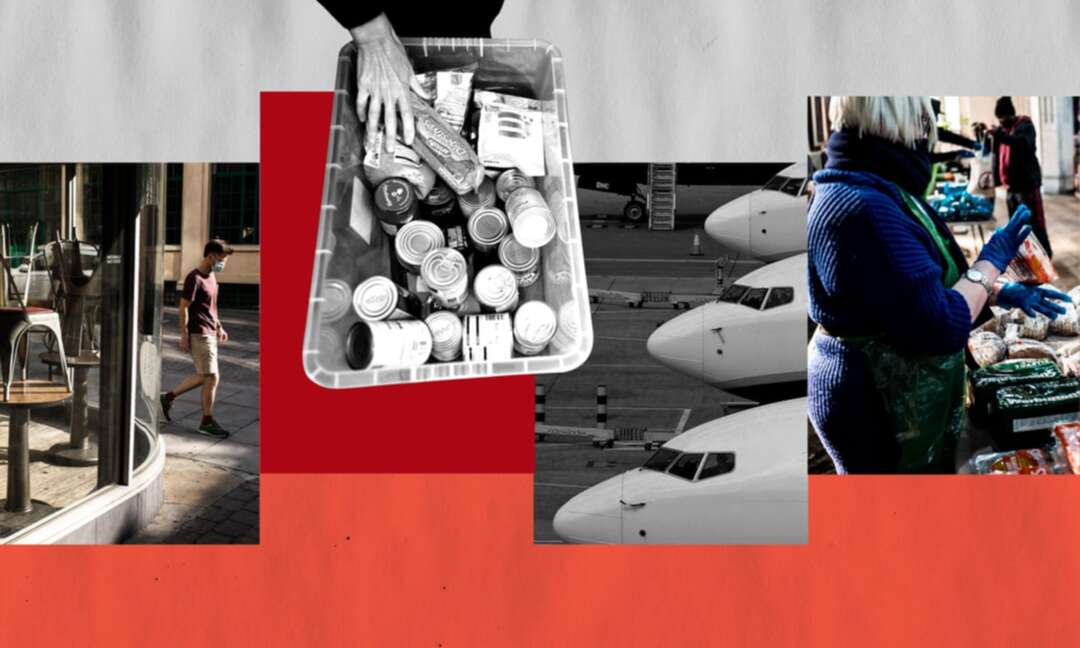 Some workers made redundant in the Covid-19 crisis have turned to food banks for help.

British people who have lost their jobs due to the pandemic tell their storiesThe Guardian spoke to people who have been made unemployed due to Covid and their experiences of trying to find work.

David Omokhoje, 55, from Westcliff, Essex, was made redundant in October from his job as a chef in a restaurant off Sloane Square in London. “The last day of meaningful life for me was 16 March when I last went to work,” he says. “We went from 450+ covers for breakfast and lunch at the start of 2020 to less than 100 in the third week of March.”

Omokhoje found the first few months of furlough “manageable” but in July he was informed that unless he signed a zero-hours contract he would be made redundant. “It was devastating. A season ticket costs around £460 a month and I wouldn’t have been able to commit to paying for one. Financially it just wasn’t viable.

“I received my last pay in November and my first universal credit payment wasn’t due until January. Unsurprisingly, my money ran out. I’m broke. I’m having to go to the Citizens Advice Bureau for gas and electricity vouchers and the food bank for handouts.”

Since losing his job Omokhoje has found lockdown difficult. “Living in and not socialising fully was getting on top of me. I could feel myself going down and eventually I went to see my GP and said I was depressed. It’s not a unique story though.

“It’s not been an easy time as a lot of the facilities that would normally be available are not because everyone seems short staffed.”

He has applied for “hundreds” of jobs, many of them on minimum wage, which he thinks is “disgusting”. “Nobody, even someone who is unskilled, should be expected to earn less than £10 an hour. You just can’t live on that.

“It’s quite hard and I don’t feel I’m contributing to society, but it will get better.”

“Everyone is missing their old life,” says Clare, 53, from Glasgow, a former cabin crew member with a large airline operator. “Even when I was made redundant I thought I’d be going back – I think a part of me still thinks I will.”

She crewed her last flight in March and was furloughed until she lost her job of five years in September. “The ground staff came to wave us off and there was an eerie feeling of sadness, fear and disbelief. At that point we could never have imagined what would unfold over the coming months.”

Financially she and her husband have been able to manage because he still works, but she is worried about her mental health. “It’s affected my sense of self-worth; I thought I would be there until my late 50s but then you’re thrown into a situation where you don’t know what to do next.

“Almost a year on and I still gasp when I see an aircraft in the sky because I want to be on it – I want to be the crew and I want to be the passenger. Something that was part of my identity is no longer an option. Everything has changed – the company that I thought was rock solid and literally flying high is, like most of its competitors, a shadow of its former self and, I suppose, I am too.”

Leak reveals Labour plan to focus on flag and patriotism to win back voters 24/7 Covid vaccination service unlikely in near future, says Hancock