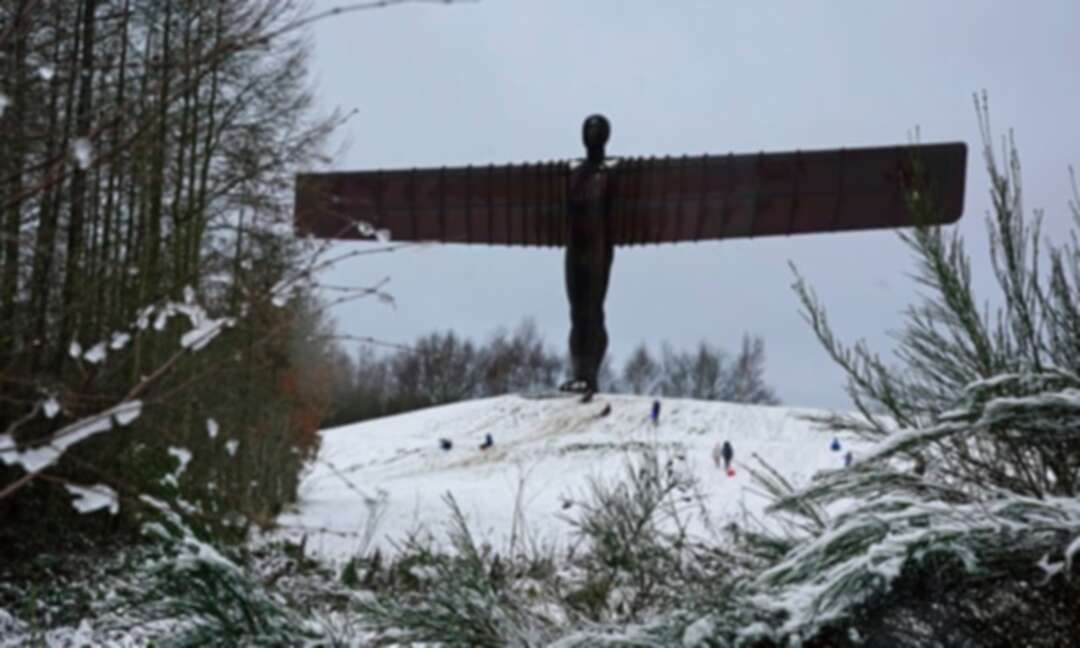 Snow surrounds the Angel of the North near Gateshead.

The Met Office has warned of icy conditions across most of England, Wales and parts of Scotland lasting until Monday

Large parts of Britain are braced for a bitterly cold weekend as snow, ice and heavy rain sweep across the country.

The Met Office has issued yellow warnings of icy conditions across most of England, Wales and parts of Scotland lasting until Monday.

Britons have been warned to beware of injuries from slips and falls on icy surfaces, dangerous driving conditions and delays to public transport.

Temperatures are also expected to plummet as low as -9C (15.8F) in northern parts of the UK in the early hours of Saturday.

Snow may fall on Saturday over the Pennines, North York Moors, the high ground of Wales and parts of south-west England, which could see 2-5cm of snow, the Met Office said.

Patches of freezing fog and icy roads could also be a danger to motorists.

Areas in north-west Scotland may see localised flooding due to a heavy spell of rain set to move in on Sunday.

It comes after a spell of cold weather which has swept across the UK since the start of the new year.A forecast on the Met Office website said that Saturday would see an “icy start, then some sunshine, but also areas of low cloud and fog slow to clear in

It added: “Cloudier in the north with occasional rain, and sleet in places at first.”

It said Sunday would be “mostly dry in the south and gradually becoming less cold” and “unsettled in the north with rain and hill snow at times, heaviest in the west and gradually spreading south”.

Ben Aldous, of the RAC, said: “Fog, ice and in some places snow are the enemies of drivers. In order to avoid falling foul of the conditions it’s important for motorists to adjust their driving style to suit the conditions.

“Being gentler on the throttle and brakes, and slowing down particularly on rural or ungritted routes can help ensure a safe and trouble-free journey.”

He also urged drivers to check their tyres have plenty of tread and are properly inflated and that windscreens are “completely cleared of ice and snow”.