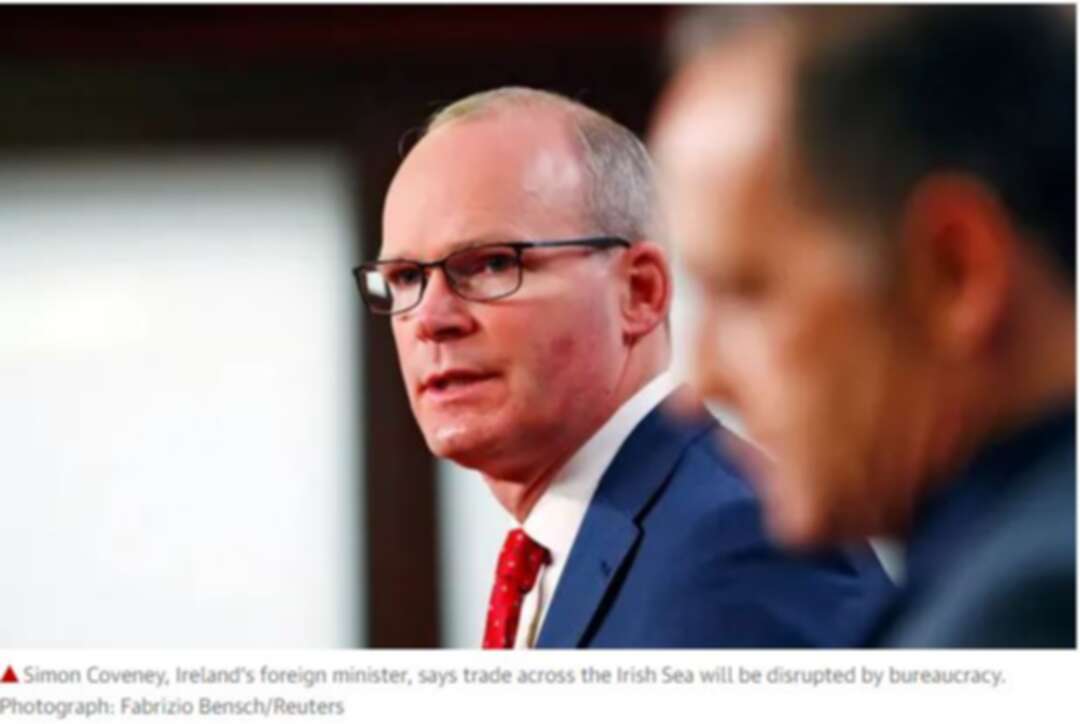 Brexit is “not something to celebrate”, Ireland’s foreign minister Simon Coveney declared after the UK formally severed ties with the EU, as he warned of trading disruptions due to fresh red tape.

In stark contrast to Boris Johnson’s buoyant characterisation of the country’s future following the end of the transition period at 11pm on Thursday, Coveney painted the UK’s departure as a source of regret.

Calling it the end of an era, Coveney said trade across the Irish Sea would be “disrupted by an awful lot more checks and declarations, and bureaucracy and paperwork, and cost and delays”.

But on Friday, as the first ferries arrived in the Republic of Ireland from Britain under the new post-Brexit trade rules, events appeared to unfold smoothly. In Dublin, Irish Ferries’ ship Ulysses docked at 5.55am with about a dozen trucks on board, after travelling from Holyhead in Wales, and there were no delays as the freight trailers cleared customs checks.

Meanwhile, the first ferries also sailed in and out of the port of Dover uneventfully, although it is thought that the real test is yet to come as the New Year is typically quiet and importers had been stockpiling products before the end of the transition period.

In an interview with BBC Radio 4’s Today programme on Friday, Coveney said: “For 48 years, the United Kingdom really has been a central part of the European Union. And that is now firmly ending with the end of the transition period … For all of us in Ireland, that is not something to celebrate. Our relationship with the United Kingdom is so close, so integrated, so interwoven, if you like, politically, economically and from a family perspective.

“My own personal story is so shaped by the Anglo-Irish relationship, and that’s the same for so many other Irish people, so we’re seeing the United Kingdom moving in a different direction on its own, chasing some notion of trying to re-find its sovereignty and … that is something that we regret but, of course, we accept because it was a democratic decision.” 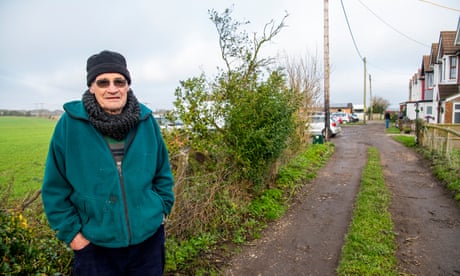 Despite Downing Street securing a trade deal with Brussels on Christmas Eve – which was subsequently fast-tracked through parliament on Wednesday as MPs approved a bill making the agreement UK law – Coveney warned there would still be trade issues. “We’re now going to see the €80bn <£72bn> worth of trade across the Irish Sea between Britain and Ireland disrupted by an awful lot more checks and declarations, and bureaucracy and paperwork, and cost and delays,” he said.

“That is the inevitable consequence, unfortunately, even with a trade agreement which everybody, I think, is very relieved was signed on Christmas Eve.”

“In terms of checks on goods, the whole point of the protocol on Ireland and Northern Ireland linked to Brexit is to maintain an all-Ireland economy in terms of the movement of goods as it is today,” he said. “The only checks will be on goods coming from GB into Northern Ireland, and those checks will be as limited as possible to protect the movement of goods and services within the United Kingdom as a whole.”

The first ferry from Great Britain operating under the terms of Northern Ireland trading protocol docked in Belfast on Friday on schedule at 1.45pm – the Stena Line ship arrived from Cairnryan, in Scotland, with no evidence of disruption or delay.

In France, the president, Emmanuel Macron, used his New Year’s Eve message to take aim at Brexit, calling it the product of “lies and false promises”.

Meanwhile, in a piece for the Daily Telegraph to mark the new year, Johnson wrote: “Despite the many predictions of failure – and constant suggestions that the talks should be abandoned – we got a great new deal with our European friends and neighbours.”

More than four years on from the Brexit referendum, Johnson also said the country had “taken back control of our money, our laws and our waters”.

He added: “And yet it is also the essence of this treaty that it provides certainty for UK business and industry, because it means that we can continue to trade freely – with zero tariffs and zero quotas – with the EU.”

He described it as a “big win for both sides of the Channel”, continuing: “For us, it means the end of the rancorous bickering about “Europe” that has bedevilled our politics for so long. It means the end of that uneasy feeling that we were constantly being asked to sign up for the details of a project – a giant federal fusion of states – in which we didn’t really believe and hadn’t really bargained for.”

UK judge refuses extradition of WikiLeaks founder Assange to US Doubts among UK scientists whether vaccines will work on S. African COVID-19 variant