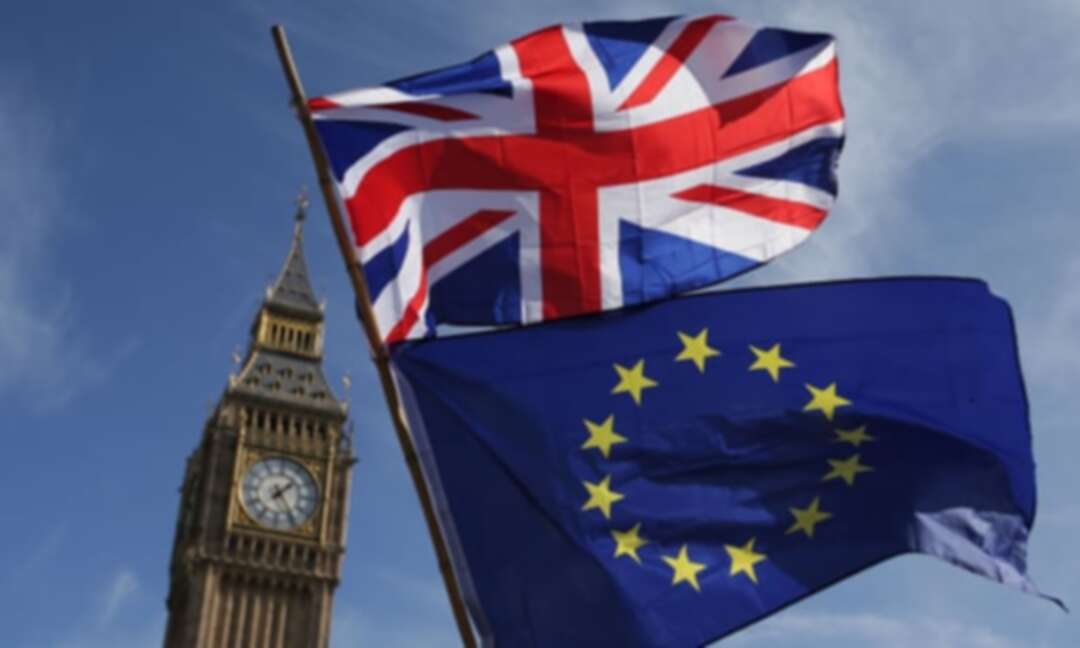 An EU flag and a union jack fly over Big Ben and the Houses of Parliament in London.

The Irish prime minister has called for both sides to “dial down the rhetoric” ahead of crisis talks in London between the European commission’s vice-president, Maroš Šefčovič, and Michael Gove, as tensions escalate over problems in Northern Ireland.

Amid mounting anger in several EU capitals at UK demands for a rethink, Micheál Martin said there were “elements the British government could sort out, but likewise on the European side, I would say some member states need to cool it as well.”

In a letter to Gove late on Wednesday, Šefčovič ruled out major changes to the Brexit deal’s Northern Ireland protocol, saying the EU was not prepared even to consider any “flexibilities” until the UK fulfils the obligations it has already signed up to.

Šefčovič detailed a series of what he called “shortcomings” in the UK’s observance of border arrangements in Northern Ireland under the protocol, which requires goods shipped from Britain to the region to meet strict EU customs rules.

Measures Britain signed up to as part of the agreement, reached last December, “urgently need to be fully and faithfully implemented”, he wrote, as a “prerequisite to assess whether any facilitation, as requested, is necessary or justified”.

The letter reflects growing anger in some EU capitals at what they see as British attempts to exploit controversy over the commission’s brief triggering of article 16 of the protocol last month in an effort to prevent vaccine exports getting into the UK.

The commission president, Ursula von der Leyen, has apologised for the move, saying it was a mistake she deeply regretted, and the commission is working on mechanisms to ensure future EU legislation is double-checked for its impact on Northern Ireland.

But there is resentment among several member states at Britain’s subsequent attempt to capitalise on the commission’s blunder by demanding a wholesale rethink of the protocol, which was designed to prevent a hard border on the island of Ireland.

Boris Johnson last week accused the EU of appearing to “cast doubt” on the Good Friday agreement by triggering article 16, while Gove said the article 16 episode had “changed the political situation” and demanded fundamental changes to the protocol.

EU diplomats have objected particularly strongly to the tone of a letter from Gove, who co-chairs the EU-UK joint committee on Northern Ireland with Šefčovič, to his European counterpart, with one describing its tone as “extraordinary”.

With freight arriving in Northern Ireland from Britain facing serious delays and disruption, Gove demanded a two-year postponement of the introduction of full checks on supermarket food, medicines and parcels until 2023.

He also called for an “urgent reset” of the other parts of the protocol, including a permanent reduction of bureaucratic barriers hindering the movement of pets, plants and food products to the region, through “political, not technical” solutions.

“It’s clear the commission made a serious mistake on article 16,” another EU diplomat said. “But the British response is transparent and infuriating. It is using that mistake as an excuse to demand we tear up parts of an agreement it signed up to.”

David Frost, the UK’s chief Brexit negotiator, told the Lords EU committee on Tuesday that a resolution to the increasingly strained relations required a “different spirit” from the EU, which he said was struggling to get used to a “genuinely independent actor in its neighbourhood”.

But Šefčovič said in his reply to Gove that “blanket derogations” from EU rules on meat products and parcels “cannot be agreed beyond what the protocol foresees already”, while more flexibility on pets and plants would entail “the UK committing to align with the relevant EU rules”.

The EU vice-president also said Britain was not complying with the terms of the protocol in a number of areas. Border control posts at ports in Northern Ireland were “not yet fully operational”, he said, while official controls were “currently not being performed in compliance with the withdrawal agreement protocol and EU rules”.

There were “very few identity checks” on goods and “a very limited number of physical checks other than on live animals, fish and plants”, he said, while “non-compliant consignments” were being accepted even if destined for Ireland.

Packages were not being monitored as required, goods were entering Northern Ireland “without being declared or without valid certificates”, and the UK had “not fulfilled its obligation” to allow the EU real-time access to key customs IT systems.

A UK government spokesperson said it was “disappointing” that the commission had “failed to acknowledge the shock and anger felt right across the community in Northern Ireland from its decision to trigger article 16, and the need to take urgent steps to restore confidence as a result”.

“The chancellor of the duchy of Lancaster

Israel razes home of Palestinian accused of killing settler in occupied West Bank Half of UK exporters to EU are having Brexit difficulties, survey finds