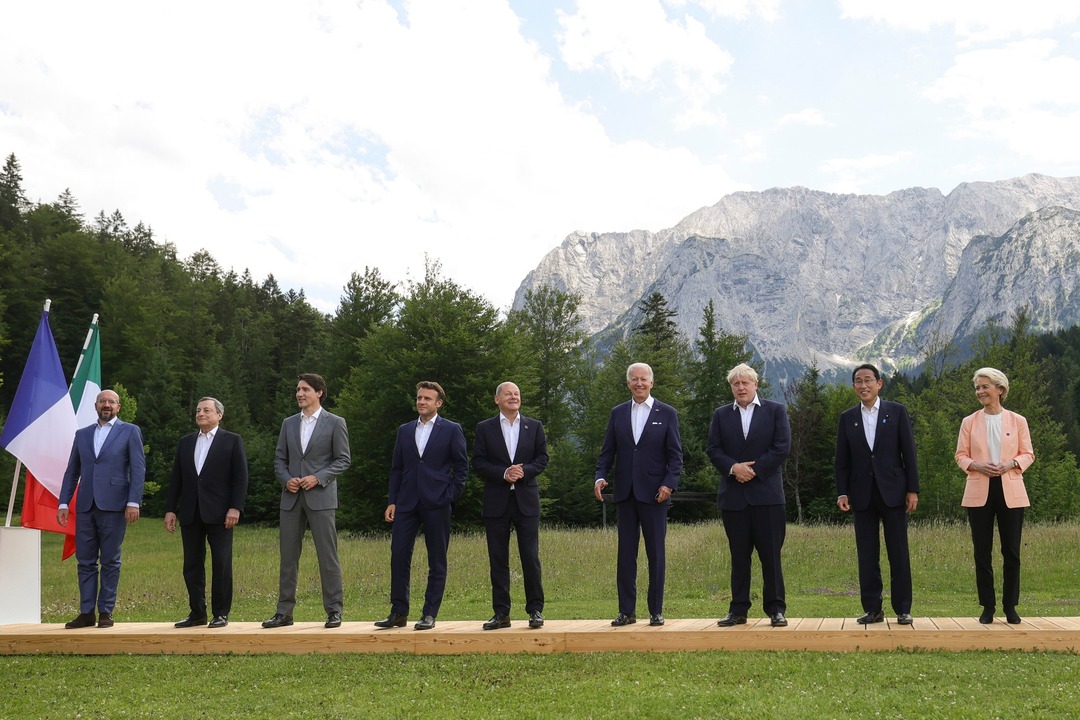 "We're working on it, we're all working on it," he said at the start of a five-way meeting with France's Emmanuel Macron, Italy's Mario Draghi, Germany's Olaf Scholz and the U.S.'s Joe Biden, when asked if they were going to get the grain out of Ukraine.

Ukraine's bulk grain exports are being hindered by a Russian blockade of its Black Sea ports, forcing exporters to use less efficient land routes.

There's mounting evidence that Russian forces in occupied areas of Ukraine have been systematically stealing grain and other produce from local farmers, the BBC reported.

The BBC tried to contact more than 200 farmers whose land is now in Russian-occupied territory.

One farmer told the BBC that Russian forces now occupy 80% of the tens of thousands of hectares he farms and accuses them of stealing grain on an industrial scale.

Grain trucks were stolen and Dmytro says a couple of them had GPS trackers fitted.

The BBC were able to use this data to see they had gone south into Crimea, which Russia annexed in 2014, and then on to Russia.

Ukraine produces about a fifth of the world's high-grade wheat and 7 percent of all wheat.