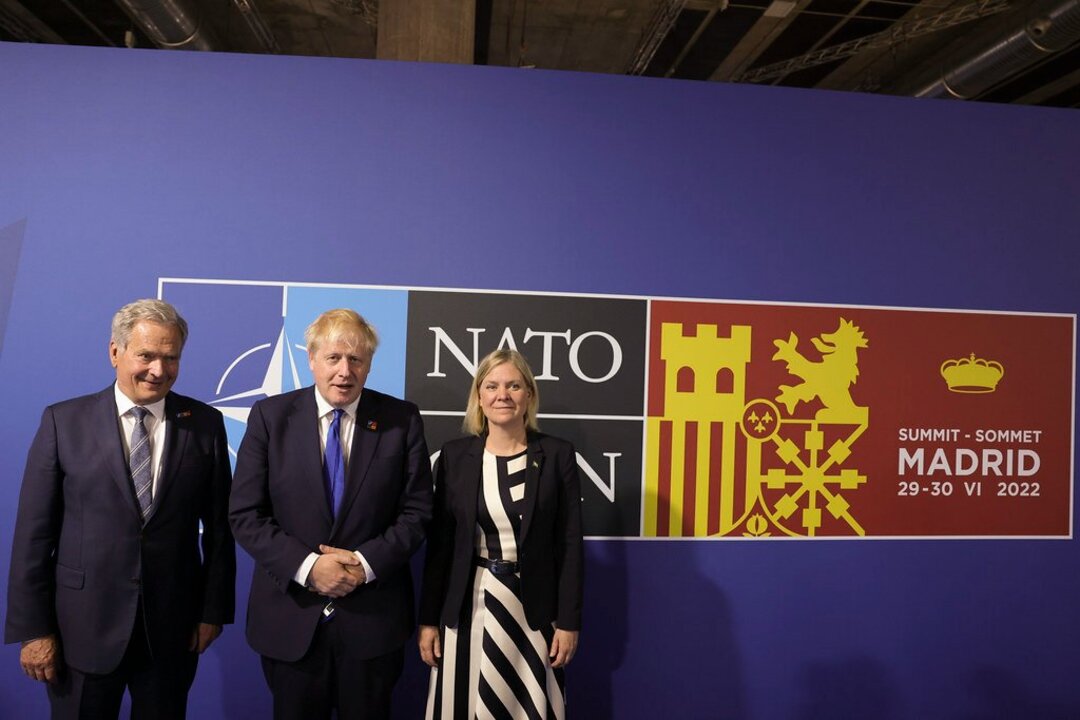 The accession of Finland and Sweden to NATO will permanently strengthen our defensive Alliance, helping to keep us all safe - UK PM Boris Johnson's official Facebook page

Johnson told a news conference at the NATO Summit in Madrid: "If you wanted evidence of the amazing ability of the Ukrainians to fight back to overcome adversity and to repel the Russians then look at what has happened just today on Snake Island, where again Russia has had to cede ground.”

"In the end it will prove impossible for Putin to hold down a country that will not accept his rule," he added.

Russian defence officials said on Thursday (June 30) that troops have abandoned their positions on a captured Ukrainian island, a major setback to their invasion effort that weakens their blockade of Ukraine's ports.

Snake Island became a symbol of Ukrainian resistance in the first days of the war, when the rocky outcrop's defenders told a Russian warship that called on them to surrender to "go f*ck yourself," an incident that spurred a defiant meme.

It was also a strategic target, sitting aside shipping lanes near Ukraine's port of Odessa. Russia had attempted to install missile and air defence batteries while under fire from drones.

The news from the Black Sea came as NATO leaders wrapped up their summit in Madrid, intent on demonstrating their unity and determination to back up Kyiv with advanced weapons in the face of Moscow's assault.