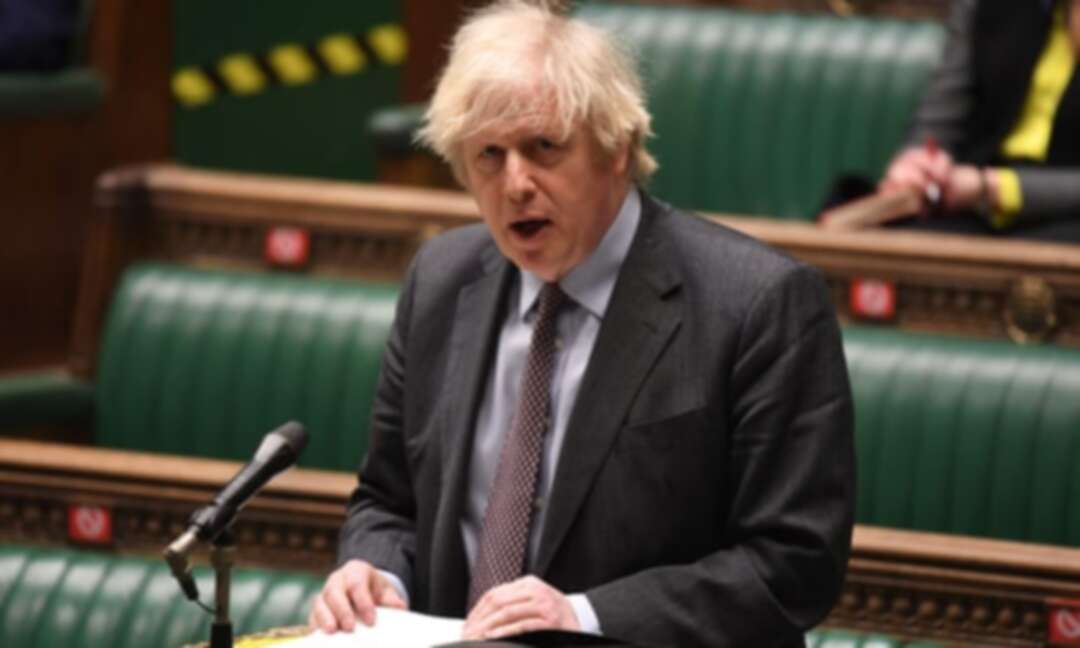 Boris Johnson in the House of Commons on 22 February when, according to the MPs’ letter, he breached the ministerial code by saying details of government contracts were ‘on the record for everybody to see’.

A cross-party group of MPs has pushed for formal action against Boris Johnson for allegedly misleading the Commons over the transparency of Covid contracts, saying the cabinet secretary, Simon Case, incorrectly cleared the prime minister of wrongdoing.

In a letter to Case the three MPs, who are working with the Good Law Project, said it was “abundantly clear” Johnson had breached the ministerial code by telling parliament on 22 February that details of multibillion-pound Covid-19 government contracts were “on the record for everybody to see”.

Three days earlier a high court judge had ruled that the Department of Health and Social Care acted unlawfully by failing to publish the government contracts within the necessary 30-day period, after a challenge led by the Good Law Project.

In March the Labour MP Debbie Abrahams, Layla Moran of the Liberal Democrats, and the Greens’ Caroline Lucas first wrote to Case, the most senior UK civil servant, to ask him why Johnson had said contracts had been published when at that time they had not.The final judgment in the contracts high court case, on 5 March, noted that of 708 relevant contracts, only 608 had been published.

In a letter to the three MPs, sent last week, Case said: “The information required to make that judgment was provided to the courts in advance of that final judgment. It is therefore incorrect to assume that the judgment reflects the status on that particular day.”

Case referred the MPs to comments by the junior health minister Edward Argar, who told the Commons on 9 March that when Johnson had spoken the previous month, “the details for all the contracts under scrutiny were published”.

Case added that it was, anyway, not his role to enforce the ministerial code, as ministers were “personally responsible for deciding how to act and conduct themselves in the light of the code, and for justifying their actions and conduct to parliament and the public.”

But in a new letter to Case, sent on Tuesday, Abrahams, Moran and Lucas expressed “serious concern regarding the inaccuracies in your response”.

They wrote: “What the prime minister told parliament was not true. A large number of contracts – and details of those contracts – were neither ‘there for everybody to see’ or ‘on the record’. Unlawfully, their publication had been delayed.”

An example cited in the letter was a £23m contract given by the health department to Bunzl Healthcare, which was not published before 8 March. As such, the letter said, it was “abundantly clear” that Johnson had breached the ministerial code, which sets out that ministers must be accurate when addressing parliament.

In a separate statement, Abrahams said: “It is absolutely clear that not only has the prime minister misled parliament about when PPE contracts were published, breaking the ministerial code in the process, but that he has presided over appalling cronyism in the awarding of these contracts.”

Jo Maugham, the director of Good Law Project, said Case “has no answer because the simple truth is that the prime minister misled parliament. What is surprising is that a senior civil servant should participate in an attempt to disguise that simple truth from the people.”