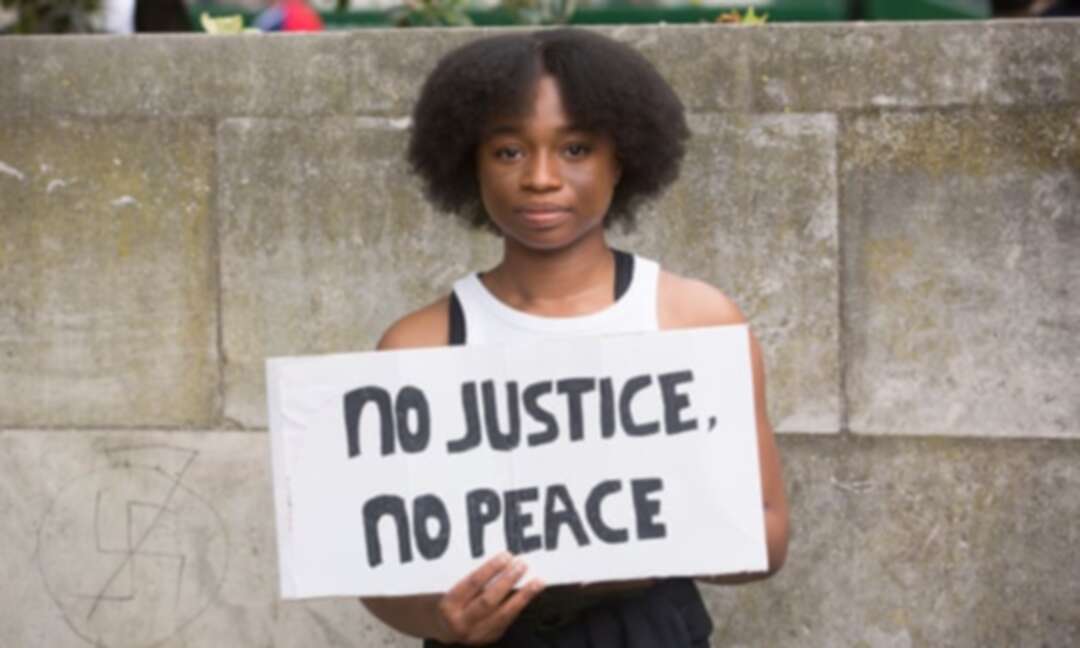 A protester holds a placard at a BLM protest in Hyde Park, London. The open letter to the PM stressed he should implement recommendations of earlier reports into racial injustice.

Boris Johnson has been urged to repudiate and withdraw last week’s much derided race disparity report, which provoked a huge backlash from critics who accused it of downplaying racism in the UK.

Since the government-appointed Sewell commission published its findings last Wednesday, experts have accused its members of downplaying evidence of discrimination in areas ranging from health to education and business/employment to criminal justice. Additionally, leading academics cited in the report have said they were not properly consulted and/or have dissociated themselves from it.

The prime minister, who has been accused of selecting commissioners to deliver politically convenient findings, distanced himself from the report last week, saying: “I’m not going to say we agree with every word.” However, the signatories to the letter, published on Tuesday, argue he did not go far enough.

They say: “Should you and your government be genuinely committed to acknowledging and addressing the issue of racial equity in the UK, we would call on you to repudiate the commission’s findings immediately and withdraw its report …

“Disingenuous claims, including the commission’s assertion that its research found no evidence of institutional racism in the UK, have provoked public incredulity and national indignation. The danger is that a report so lacking in credibility will be left to circulate and take us back to the ‘colour bar’ of the 1960s.”

The signatories, who also include Operation Black Vote, Windrush campaigner Patrick Vernon and the National Education Union, state that ultimate responsibility lies with Johnson and urge him to set up a “genuinely credible” prime ministerial taskforce.

As a first step, they say it should implement the recommendations of longstanding reviews into racial injustice, including the 2010 Marmot review into health inequalities, the 2017 Lammy review into the criminal justice system, and last year’s report into the Windrush scandal by Wendy Williams. They also call on the government to “assert its commitment to extant equalities legislation and to uphold the public sector duty on equality and foster good relations”.

Halima Begum, chief executive of the Runnymede Trust, said: “Researchers and civil society groups that have years of experience under their belts can see this report for what it is – entirely lacking in credibility and written with scarcely a scintilla of empathy for the realities of racism, and in contradiction of the overwhelming evidence.

“More worryingly still, it would appear that this report was written to a predetermined brief and in anticipation of what the prime minister wanted to hear … Under no circumstances can this report ever be used to justify or substantiate any form of government policy.”

Gracie Bradley, interim director at Liberty, said the government was “complicit in violating the rights of racial minorities” through the hostile environment, Prevent, prison camps for refugees and increased police powers, including those proposed in the new policing bill.

She said the Black Lives Matter protesters last year, “weren’t demanding another policy report – they were demanding action for racial equality. Whatever the government’s ‘yes people’ publish, that demand will not be silenced”.

The letter came as the Consortium of Black, Asian and Minority Ethnic Health Professional Networks warned the commission’s report could put lives “at further risk”.

Dr Salman Waqar, coordinator of the 37-member consortium, told the news agency, PA media, that its “flawed conclusions” could lead to “putting in resources and attention into areas where it’s not needed, possibly inflaming the situation or making it worse”.

No 10 said the prime minister had commented when the report was published and would not be responding further at present.