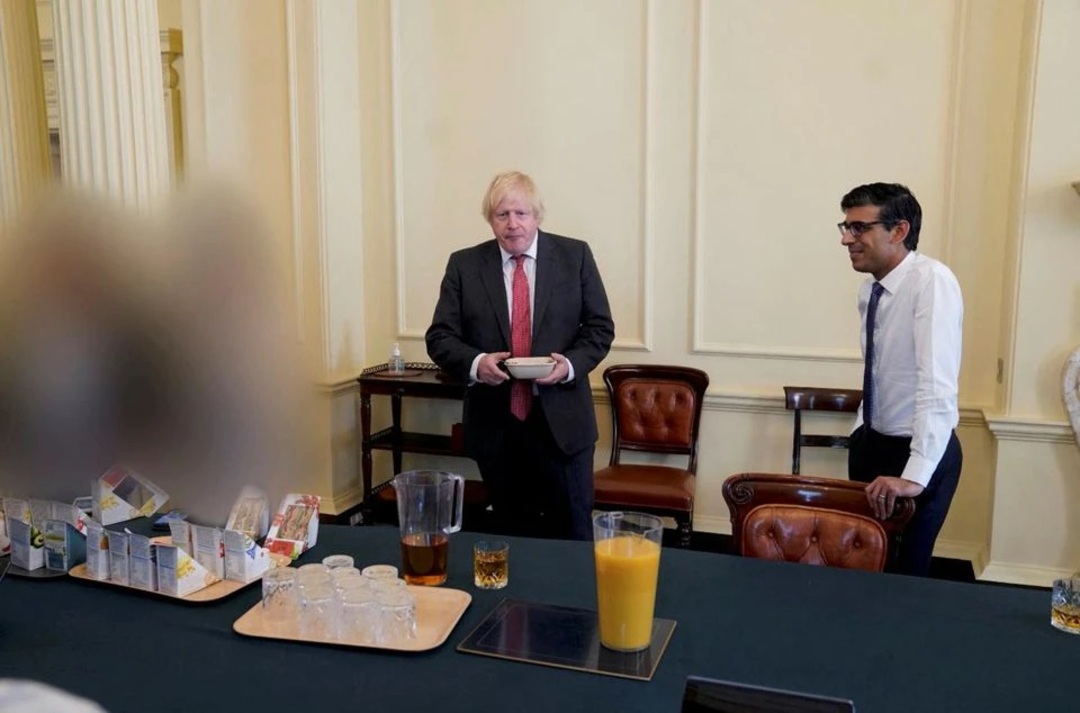 British Prime Minister Boris Johnson and Chancellor of the Exchequer Rishi Sunak are seen in cabinet room in 10 Downing Street during Johnson's birthday, in London, Britain June 19, 2020 in this picture obtained from civil servant Sue Gray's report published on May 25, 2022. Sue Gray Report / gov.uk/Handout via REUTERS

British Prime Minister Boris Johnson has taken full responsibility for parties held at his Downing Street office that broke COVID-19 rules, but is refusing to resign over the scandal, the Xinhua reported.

A much-anticipated report commissioned by the government, published on Wednesday, investigates 16 events held at Downing Street in 2020 and 2021.

"Many of these events should not have been allowed to happen," Gray's report underlines. "The senior leadership...must bear responsibility for this culture."

She adds: "Those in the most junior positions attended gatherings at which their seniors were present."

Johnson attended some of the events, including a surprise birthday party organized for him on June 19, 2020, for which he received a fine from the Metropolitan Police (Met).

Last week, The Met wrapped up its own inquiry into lockdown breaches at Downing Street, issuing a total of 126 fines to 83 people.

Speaking to lawmakers at the weekly Prime Minister's Questions (PMQs) session in the House of Commons (lower house of Parliament) after the Sue Gray report was published, Johnson said he took "full responsibility for everything that took place under my watch."

However, he added that he had been as "surprised and disappointed as anyone else in this House at the revelations."

Johnson's political opponents have renewed their calls for his resignation now that both investigations on the lockdown parties have been published.

Referring to a "catalogue of criminality" exposed in Gray's report, Labour leader Keir Starmer said it was time for Johnson "to pack his bags" and "restore dignity" to the office of the prime minister.

The opposition leader said: "They pretend that the Prime Minister has somehow been exonerated, as if the fact that he only broke the law once is worthy of praise."

He added: "The truth is they set the bar for his conduct lower than a snake's belly and now they expect the rest of us to congratulate him as he stumbles over it."