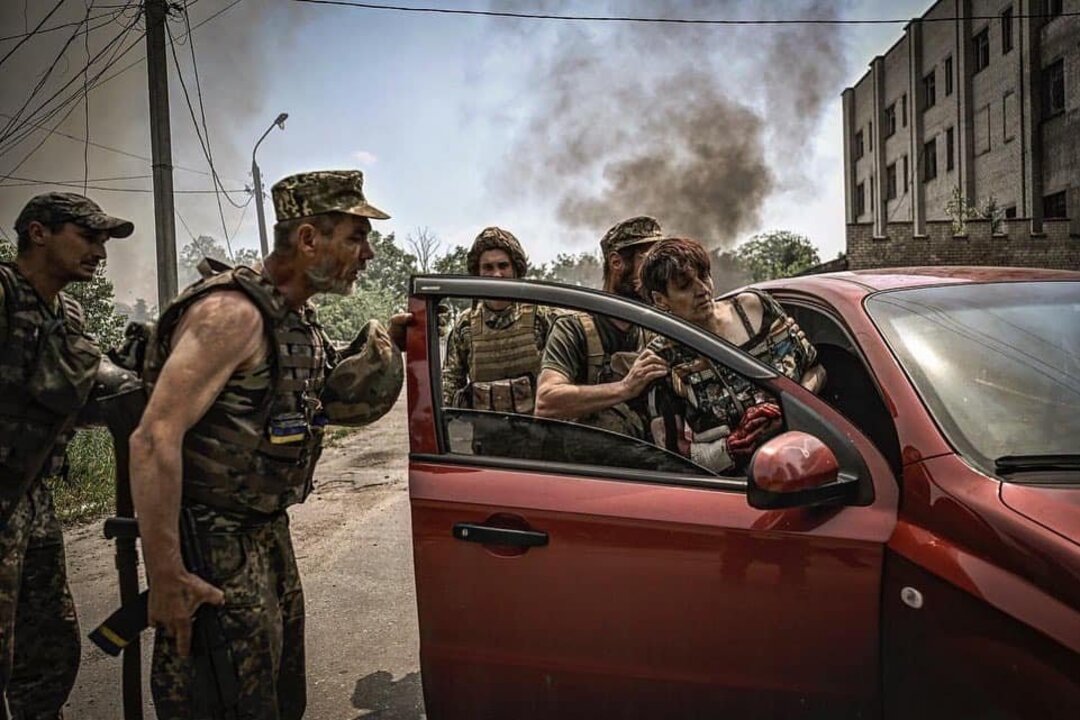 Russian invasion: This woman was caught under heavy fire and was seriously injured. Ukrainian defenders applied a tourniquet to stem the blood flow and delivered her to the nearest medical base - Euromaidan Press

UK PM Boris Johnson has claimed that Russian President Vladimir Putin would not have invaded Ukraine if he were a woman.

The UK prime minister said the "crazy, macho" invasion was a "perfect example of toxic masculinity" and he called for "more women in positions of power", the BBC reported.

Mr Johnson's comments come ahead of a NATO meeting where allies will discuss how to respond to future threats.

Speaking after the G7 summit of wealthy nations in Bavaria, Mr Johnson gave an interview to German broadcaster ZDF.

While speaking about gender equality and the importance of education, he said "you need more women in positions of power."

Mr Johnson said: "If Putin was a woman, which he obviously isn't, but if he were, I really don't think he would've embarked on a crazy, macho war of invasion and violence in the way that he has.”

"If you want a perfect example of toxic masculinity, it's what he's doing in Ukraine."

Mr Johnson also said that while G7 leaders "desperately" want an end to the war in Ukraine, there is "no deal available" currently.

But he also described the summit as "incredible" as leaders "got closer and closer" to an agreement.

Mr Johnson said the West must support Ukraine's military strategy, in order to get President Volodymr Zelensky "in the best possible position" in negotiations with Russia "when talks eventually come".