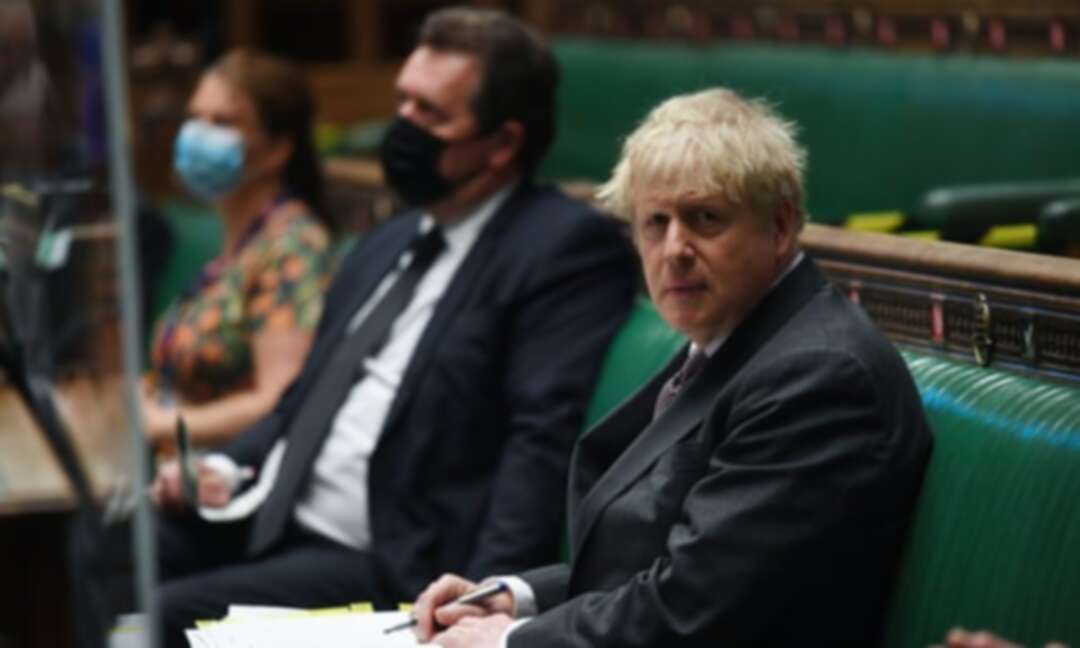 A defiant Boris Johnson said he would publish his text messages and make no apology for the exchanges.

Boris Johnson is regularly texted by business leaders and politicians, sources have admitted, though a loophole in the ministerial code means only meetings and not text messages need to be disclosed.

Sources described internal Downing Street concerns after the prime minister was revealed to have texted the pro-Brexit billionaire Sir James Dyson last year, promising that his staff would not have to pay extra tax if they came to the UK to make ventilators during the pandemic. “I will fix it tomo! We need you. It looks fantastic,” Johnson wrote.

There is also growing concern inside Whitehall that “government by WhatsApp” and text message is no longer sustainable, and some of the seven inquiries newly commissioned into lobbying are likely to recommend change.

At prime minister’s questions, a defiant Johnson said he would publish his text messages and “make absolutely no apology” for the exchanges, which were revealed by the BBC. The SNP leader, Ian Blackford, said Johnson must “publish all personal exchanges on these contracts before the end of the day”.

Johnson said: “There’s absolutely nothing to conceal about this and I am happy to share all the details with the House, as indeed I have shared them with my officials, immediately.” No 10 could not commit to when the disclosures would happen.

There is concern that the prime minister has distributed his number liberally in the past and was regularly contacted by businesses leaders, politicians and other individuals. “He is constantly lobbied by phone,” a Tory source said. “He may be running everything past private office but it could become a big issue.”

One adviser said the PM had brought up in meetings that he had been texted by individuals offering advice on policy issues.

Johnson is reported to have been texted by the Saudi leader, Mohammed bin Salman, over the proposed takeover of Newcastle United football club. He also reportedly joined the ultra-secure messaging service Signal.

Labour leader Keir Starmer told the Commons the Dyson exchanges amounted to “sleaze, sleaze, sleaze” and raised serious concerns about preferential treatment for those with the PM’s personal number.

Hannah White, deputy director at the Institute for Government, added: “Ministers need to tread an incredibly fine line when deciding whether a text exchange with an acquaintance has crossed the line into lobbying and so should be declared ... In case of any doubt they would be well advised to treat texts as formal communications.”

No 10 has commissioned an independent inquiry after former prime minister David Cameron lobbied for the now-collapsed finance company Greensill.

There is no requirement in the ministerial code to declare lobbying approaches made by text, and no clear guidance on whether the code covers virtual meetings. However, texts to the prime minister concerning government business are covered under freedom of information legislation.

No 10 rejected suggestions that Johnson’s text exchanges with Dyson, or the chancellor’s subsequent confirmation that such workers’ tax status would not be affected, broke any rules. The PM’s spokesperson said: “He alerted officials after his contact with Dyson and then that passed on to officials to work up the advice. It came to the house, it was voted on in parliament.”

It is understood that Dyson passed last year’s texts to members of his team who sent them to government officials as an indication of the PM’s strength of feeling, meaning they were disseminated within No 10, the Treasury and Cabinet Office. Insiders do not believe Johnson’s phone was hacked and his spokesperson said there would be no leak inquiry.

A senior former Whitehall insider said Johnson’s mobile use raised questions about decision-making at the top of government. A former intelligence official said: “I suspect James Dyson is not at the top of the securocrats’ worry list. But you have to ask whether this episode is indicative of a wider carelessness in government.”

The former official said he believed the key issue was whether the conclusion of Johnson’s exchange with Dyson was properly recorded. Ministers can use mobiles for government business, as long as ministerial decisions can be noted and acted on.

“This is about standards in government, and whether the prime minister’s actions are auditable,” they added. No 10 said all procedures were properly followed.

All ministers, including the prime minister, are given a security briefing on entering office, and told they can be prosecuted under the Official Secrets Act if they pass classified information via a mobile device or any other means. They are also given the opportunity to have their mobile upgraded if they are prepared to hand their old phone to Whitehall technical experts.

Labour has asked the parliamentary liaison committee to launch a full investigation into Johnson’s conduct and asked them to request the release of all correspondence on his phone about government business.

A government source said they believed the texts were legitimate in the circumstances. “We were facing a shortage of ventilators. It was possible that doctors might have to choose patients to go on them and who gets to live. That is what the public would have been angry about.”

Dyson said he was proud of his firm’s response in “the midst of a national emergency” and would “do the same again if asked”. He added: “When the prime minister rang me to ask Dyson to urgently build ventilators, of course I said yes.

“Our ventilator cost Dyson £20m, freely given to the national cause, and it is absurd to suggest that the urgent correspondence was anything other than seeking compliance with rules, as 450 Dyson people – in UK and Singapore – worked around the clock, seven days a week to build potentially life-saving equipment at a time of dire need.”