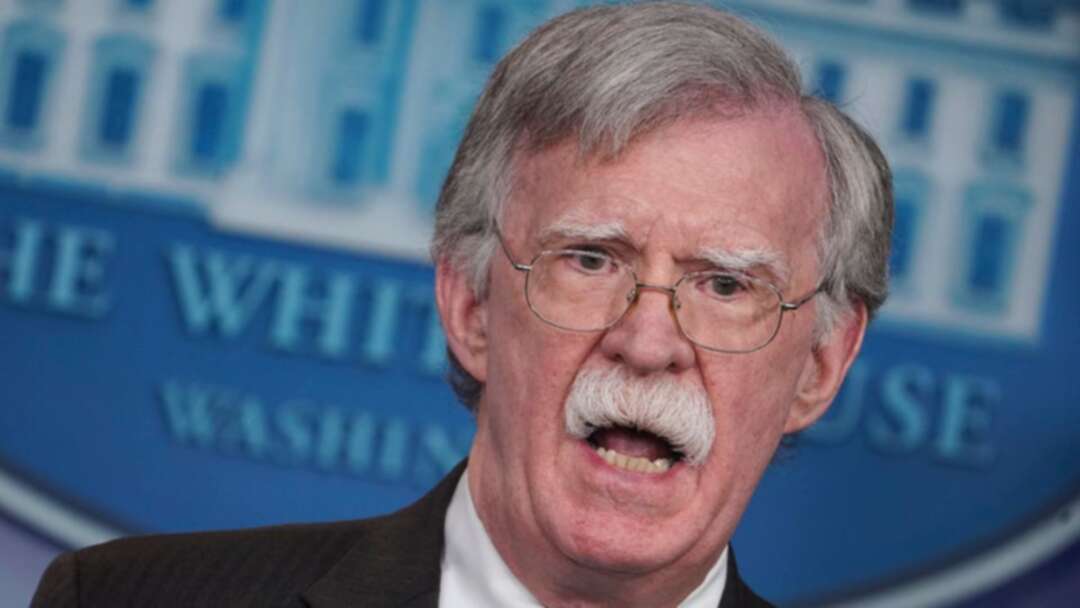 Bolton stressed that Iran's relentless attempts to circumvent sanctions and support the Syrian regime were unacceptable.

The US national security adviser said Washington continues to put pressure on Iran to stop its aggressive behaviour. He reiterated that US President Donald Trump has repeatedly declared that he would not allow Iran to acquire nuclear weapons.

On Sunday, Trump commented on Iran's decision to lift its uranium enrichment beyond what is allowed in the comprehensive nuclear agreement by saying "Iran is doing a lot of parlous things."

He threatened Tehran to be cautious or else it would be stripped of its nuclear project. He said, "Iran will never have a nuclear weapon."

On Monday, the report of the atomic energy inspectors confirmed Iran's violation of the level of uranium enrichment and asserted that Tehran is enriching uranium to prohibited levels.

The IAEA mentioned in a report seen by Reuters that Iran has enriched uranium with a purity higher than it was stipulated in the nuclear agreement.

"IAEA inspectors have recently found out that Tehran had enriched uranium to a level higher than 3.67 percent," the IAEA spokesman stated.

A report, sent to IAEA member states, said the IAEA had verified the level of uranium enrichment via online devices to monitor enrichment. It was added that samples had also been taken for examination.

The ISNA news agency reported, quoting a spokesman for Iran's Atomic Energy Organization, that Iran began enriching uranium with a level of more than 4.5 percent on Monday.

"This morning, Iran has exceeded the 4.5 percent threshold for uranium enrichment," the agency commented. Iran had announced earlier on Sunday it would exceed the 3.7 percent limit on uranium enrichment imposed by the nuclear deal in 2015.

The European Union has called on Iran to halt all its uranium enrichment activities—violating its commitments to the agreement with major powers over its nuclear program.

"We strongly urge Iran to stop its activities that are contrary to its obligations under the Nuclear Agreement," stated spokeswoman for the European Diplomacy, Maia Kosiancic. She added that the EU was "very concerned" over Iran's announcement last week.