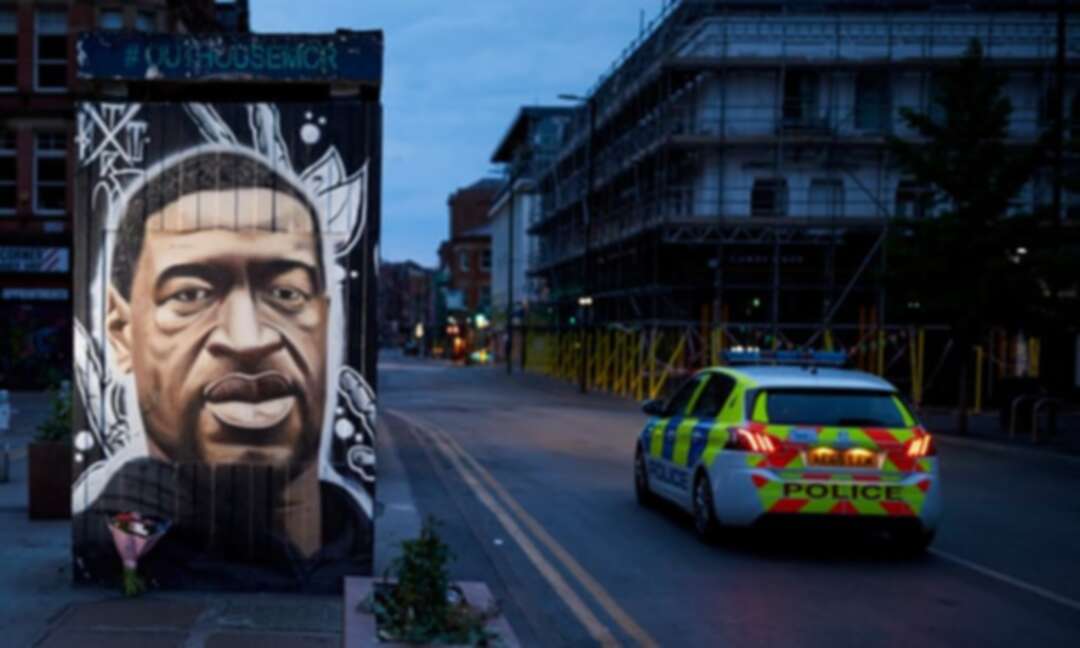 A mural in Manchester depicting George Floyd, who died after a police officer knelt on his neck and whose death sparked Black Lives Matter protests around the globe.

Activists behind many of last summer’s Black Lives Matter protests have accused the police of targeting and harassing them in an effort to stop them from taking part in demonstrations against a police bill.

As protesters gathered in Parliament Square on Monday, black activists told the Guardian that they received reports that police at the demonstration were approaching black women and asking their names. The activists believe these were attempts to flush them out before the protest got under way.

The Guardian was also told that police had been calling activists from the morning, asking their whereabouts and what time they had intended to go to the protest. “We had to put a call out to black people that we know not to turn up,” one said.

Groups from the UK’s BLM movement have been an active part of the coalition of protest groups and civil society organisations that are opposing the controversial police, crime, courts and sentencing bill, which had its second reading on Tuesday.

Activists from the groups Black Music Movement, Black Lives Matter Leeds and United for Black Lives played a key role in drafting a statement, published by Extinction Rebellion on Monday and signed by more than 100 antiracist groups, which warned over the impact of the bill.

They said: “During last summer’s protests it became clear that some of us were being targeted by police, who called us, emailed us, monitored us and shut down some of our social media accounts. We have repeatedly been threatened with arrest and jail time, causing some of us to fear for our physical safety for nearly a year.

“The persecution of black activists, particularly the women among us, shows exactly why killing this bill is so crucial. If it passes we will be unable to protest and use our voice to challenge the inequalities faced by our communities. We are under no doubt whatsoever that it will exacerbate the racial bias and prejudice within the UK police, which will ultimately lead to further arrests and intimidate other people from expressing their democratic right to protest.”