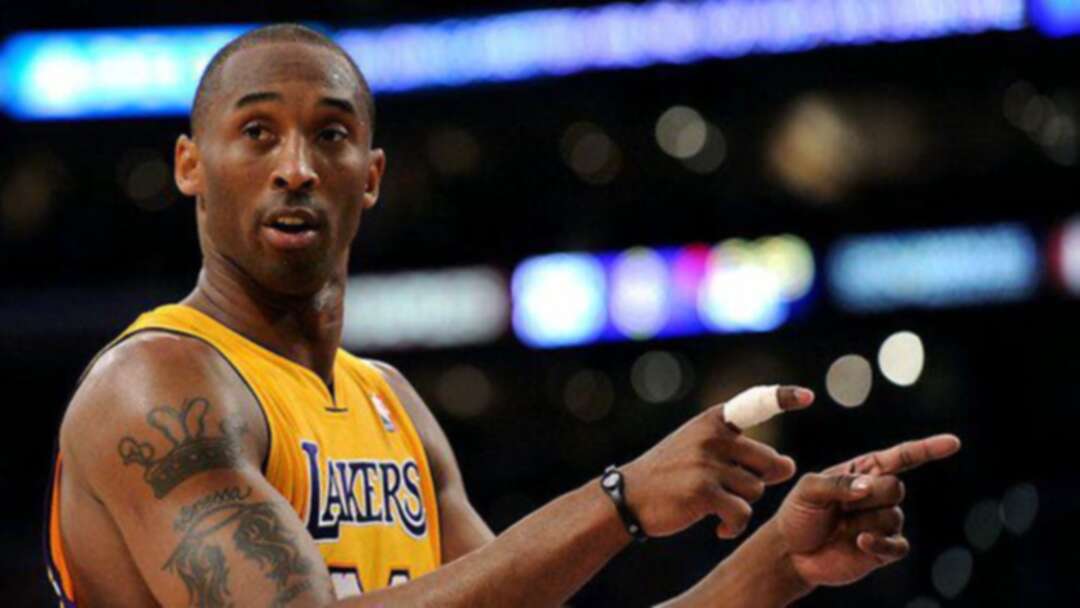 Kobe Bryant, one of the NBA’s all-time greatest players whose international stardom transcended basketball, was killed at age 41 on Sunday in a helicopter crash near Los Angeles along with his 13-year-old daughter and seven others on board, officials said.

Bryant rocketed to fame as an 18-year-old rookie and played 20 years for the Los Angeles Lakers - 18 of them as an all-star - winning five NBA championships. His death sent shockwaves through the National Basketball Association, which he helped propel to international prominence, and around the world.

The cause of the crash was unknown, and an investigation by the Federal Aviation Administration and the National Transportation Safety Board could take months.

Bryant was known to travel frequently by helicopter to avoid Los Angeles’ infamous traffic, dating to his playing days.

“There were no survivors,” Los Angeles County Sheriff Alex Villanueva told a news conference, saying the manifest showed nine people on board. He declined to identify them.

NBA Commissioner Adam Silver confirmed Bryant and his daughter Gianna were among those killed and sent condolences to Bryant’s wife, Vanessa.

“He was one of the most extraordinary players in the history of our game with accomplishments that are legendary,” Silver said, as tributes poured in from players, politicians, and entertainers.

Among the others on board, in addition to the pilot, were a teammate from Bryant’s daughter’s basketball team and a parent of the teammate, NBC News reported.

“This is a moment that leaves us struggling to find words that express the magnitude of shock and sorrow we are all feeling right now, and I am keeping Kobe’s entire family in my prayers at this time of unimaginable grief,” Los Angeles Mayor Eric Garcetti said in a statement.

In San Antonio, the Toronto Raptors and San Antonio Spurs paid their respects by allowing the 24-second clock to expire on each of their first possessions. Bryant wore No. 24 for much of his career.

“There are no words to express the pain I'm going through with this tragedy of losing my niece Gigi & my brother @kobebryant I love u and u will be missed,” tweeted Bryant’s former Lakers teammate Shaquille O’Neal. “My condolences go out to the Bryant family and the families of the other passengers on board. IM SICK RIGHT NOW.”

“Most people will remember Kobe as a magnificent athlete who inspired a whole generation of basketball players. But I will always remember him as a man who was much more than an athlete,” Kareem Abdul-Jabbar, the all-time NBA scoring leader, said on Twitter.

Stunned fans gathered outside the Staples Center in Los Angeles around a wreath with a message: “Kobe we love you RIP.” Some in the crowd dabbed tears as others laid flowers and basketball sneakers at the wreath.

“This is a moment that leaves us struggling to find words that express the magnitude of shock and sorrow we are all feeling right now, and I am keeping Kobe’s entire family in my prayers at this time of unimaginable grief,” Los Angeles Mayor Eric Garcetti said in a statement.

The US Federal Aviation Administration identified the crashed helicopter as a Sikorsky S-76, saying in a statement that the FAA and the National Transportation Safety Board would investigate.

Bryant won five NBA championships with the Lakers and was named an NBA all-star 18-times in his 20-year career with the team. He was the third-leading scorer in league history with 33,643 points until LeBron James passed him on Saturday.

He won Olympic gold medals for the United States in 2008 and 2012 and among the candidates this year for induction into the Naismith Basketball Hall of Fame.

Bryant and his wife, Vanessa, have four daughters: Gianna, Natalia, Bianca, and Capri, who was born in June 2019.

Bryant’s star power translated into the entertainment world as he mingled with show business stars in Los Angeles.

In 2018 he won an Oscar for his animated short film “Dear Basketball.”

But he was also accused of sexual assault in 2003 by an employee at a Colorado hotel, tarnishing his reputation and leading to a media storm to cover his trial.

Bryant denied the claims and charges eventually were dropped after the woman refused to testify.

“That is terrible news!” - President Donald Trump via Twitter

“Kobe was a legend on the court and just getting started in what would have been just as meaningful a second act. To lose Gianna is even more heartbreaking to us as parents. Michelle and I send love and prayers to Vanessa and the entire Bryant family on an unthinkable day.” - Former President Barack Obama via Twitter

“Kobe was not only an icon in the sports arena, but he was also a man of the world and touched so many lives and communities in the most positive ways. His star was continuing to rise every day and he knew no limits because of his many intellectual and creative talents and desire to give back to others - his passion for the game, for his family and others was apparent in everything he accomplished.” - NBA Hall of Famer Larry Bird

“Jeannine & I are shocked to hear of the loss of one of my favorite people & one of the best basketball minds in the history of the game! Our hearts and prayers to Vanessa & his girls. @kobebryant you were my biggest fan, but I was yours. #RIPMAMBA” - NBA Hall of Famer Bill Russell via Twitter

“Just devastated to hear about #KobeBryant. An extraordinary athlete, and a genuinely kind, wonderful man. Sending love, prayers & compassion to his family. To his entire @NBA family as well.” - actress Reese Witherspoon via Twitter

“As I tweet through my tears, I am so hurt. I cannot stop crying. Kobe was instrumental to so many people. There is a hole in the basketball world and there will be for a long time. Rest in heavenly peace.” - the Rev. Jesse Jackson via Twitter

“Today we at @WaltDisneyCo mourn the tragic loss of @kobebryant...a giant in sports and a person so full of life. Terrible news and so hard to process....” - Robert Iger, chairman, and CEO of Disney, via Twitter

“A true gladiator in our lifetime. You will be forever in our memories, our children memories, and generations to come.” - rapper Wyclef Jean via Twitter

“I’m at a loss for words. @kobebryant was a long-time friend, an inspiration and we shared our first ever commercial @espn as professionals. I love you forever. #RIPMAMBA” - Retired NFL player Keyshawn Johnson

“Shocked by the death of @kobebryant, an exemplary athlete both on and off the basketball court. Our most heartfelt condolences to his family and loved ones. Rest in peace.” - FC Barcelona football club via Twitter

“Kobe Bryant was a giant who inspired, amazed and thrilled people everywhere with his incomparable skill on the court - and awed us with his intellect and humility as a father, husband, creative genius, and ambassador for the game he loved.” - Eric Garcetti, Los Angeles mayor, via Twitter