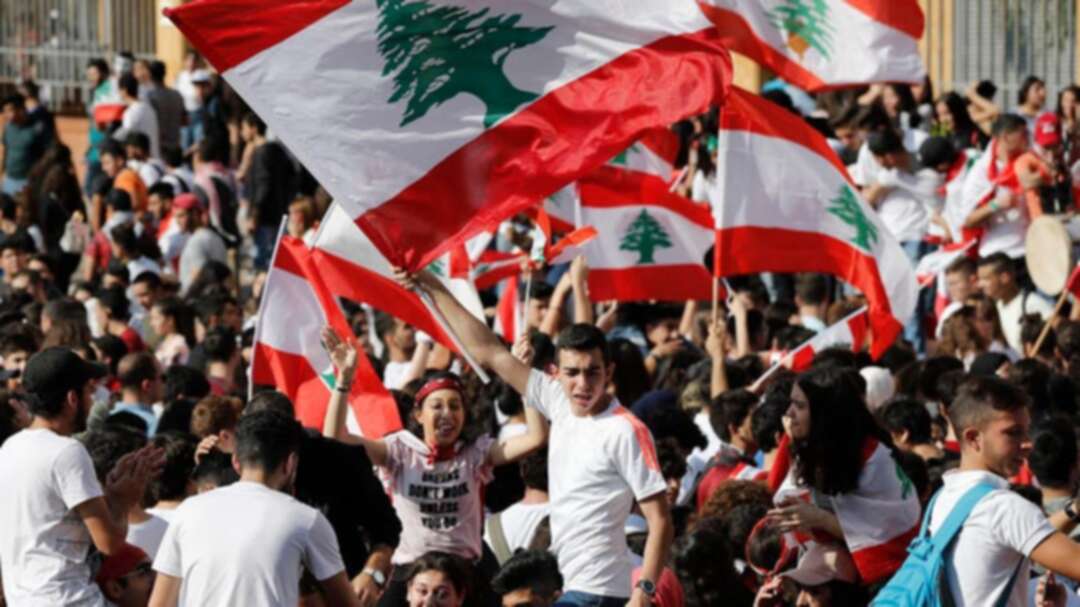 Student protesters wave their national flags as they protest against the government in front of the education ministry in Beirut, Lebanon, Friday, Nov. 8, 2019. (AP)

Banks and schools were shut down across Lebanon on Tuesday as protesters continued to block roads, while dozens of others gathered near the Palace of Justice in central Beirut demanding an independent judiciary.

Several protesters prevented bank employees, as well as judges and lawyers, from entering their places of work nearly a month into protests that erupted due to widespread discontent with politicians seen as inefficient and corrupt.

In as the town of Aley east of Beirut, in the southern city of Tyre, and the eastern town of Baalbek, demonstrators held sit-ins outside or inside the offices of the state telecommunications provider, local media reported.

Many schools and universities were closed, as were banks after their employees called for a general strike in Sidon over alleged mistreatment by customers last week.

Some bank branches, which were closed for nearly half of October, shut again on fears for the safety of staff who have felt intimidated by customers demanding access to their money and protesters who have gathered at banks, a union leader said.

The demonstrations have been fueled by anger at Lebanon’s ruling elite, widely perceived to have overseen rampant state corruption for decades.

Meanwhile, the Lebanese Presidency said that President Aoun on Tuesday presented to Arab ambassadors residing in Lebanon the current developments in the country, and asked for their help in reviving the Lebanese economy.