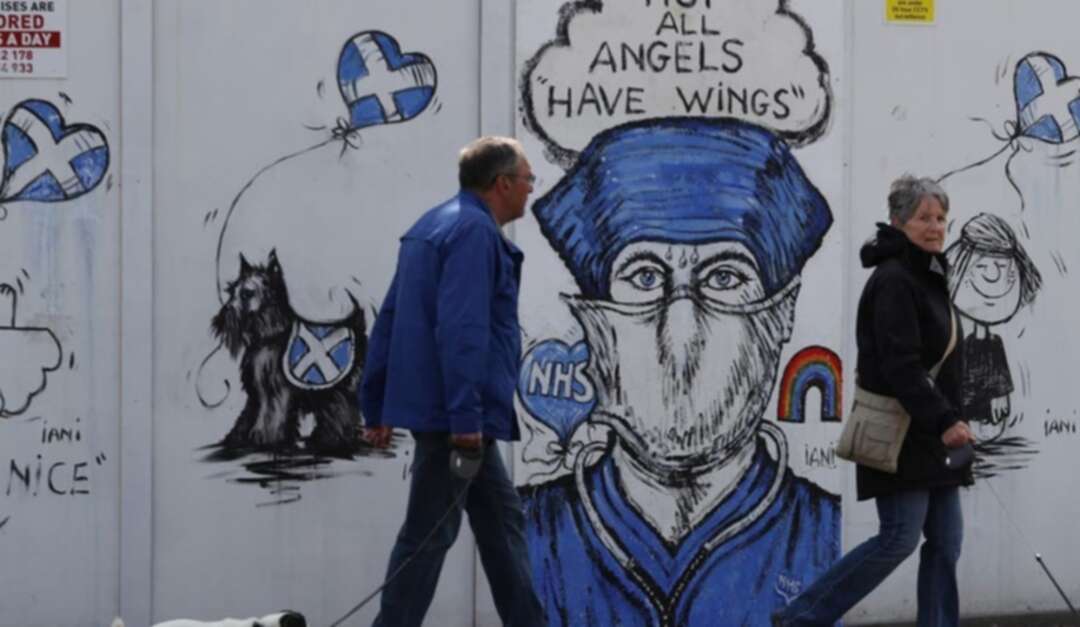 People are seen walking their dogs while passing a graffiti in support of the NHS, as the spread of the coronavirus disease (COVID-19) continues, Perth, Scotland, Britain, April 27, 2020. (File photo: Reuters)

Western Australia’s capital of Perth and the neighboring Peel region will enter a snap three-day lockdown from midnight on Friday after a man tested positive for COVID-19 and was in the community for a number of days following hotel quarantine.

The person is likely to have contracted the virus during his two-week quarantine in a Perth hotel, health officials say, raising concerns about community transmission as more virulent virus strains emerge.

“I know this is hard to take and I wish we didn’t need to do this. But we can’t take any chances with the virus,” Premier Mark McGowan said in a televised news conference.

The man was in Perth for five days before he flew to Melbourne, where he tested positive. Health authorities in Victoria, of which Melbourne is the capital city, are tracing the 257 passengers onboard flight QF778 from Perth.

“The hotel quarantine system, despite all of its improvements, has to face increasingly complex variants of concern,” Victoria state Health Minister Martin Foley said earlier in the day.

McGowan said he has requested the federal government to cut the number of international arrivals per week into Western Australia to 512 from 1,025.

Australia has already tightened its border controls by reducing the number of travelers from India and other virus hotspots.

Having closed its borders more than a year ago, Australia lets mostly citizens and permanent residents return from abroad. Returned travelers, except from New Zealand, have to undergo two weeks of mandatory hotel quarantine at their own expense.

The hotel quarantine system has helped Australia to keep its COVID-19 numbers relatively low compared with other developed countries, with just over 29,500 cases and 910 deaths.