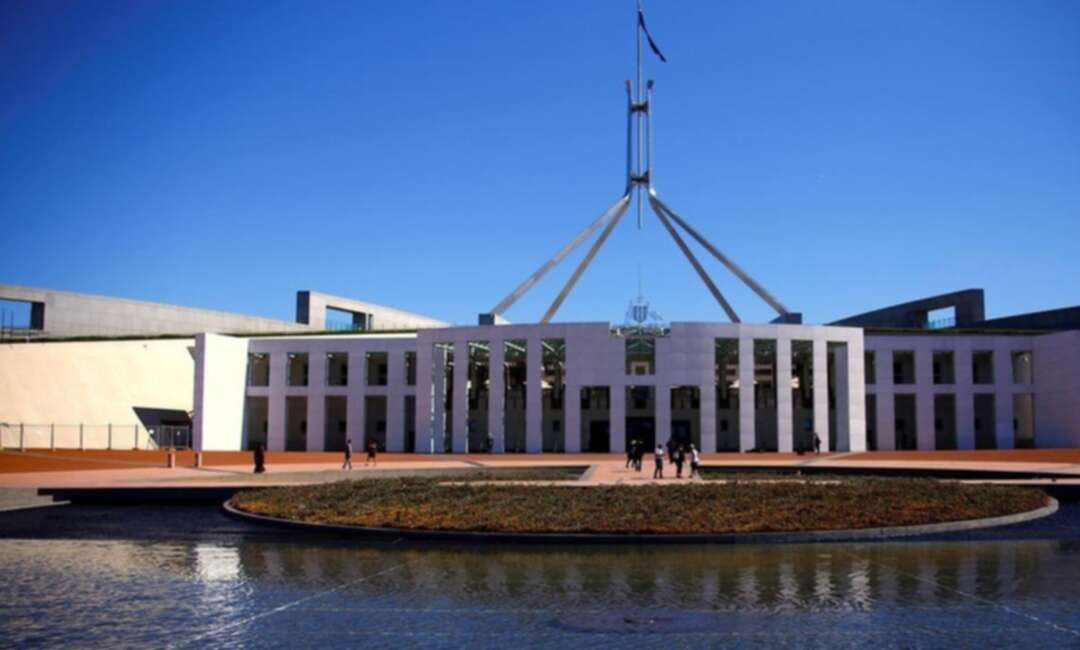 Police on Tuesday ruled out investigating an unnamed Australian Cabinet minister over an allegation that he raped a 16-year-old girl more than 30 years ago.

The accusation has created a cloud over the 16 men in Morrison’s 22-minister Cabinet and is feeding complaints of a culture within Parliament that is toxic for women.

The rape allegation was contained in an anonymous letter sent to the prime minister’s office and to three female lawmakers last week.

The 31-page letter contained a statement from a complainant, taken by her lawyer, that detailed her allegation of a rape she said occurred in Sydney in 1988. The minister had not been elected to Parliament at the time.

The letter, which included excerpts from her diary and a photograph of her with her alleged rapist from 1988, was forwarded by the lawmakers and Morrison to police.

The woman, who has not been named, took her own life in her hometown of Adelaide in June at the age of 49.

Morrison on Monday rejected calls to stand the minister down and to establish an inquiry, saying police should investigate.

Police, however, said Tuesday that “there is insufficient admissible evidence to proceed.”

Morrison said the minister “vigorously and completely denied the allegations.” 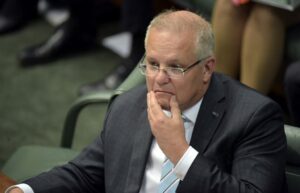 But the woman’s lawyer, Michael Bradley, and several critics of the government have called for the minister to step down while an independent inquiry investigates the evidence.

Nicholas Cowdery, formerly the chief prosecutor in New South Wales, said the allegation needs to be investigated to give voters confidence in the integrity of those governing them. The accused minister should step down, he said.

“When something like this emerges, we need to know what is involved in it, does it disqualify that person from occupying that position and what action should be taken,” Cowdrey told Australian Broadcasting Corp. “The only way to do that is to run an investigation — not a criminal investigation, but an investigation with a political context run maybe by someone like a retired judge.”

Barnaby Joyce was deputy prime minister when he ran into political strife in 2018 over revelations that he had impregnated a female staffer, who is now his partner, in an extramarital affair.

The final straw in Joyce’s leadership of the Nationals party, the junior coalition partner, came when a woman from outside government accused him of sexual harassment. He quit as leader.

Joyce, who remains a government lawmaker, said the 1988 rape allegation should be investigated in private, perhaps by a judge. But he added that the accused minister should not step down because such allegations are “a dangerous arrow that can be fired in all sorts of directions for political purposes.”

“I was basically jammed out of a job, to be quite frank,” Joyce said of the sexual harassment complaint against him that was lodged with his party but not with police.

“It was used as a mechanism to get me out,” he added, referring to his enemies within his party.

The accused minister is also under mounting pressure to make his own identity public. 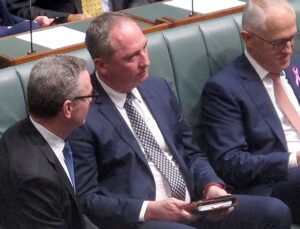 Former deputy Prime Minister Barnaby Joyce (center) ran into political strife in 2018 over revelations that he had impregnated a female staffer, who is now his partner, in an extramarital affair. (AP)

Media have reported that he is expected to go public on Wednesday, but will not step aside.

The police decision to drop the investigation comes two weeks after Morrison apologized in Parliament to a former government staffer who alleged she was raped by a more senior colleague in a minister’s office two years ago.

Brittany Higgins quit her job in January and reactivated her complaint to police after initially not pursuing the case because she felt it would have affected her employment.

The colleague, who has not been named publicly, was fired for breaching security by taking Higgins into a minister’s Parliament House office following a night of heavy drinking.

The Associated Press does not usually identify alleged victims of sexual assault, but Higgins has chosen to identify herself in the media.

The public disclosure has triggered a flurry of complaints about the behavior of lawmakers and a toxic work culture within Parliament House.

Australian Federal Police Commissioner Reece Kershaw said the man whom Higgins accused of rape would be contacted by police “at the appropriate time.”