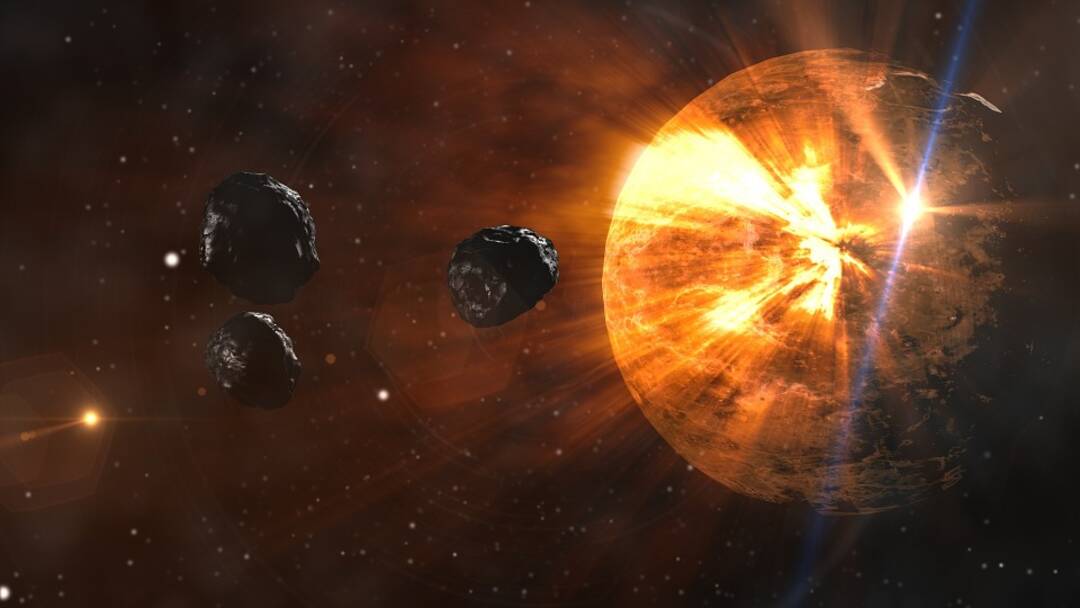 The Xinhua reporetd that astronomers from the University of New South Wales (UNSW) Sydney have proven a long-held colourful theory about comets.

It said that the findings, published on Tuesday in the Proceedings of the National Academy of Sciences journal, confirmed the theory that the green light emitted by comets is the result of an unstable element, dicarbon, reacting to light as they travel closer to the sun.

While the theory first arose in the 1930s, due to the unstable nature of dicarbon, scientists were unable to run tests until now.

Timothy Schmidt, a chemistry professor at UNSW and senior author of the study, said they were able to run the tests using "a vacuum chamber, a lot of lasers, and one powerful cosmic reaction."

"First we had to make this molecule which is too reactive to store in a bottle," Schmidt said. "It's not something we could buy from the shops."

"We did this by taking a larger molecule, known as perchloroethylene or C2Cl4, and blasting off its chlorine atoms (Cl) with a high-powered UV laser."

The experiment took nine months to fully set up, but the team was eventually able to simulate the breakdown of dicarbon in a lab, proving that it was responsible for a comet's green glow.

Schmidt said: "It's extremely satisfying to have solved a conundrum."

US denounces Russia for ‘dangerous and irresponsible’ space missile test

TheXinhua mentioned that the experiment also showed that the process of dicarbon being broken down by UV rays from the sun, also known as photodissociation, happens so rapidly the light never makes it to the comet's tail -- which often appears as a white mist.

Schmidt said being able to study dicarbon here on Earth was likely to open up new avenues of discovery.

He said: "By understanding its lifetime and destruction, we can better understand how much organic material is evaporating off comets," adding that "Discoveries like these might one day help us solve other space mysteries."

Commenting on the study, UNSW astrobiologist and geologist Professor Martin van Kranendonk said that it could also lead to new knowledge about how earth formed and eventually provided the conditions for life.

Van Kranendonk said: "Early Earth would have experienced a jumble of different carbon-bearing molecules being delivered to its surface, allowing for even more complex reactions to occur in the leadup to life."