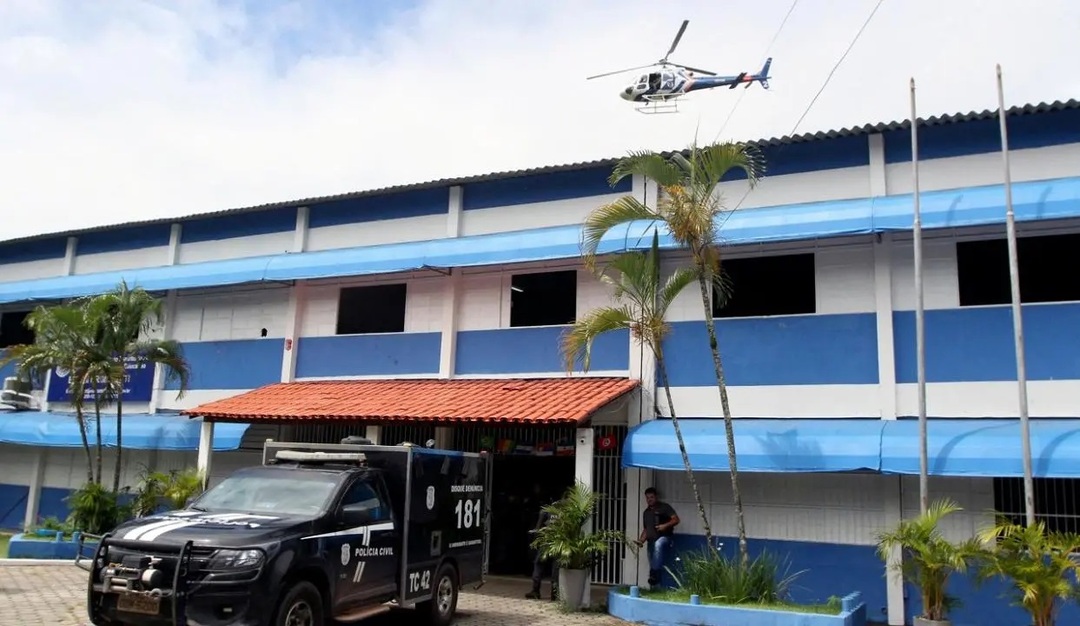 Police officers stand at the entrance of the Primo Bitti State School, one of two schools where a shooting took place, after an armed man opened fire, in Aracruz, Espirito Santo State. Pic/AFP

Three people were killed and at least eight injured on Friday (Nov 25) when a shooter opened fire at two schools in the Brazilian state of Espirito Santo, local police said.

The attacks happened around 10 a.m. local time (1300 GMT) in the small town of Aracruz, located some 80 kilometers (50 miles) north of state capital Vitoria.

Officials said an unidentified teenager in military attire had opened fire at two schools, one private and one public, and was still missing in the early afternoon.

Local police said they initially suspected the shooter was a student at one of the attacked schools, but Espirito Santo's head of public security Marcio Celante told reporters that had not been confirmed.

The public security office said in a statement that police and rescue workers were taking care of those injured while continuing to search for the shooter.

One injured person had to be taken by helicopter to Serra, a larger city located some about 60 km south of Aracruz.

Espirito Santo Governor Renato Casagrande expressed his condolences to the victims' families and said that all local security forces had been engaged in the investigation.

Five dead in US shooting, including an off-duty police officer, suspect captured

"I extend my support to Governor Casagrande in investigating the case and comforting the communities surrounding the two affected schools," said Lula, who will take office from President Jair Bolsonaro on Jan. 1.