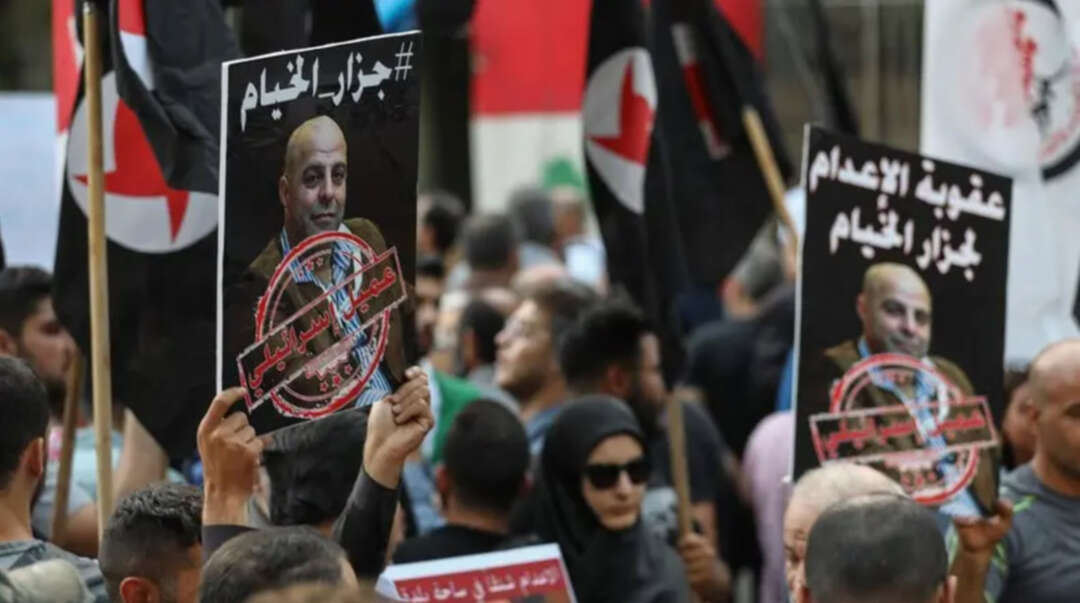 A Lebanese judge issued an arrest warrant Tuesday for a Lebanese American who confessed he’d worked for Israel during its occupation of Lebanon for nearly two decades, Lebanese judicial officials said.

The officials said Fakhoury told the judge he wants the American lawyer to be present and since she had no permission from the Bar Association, the judge decided to postpone the questioning. No date has been set for the next session, said the officials who spoke on condition of anonymity in line with regulations.

Fakhoury was detained after returning to his native Lebanon from the US earlier this month. He had worked as a senior warden at the Khiam Prison in southern Lebanon that was run by an Israeli-backed militia, known as the South Lebanon Army, until Israel ended an 18-year occupation of the area in 2000.

“The Department of State does not comment on cases involving American citizens due to privacy considerations,” a State Department official said.

Outside the court, scores of people gathered, including former Khiam prison detainees, some of whom demanded the death penalty for Fakhoury.

“First of all we want the military court to deliver the death sentence by hanging for Amer Fakhoury and all those like him, whether they are inside Lebanon or outside, who are trying to erase their history and to return to Lebanon,” said Firyal Hammoud, former inmate of Khiam prison. “We do not accept less than a public death sentence.”

Lebanon and Israel have been officially at war since Israel’s creation in 1948.

Human rights groups have said in the past that Khiam prison was a site of torture and detention without trial before it was abandoned in 2000. Israel denies the allegations.

Hundreds of former Lebanese members of the militia had fled to Israel, fearing reprisals if they remained in Lebanon. Others stayed and faced trial, receiving lenient sentences.

Fakhoury was living in Dover, New Hampshire and local media reported that the family owns a restaurant there. New Hampshire Gov. Chris Sununu once met them at a grape leaves-making contest and talked about their shared Lebanese heritage, according to local media.

US Secretary of State Pompeo to travel to Jeddah and Abu Dhabi Jordan says 153,000 Syrians returned home since last October