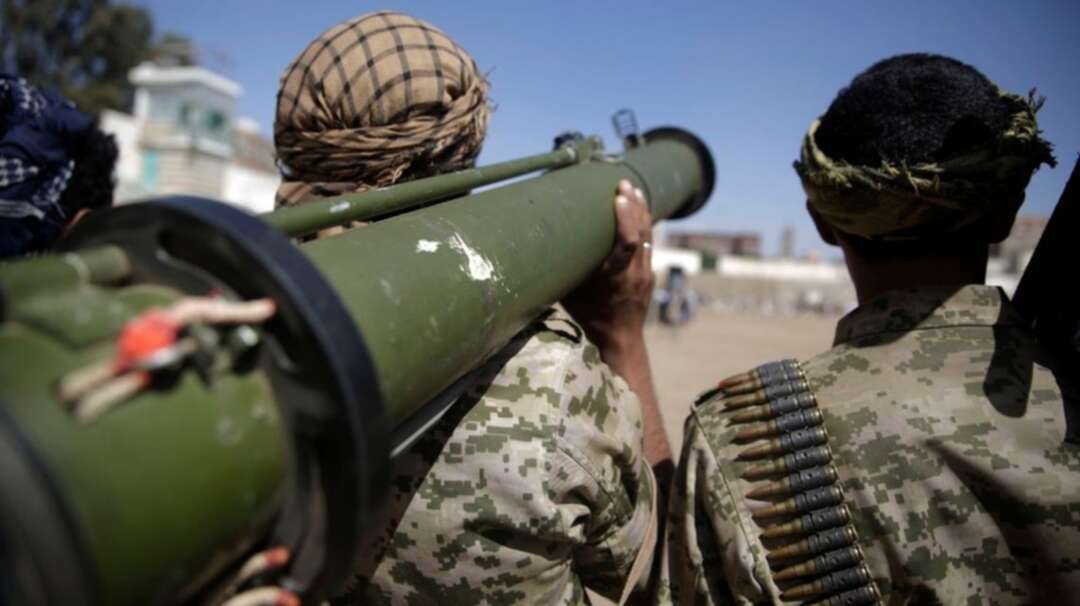 A Houthi fighter holds his weapon during a gathering aimed at mobilizing more fighters for the Iranian-backed militia, in Sanaa, Yemen, Feb. 20, 2020. (AP)

Yemen’s Houthi movement regularly launches drones and missiles into Saudi Arabia, many of which Riyadh says it intercepts.

The attacks on Monday come one day after the Arab Coalition confirmed that Iran supplied the weapons that were used in the attack on Aramco’s oil port and facilities in Saudi Arabia.

Some attacks have previously hit Abha International Airport which is about 120 kilometer (75 miles) from the border with Yemen.

In February, the Houthis claimed an attack on the Abha airport which caused a civilian plane to catch fire. The militia said the airport was a military target, according to AFP.