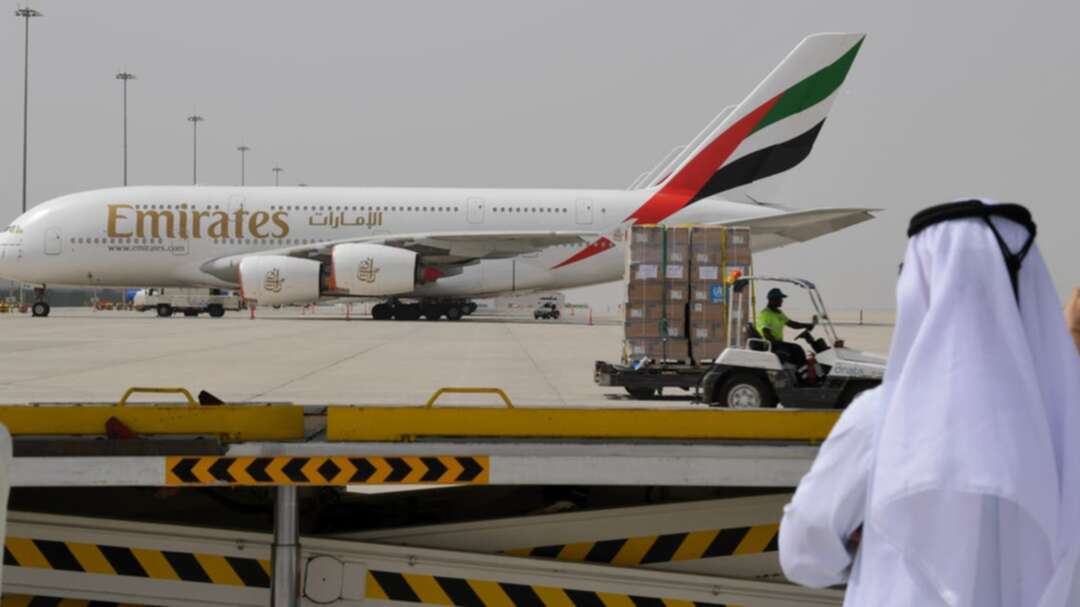 Medical equipment and coronavirus testing kits provided by the World Health Organisation are pictured passing by an Emirates airlines Airbus A380-861, at the al-Maktoum International Airport in Dubai on March 2, 2020 as it is prepared to be delivered to Iran with a United Arab Emirates military transport plane. (File photo)

The head of European planemaker Airbus called on Saturday for a “ceasefire” in a transatlantic trade war over aircraft subsidies, saying tit-for-tat tariffs on planes and other goods had aggravated damage from the COVID-19 crisis.

Washington progressively imposed import duties of 15 percent on Airbus jets from 2019 after a prolonged dispute at the World Trade Organization, and the EU responded with matching tariffs on Boeing jets a year later. Wine, whisky and other goods are also affected.

“This dispute, which is now an old dispute, has put us in a lose-lose situation,” Airbus Chief Executive Guillaume Faury said in a radio interview.

“We have ended up in a situation where wisdom would normally dictate that we have a ceasefire and resolve this conflict,” he told France Inter.

Brazil, which has waged separate battles with Canada over subsidies for smaller regional jets, on Thursday dropped its own complaint against Ottawa and called for a global peace deal between producing nations on support for aerospace.

Faury said the dispute with Boeing was particularly damaging during the COVID-19 pandemic, which has badly hit air travel and led to travel restrictions or border closures. He expressed particular concern about widening bans within Europe. 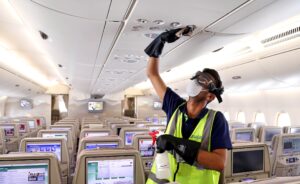 “We are extremely frustrated by the barriers that restrict personal movement and it is almost impossible today to travel in Europe by plane, even domestically,” he said.

“The priority no. 1 for countries in general is to reopen frontiers and allow people to travel on the basis of tests and then eventually vaccinations.”

The comments come as businesses increase pressure on governments to reopen economies as coronavirus vaccine roll-outs gather pace across Europe.

France has defended recently introduced border restrictions, saying they will help the government avoid a new lockdown and stay in force until at least the end of February.

Berlin calls the move a temporary measure of last resort.

Poland said on Saturday it had not ruled out imposing restrictions at the country’s borders with Slovakia and the Czech Republic due to rising COVID-19 cases.