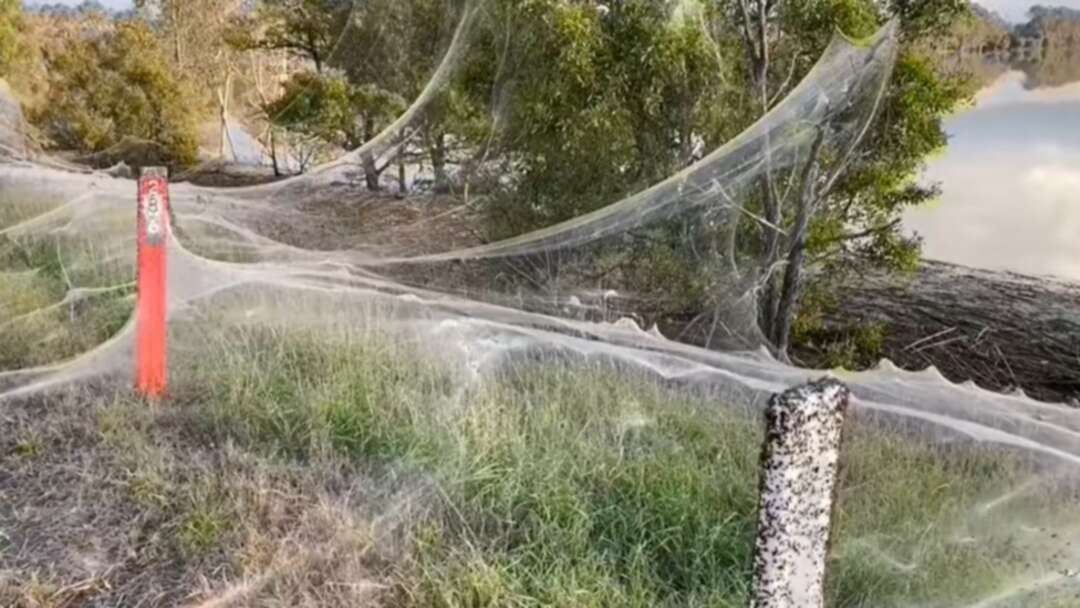 According to BB, in one area, a spider web covered more than a kilometre along a road.

Experts say the veils are created by a survival tactic known as "ballooning", where spiders throw out silk to climb to higher ground.

The delicate webs are expected to disintegrate later this week.

Locals told BBC the ethereal sight was nice to see after disastrous weather experienced in the preceding days.

One local said she had gone down to a lake embankment on Monday evening to check for flood damage, and was struck by the natural phenomenon. Ms Crossley said she had seen the effect before, but not at such a large scale. 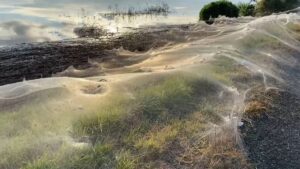 "It wasn't scary - it was beautiful. Everything was just shrouded in this beautiful gossamer spiderweb, all over the trees and fences," she told the BBC.

"The sun was going down at the time and the light was beautiful, just to see it billowing, this wave going across the landscape."

She said the webbing appeared as one single sheet, crawling with tiny spiders. spider webs

A "once in a century" sight, an Egyptian vulture seen in the UK Microsoft: new OS to be the successor to Windows 10 in 2025