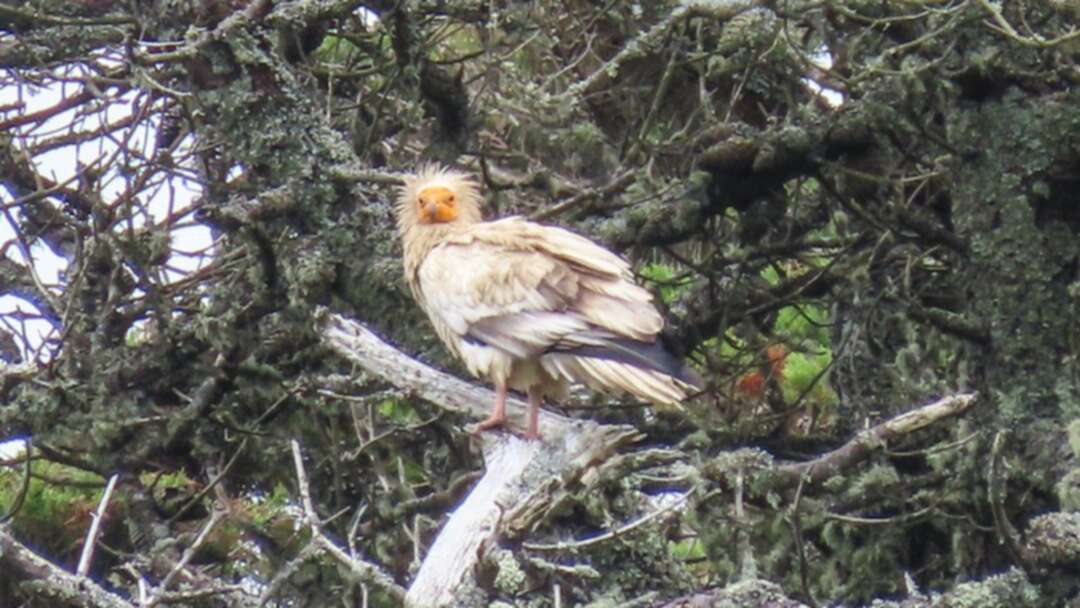 An Egyptian vulture has been spotted on Monday in Tresco for the first time in what is believed to be more than 150 years. It is a "once in a century" sight, the BBC reported. Egyptian vulture

Tresco, is the second-biggest island of the Isles of Scilly in Cornwall, England .


BBC told, citing experts, if the "incredibly rare" sighting is confirmed to be a wild bird, it would be the first since 1868.

The bird was first seen at Peninnis Head on St Mary's on Monday before moving on to Tresco.

There are now around 40 enthusiasts on the islands trying to catch a glimpse of the vulture, Isles of Scilly Travel told the BBC.

There have been two official sightings recorded in the UK - one in Somerset in 1825 and another in Essex in 1868.

Egyptian vultures can be found in parts of southern Spain and northern France.

The bird of prey is in decline worldwide, making the sighting even rarer.

It has been featured in Egyptian hieroglyphs, and is one of the only birds of prey known to use tools when hunting.

BBC confirmed that The identification of the species will be done by the British Birds Rarities Committee, and then passed to the British Ornithologists Union Records Committee to be verified or not as a true wild bird sighting. Egyptian vulture