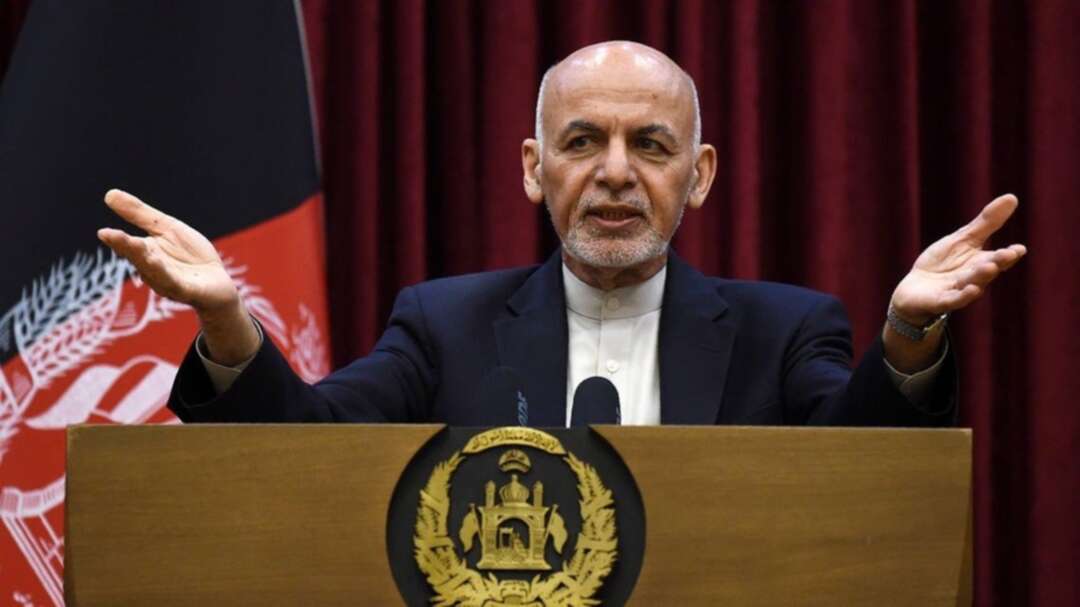 Afghan President Ashraf Ghani gestures as he speaks during a press conference at the presidential palace in Kabul on March 1, 2020. (AFP)

Afghan President Ashraf Ghani said on Saturday, in a bid to push forward peace talks with the Taliban, that his government was ready to discuss holding fresh elections, insisting that any new government should emerge through the democratic process.

Transfer of power through elections is a non-negotiable principle for us,” Ghani told lawmakers at the opening of parliament session in Kabul.

“We stand ready to discuss holding free, fair and inclusive elections under the auspices of international community. We can also talk about the date of the elections and reach a conclusion.

President Ghani met US special envoy to Afghanistan Zalmay Khalilzad in Kabul during the past week to discuss ways to inject momentum in the stalled peace negotiations with Taliban representatives being held in Qatar. After his talks in Kabul, Khalilzad went to Qatar.

US President Joe Biden’s administration has begun a review of its strategy for Aghanistan, including an agreement reached with the Taliban in early 2020 that paved the way for talks between the insurgents and the Afghan government. 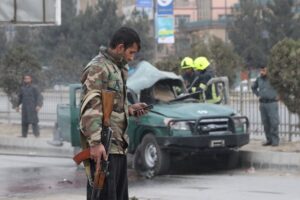 Policemen arrive at a site of a bomb blast which killed at least two people and injured five others, in Kabul on February 21, 2021. (File photo: AFP)

Afghan officials and western diplomats said that during his visit to Kabul Khalilzad had floated the idea of establishing an interim government after bringing Afghan leaders and Taliban leaders together for a multilateral conference outside the country.

But Ghani said the only way to form a government should be through an election.

“I advise those who go to this or that gate to gain power is that political power in Afghanistan has a gate, and the key is the vote of the Afghan people,” he said.

“Any institution can write a fantasy on a piece of paper and suggest a solution for Afghanistan. These papers have been written in the past and will be written in the future. Our guarantee is our constitution.”

Elected two years ago, Ghani is not yet midway through his five-year term.

Violence and targeted killings have surged since the Afghan government began US-backed negotiations with the Taliban last September, and western security officials say the insurgents, already holding large swathes of rural areas, have begun to gain ground around towns and cities.