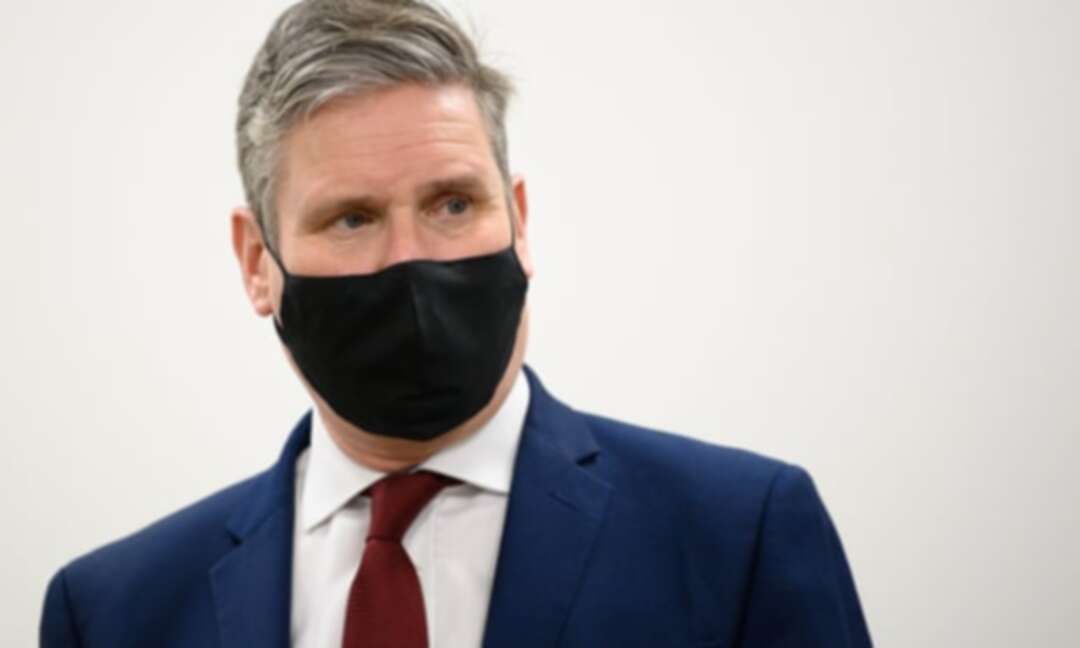 Keir Starmer condemned Boris Johnson’s dismissal of the Commons vote, saying PM should join him in going to a London food distribution centre on Monday.

A number of Conservative MPs would like to join Labour in opposing a cut in universal credit for millions of families, Keir Starmer has said, as he sought to highlight Tory divisions before a parliamentary vote.

Political tensions are rising over the scheduled end to the £20-a-week increase in UC introduced during the first wave of the pandemic, with Conservative backbenchers representing 65 northern seats publicly calling on Boris Johnson to extend the help.

The prime minister has instructed his MPs to abstain on Monday evening in an opposition day motion called by Labour to demand the increase remains in place, with the government calling the vote, which has no legal impact, “a stunt”.

Speaking to ITV’s Lorraine programme on Monday morning, Starmer said the increase was, for many families, “the difference between being being able to pay the gas, electricity and internet bill combined”.

The Labour leader condemned Johnson’s dismissal of the Commons vote, saying the prime minister should join him in going to a food distribution centre in south London on Monday.“These are people who were working just a few months ago, and are now desperate,” Starmer said. “If he’s going to call it a stunt, he should probably come with me to the food distribution centre to see these families this morning, and explain to them why he thinks that what is a lifeline to them is a stunt.

“I actually think, in their heart of hearts, quite a lot of Tory MPs know that cutting this money to people who desperately need it, in the middle of a pandemic, is the wrong thing to do. They know that.”

Starmer said Johnson’s decision to order Tory MPs to abstain, a tactic used previously by the government over opposition day motions to head off any prospect of a rebellion, was “pretty pathetic”. “He’s saying: ‘I don’t want to say yes, and I don’t want to say no. So we’re going to abstain.’ He’s got no view on whether it should stay in place or not.”

Speaking earlier on Monday, Nadhim Zahawi, the minister in charge of the vaccination programme, told Sky News: “It’s unfortunate that Labour has chosen a political stunt. This debate today has no real impact on the outcome on those families, other than a political little stunt for Labour.”

Some Tory MPs have gone further. One video, made by the Mansfield MP, Ben Bradley, and shared by some colleagues on social media, accuses Labour of trying to “intentionally misrepresent government policy” with opposition day motions.

Johnson echoes that rhetoric in a message sent to Conservative MPs explaining the decision to abstain. He claimed that after a previous opposition day debate on free school meals, Labour had used its “army of momentum trolls … to misrepresent the outcome and to lie about its meaning and frankly to intimidate and threaten colleagues”.

But the government faces increasing pressure over the plan to end the £20 increase for 6 million families in April. Among those opposing the plan is the Northern Research Group, which represents 65 Conservative backbenchers, many of them in ex-Labour “red wall” constituencies.

The Carlisle MP, John Stevenson, a member of the group, said: “While we are still in the pandemic, we’ve still got the consequences of coming through furlough – the implications of that – it would be far better to have a stable UC environment.

In a report on Monday the Resolution Foundation thinktank said the increase was critical to protect the poorest households from the worst economic impacts of Covid in 2020, and that refusing to extend it would contribute to pushing 730,000 more children into poverty.

Karl Handscomb, a senior economist at the thinktank, said: “The living standards outlook for 2021 looks bleak at present – but the government can directly improve it.”