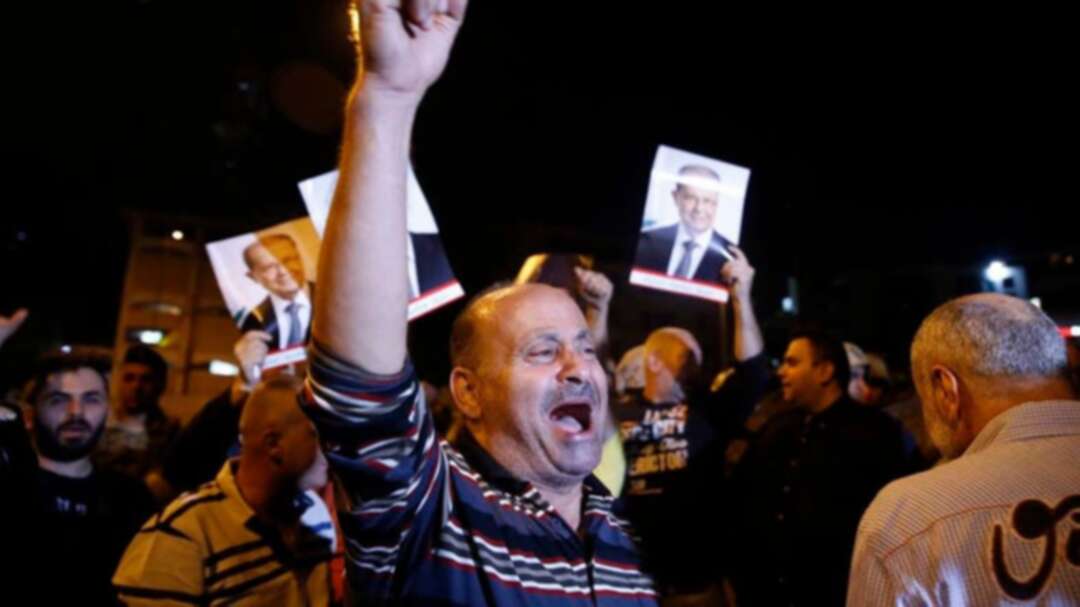 Aoun supporters chant slogans as they hold his pictures during a protest near the presidential palace in the Beirut suburb of Baabda, Lebanon, on November 26, 2019. (AP)

Clashes erupted on Tuesday between supporters of the Free Patriotic Movement (FPM) and supporters of the Kataeb Party in the town of Bikfaya, near the residence of former President Amine Gemayel, in Mount Lebanon.

The clashes started when a convoy of President Michel Aoun’s Free Patriotic Movement supporters attempted to drive through the area which is historically known as a stronghold of the Gemayel family.

According to local Lebanese media, the Army intervened to push back residents as the convoy of the FPM supporters was trying to drive through and supporters of the Kataeb started criticizing President Aoun.

The Lebanese Red Cross reported that 10 people were injured in the clashes, five were transferred to a hospital for treatment.

Lebanon’s Defense Minister Elias Bou Saab told a local Lebanese TV that the scuffle was unfortunate and that Lebanese people should rely on the army.

Earlier in the day, supporters of Shia groups Hezbollah and Amal attacked anti-government protesters in a public square in Baalbek city, east of Lebanon, destroying tents used as a gathering place by the protesters and chanting religious slogans.

Gunshots were also fired in the air from a convoy of cars carrying the Hezbollah flag, resulting in injuries to 15 people.