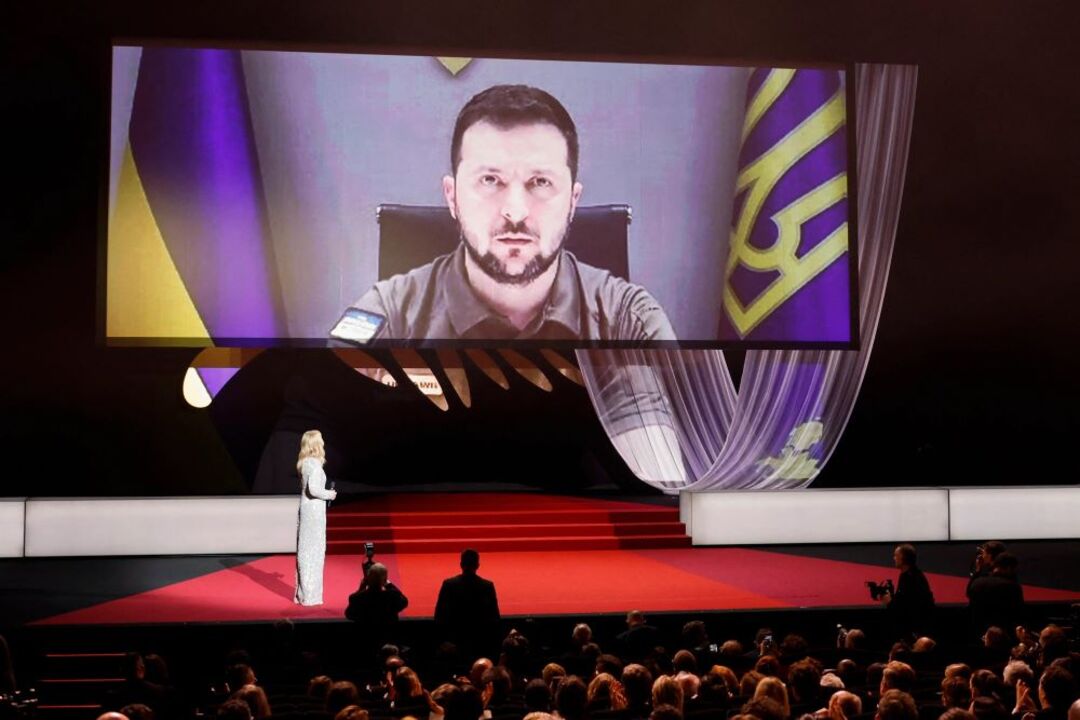 Ukraine’s President Volodymyr Zelensky is seen on a screen as he delivers a video address at the 75th Cannes Film Festival opening ceremony on Tuesday. Photo: Reuters

The Anews reported, citing Reuters, Ukrainian President Volodymyr Zelensky on Friday (May 20) proposed a formal deal with the country's allies to secure Russian compensation for the damage its forces have caused during the war.

Zelensky, who says Russia is trying to destroy as much of Ukraine's infrastructure as it can, said such a deal would show nations planning aggressive acts that they would have to pay for their actions.

He said in a video address: "We invite partner countries to sign a multilateral agreement and create a mechanism ensuring that everybody who suffered from Russian actions can receive compensation for all losses incurred."

Zelensky said that under such a deal, Russian funds and property in signatory nations would be confiscated. They would then be directed to a special compensation fund.

He said: "That would be fair. And Russia will feel the weight of every missile, every bomb, every shell which it has fired at us."

It should be noted that Canada said last month it would change its sanctions law to allow for seized and sanctioned foreign assets to be redistributed as compensation to victims or to help in rebuilding a foreign state from war.