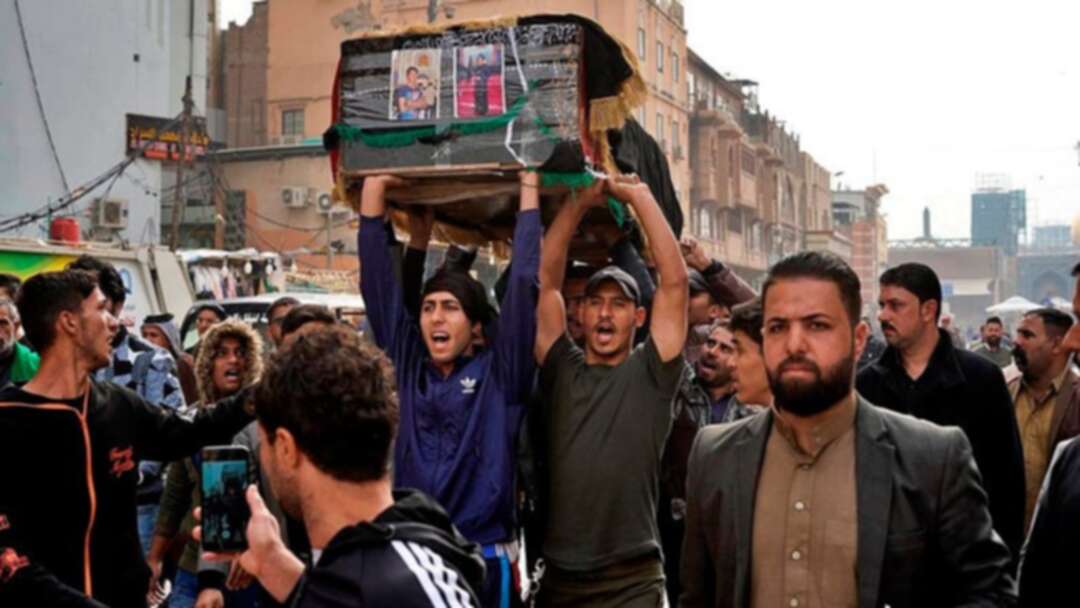 Mourners carry the coffin of Mehdi Kadim, 17, a protester killed during anti-government demonstrations, during his funeral in Najaf, Iraq, Friday, Nov. 29, 2019. (AP)

The US on Monday called recent violence in Nasiriyah, Iraq in which at least 29 people died “shocking and abhorrent,” calling on the Iraqi government to investigate and punish those responsible for the “excessive” use of force.

Iraqi security forces opened fire on demonstrators who had blocked a bridge and later gathered outside a police station in the southern city, killing at least 29 people. Police and medical sources said dozens more were wounded.

Iraqi forces have killed over 400 people, mostly young, unarmed protesters, since mass anti-government protests broke out on Oct. 1. More than a dozen members of the security forces have also died in clashes.

“The use of excessive force over the weekend in Nasiriyah was shocking and abhorrent,” David Schenker, US assistant secretary of state for Near Eastern affairs, told reporters.

“We call on the Government of Iraq to respect the rights of the Iraqi people and urge the government to investigate and hold accountable those who attempt to brutally silence peaceful protesters,” he added.

The unrest in Iraq’s biggest challenge since ISIS militants seized swathes of Iraqi and Syrian territory in 2014.

It pits mostly young, disaffected Shia protesters against a Shia-dominated government that is backed by Iran and has been accused of squandering Iraq’s oil wealth while infrastructure and living standards deteriorate.

Prime Minister Adel Abdul Mahdi announced on Friday he would resign after a call by Iraq’s top Shia Muslim cleric, Grand Ayatollah Ali al-Sistani, for parliament to consider withdrawing its support for his government to stem the violence. Parliament voted to accept the resignation on Sunday.