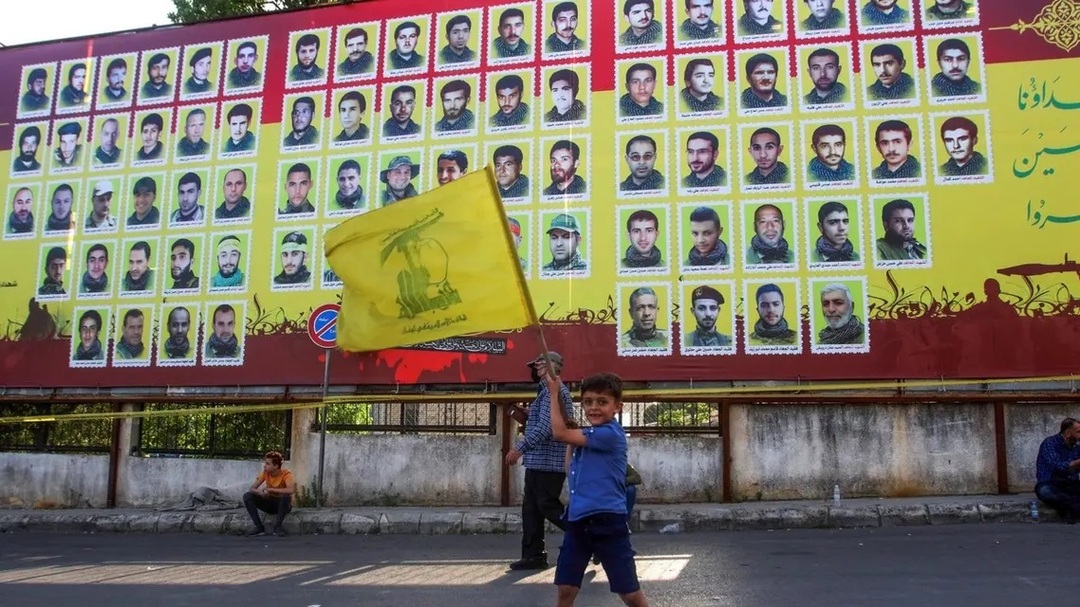 A boy waves a flag Lebanon's Iran-backed Shiite group Hezbollah during a rally to attend a speech by Hezbollah leader Hassan Nasrallah, broadcast on a giant screen, in the southern city of Nabatiyeh, on May 9, 2022, ahead of the upcoming parliamentary elections on May 15. (AFP)

The Arabnews reported that the US Department of State on Monday (June 20) announced it was offering a reward of up to $10 million for information on Haseeb Hadwan, a senior official in Hezbollah’s General Secretariat, and his office manager, Ali Al-Shaer.

It said that both men are accused of using the international financial system to transfer money to Lebanon, where it is used to finance the Hezbollah militia.

On September 17, 2021, the US Department of Treasury designated Hadwan and Al-Shaer as Specially Designated Global Terrorists in accordance with Executive Order 13224, the Arabnews mentioned.

As a result, all of their property and interests within US jurisdiction are blocked, and it is generally prohibited for US persons to transact with either man.

The move forms part of the larger US effort to crackdown on the Iran-backed group Hezbollah. As a US-designated Foreign Terrorist Organization, it is a crime to knowingly provide, or attempt or conspire to provide, material support or resources to Hezbollah.

Earlier in January, the US designated Hezbollah-linked financial facilitators Adel Diab, Ali Mohamad Daoun, Jihad Salem Alame and their Lebanon-based travel company Dar Al Salam. This was followed by the designation of Lebanese businessman, Ahmad Jalal Reda Abdallah, on May 12.

In a statement, the Treausury said sanctions continue to have significant consequences in Lebanon, as it faces an unprecedented economic crisis.

The statement added, as part of Lebanon’s government, Hezbollah is impeding economic reforms and the necessary change demanded by the Lebanese people.