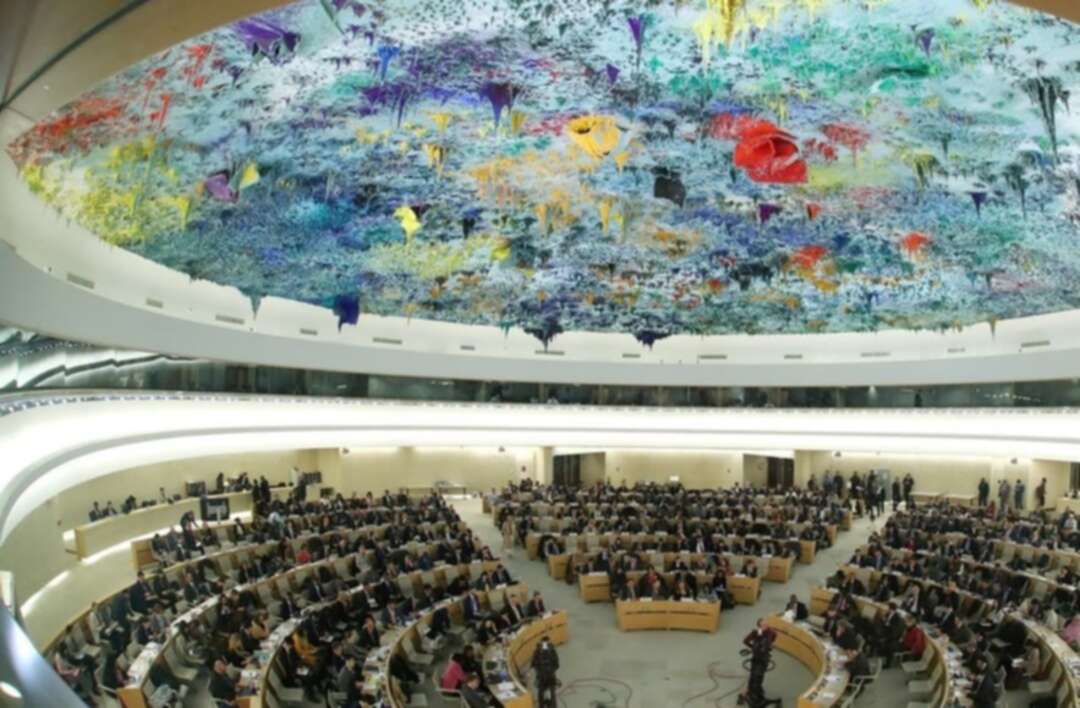 Overview of the session of the Human Rights Council during the speech of UN High Commissioner for Human Rights Michelle Bachelet at the United Nations in Geneva, Switzerland. (File photo: Reuters)

what he called the Geneva forum’s “disproportionate focus” on US ally Israel.

Under former President Donald Trump, the United States quit the council in June 2018 but the Biden government returned as an observer earlier this month.

“I’m pleased to announce the United States will seek election to the Human Rights Council for the 2022-24 term. We humbly ask for the support of all UN member states in our bid to return to a seat in this body,” Blinken said.

Annual elections for three-year membership on the 47-member council are due to be held at the UN General Assembly in October. Britain, China and Russia are among current members.

“As the United States re-engages, we urge the Human Rights Council to look at how it conducts its business. That includes its disproportionate focus on Israel,” Blinken said.

The council, set up in 2006, has a stand-alone item on the Palestinian territories on its agenda every session, the only issue with such treatment, which both Democratic and Republican administrations have opposed.

Iran says it is up to US to move first on saving nuclear deal German court sentences ISIS leader to 10 years, 6 months in prison