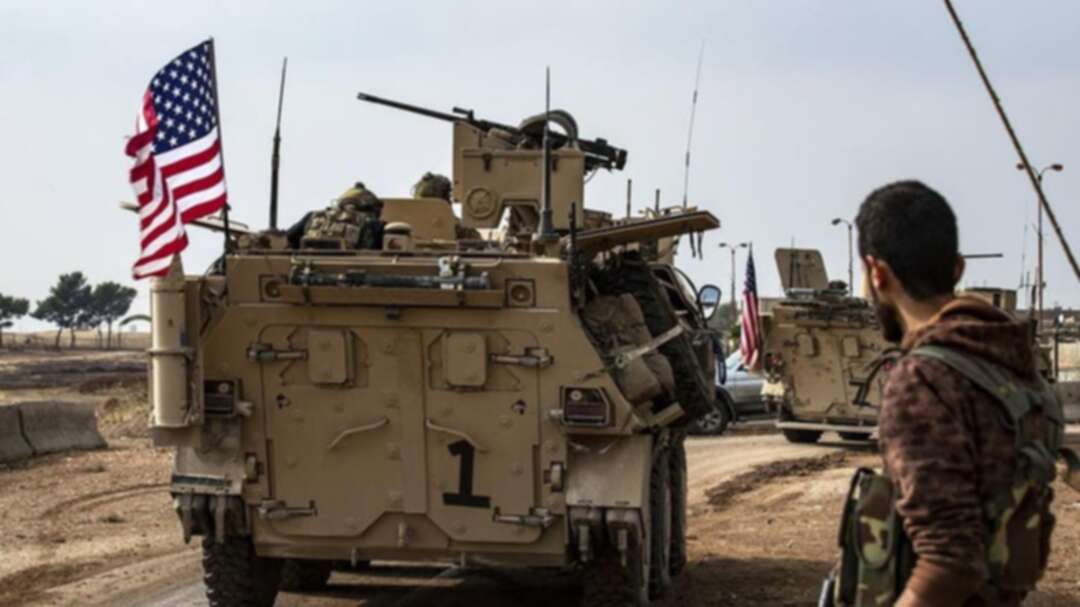 A fighter with the Syrian Democratic Forces (SDF) stands on the side of a road as a convoy of US troops drives by outside the Kurdish-majority city of Qamishli, in Syria’s northeastern Hasakeh province on November 2, 2019. (AFP)

According to the statement: “The detained individual was assessed to be an experienced bomb maker and facilitator who became one of the group’s top leaders in Syria.”

Videos on social media showed multiple choppers flying over an unspecified area in Syria. The Coalition did not elaborate on where or how the operation was carried out.

“The mission was meticulously planned to minimize the risk of collateral damage, particularly any potential harm to civilians,” the Coalition said, adding that no civilians were harmed.

The Coalition also said none of their aircraft or assets were damaged, despite reports suggesting clashes ensued between Turkish-backed rebels and the Coalition troops.

The US-led coalition said: “Coalition forces will continue to hunt the remnants of Daesh [ISIS] wherever they hide to ensure their enduring defeat.”

US woman from Kansas to plead guilty for leading ISIS battalion

The individual captured on Thursday was not named. US intelligence officials have warned that ISIS and other terror groups like al-Qaeda are looking to regroup and attack Western targets.