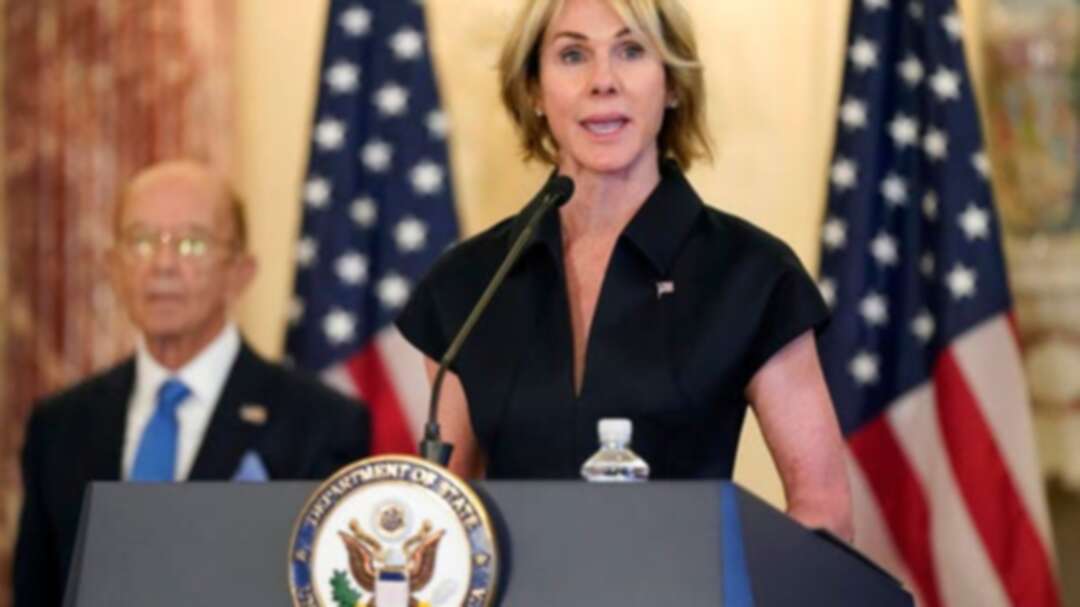 US Ambassador to the United Nations Kelly Craft speaks during a news conference at the US State Department in Washington. (File photo: AP)

The US State Department’s cancellation of all travel this week includes a planned visit to Taiwan by US Ambassador to the United Nations Kelly Craft, a State Department spokeswoman said on Tuesday.

Craft had been due to visit Taiwan from Wednesday to Friday, prompting China, which claims the self-ruled island as its own, to warn that Washington was playing with fire.

Secretary of State Mike Pompeo said on Tuesday that all travel this week had been canceled, including his own trip to Europe, as part of the transition to the incoming Biden administration.

But European diplomats and other people familiar with the matter said Luxembourg’s foreign minister and top EU officials had declined to meet with him during his planned European trip.

Beijing has been angered by stepped-up support for Taiwan from the Trump administration, including trips to Taipei by top US officials, further straining Sino-US ties.

Pompeo on Saturday said he was lifting restrictions on contacts between US officials and their Taiwanese counterparts. 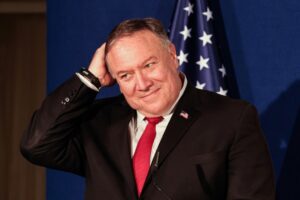 US Secretary of State Mike Pompeo pats his head during a press conference. (AFP)

Craft’s Taiwan trip appeared to be another part of an effort by Pompeo and President Donald Trump’s Republican administration to lock in a tough approach to China before Democratic President-elect Joe Biden takes office on January 20.

Taiwan’s government expressed “understanding and respect” for the decision, but also regret.

“The Ministry of Foreign Affairs regrets that the US Ambassador to the United Nations Kelly Craft cannot lead a delegation to visit Taiwan from January 13 to 15 as scheduled, but welcomes Ambassador Craft to visit at an appropriate time in the future,” it said in a statement.

Craft is due to leave the role when Biden assumes the presidency next week.

China, which had expressed its strong opposition to Craft’s trip, reiterated it was firmly opposed to any official exchanges between Taiwan and the United States.

Chinese fighter jets approached the island in August and September during the last two US visits - by Secretary of Health and Human Services Alex Azar and Under Secretary of State for Economic Growth, Energy, and the Environment Keith Krach, respectively.

While the United States, like most countries, has no formal diplomatic ties with Taiwan, it is the island’s strongest international backer and arms supplier, being obliged to help provide Taiwan with the means to defend itself under the 1979 Taiwan Relations Act.

Trump is a popular figure in Taiwan for his administration’s support of the island, and Taipei has moved to reassure its citizens that backing will not change despite the handover in Washington.

Lo Chih-cheng, head of the ruling Democratic Progressive Party’s international department, said the State Department’s decision covered all official travel and was “not aimed at Taiwan”, pointing to their shared values of democracy and freedom.

“We look forward to continuing to gain cross-party support from the United States on the existing solid foundation,” he said in a statement.