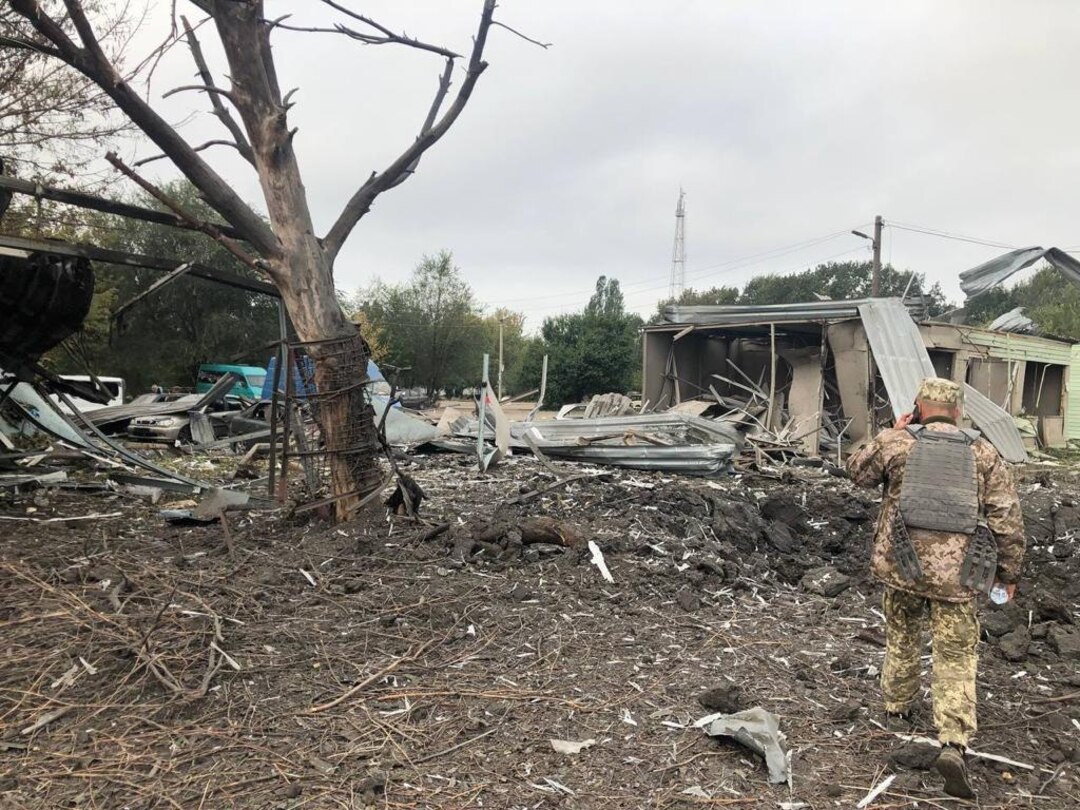 The terrorist state fires rockets at civilians in Zaporozhye, Mykolaiv region, Dnipropetrovsk region. Hits the Ukrainian regions with jet systems of zalpovogo fire and bezpílotnikív. Only in Zaporozhye and the area invaders launched 16 rockets in one morning! Only finished terrorists can do this, who should have no place in the civilized world - Ukrainian President Volodymyr Zelensky's official Facebook account

Ukraine on Friday (Sep 30) blamed Moscow for shelling a convoy of civilian cars in the southern Zaporizhzhia region that killed at least 23 on the front line, the AFP reported, the al-Arabiya said.

According to the report, Zaporizhzhia regional governor Oleksandr Starukh said the strikes had also injured 28 people, “all civilians, local people.”

A pro-Kremlin official in Russian-occupied region of Zaporizhzhia blamed Kyiv and denied the Russian army was behind the attack.

“The regime in Kyiv is trying to portray what happened as shelling by Russian troops, resorting to a heinous provocation,” Vladimir Rogov said on social media, accusing Ukrainian troops of carrying out a “terrorist act”.

The Zaporizhzhia governor said Russian forces “launched a rocket attack on a civilian humanitarian convoy on the way out of the regional center”.

He said on social media: “People were standing in line to leave for the temporarily occupied territory, to pick up their relatives and to take away aid.”

The industrial hub of Zaporizhzhia, with a pre-war population of 700,000, is under Ukrainian control but subject to Russian rocket attacks.

Part of the region is occupied by Moscow and the Kremlin has said it plans to formally annex the region at a ceremony in Moscow on Friday (Sep 30).

“[Alexei] Katerinichev died as a result of a pinpoint strike from Himars. Two rockets hit the house in which he was,” Kirill Stremousov, the deputy head of the Moscow-controlled region, said, referring to the US-supplied weapons systems.