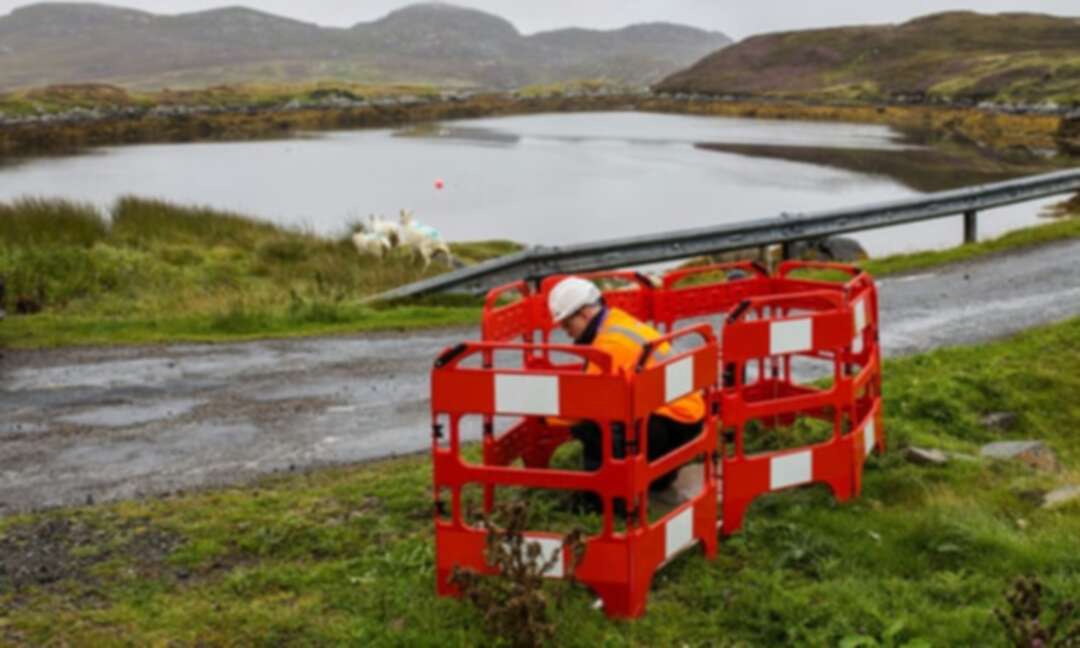 An engineer works on a full-fibre broadband link on Grimsay in the Outer Hebrides.

Boris Johnson’s promise to deliver nationwide “turbocharged” broadband by 2025 will be missed because of a catalogue of government failures, parliament’s spending watchdog has concluded.

In a timely report released on Friday as many children struggle to gain access to remote learning during lockdown, the public accounts committee has criticised the Department for Digital, Culture, Media and Sport (DCMS) for failing to make any “meaningful progress” in delivering policies or legal changes to achieve a rapid rollout of gigabit broadband.

As a result, thousands of homes and businesses, particularly in rural areas, could be left with slow broadband for many years, MPs warned.

The report has been released amid growing concerns that a “digital divide” is leaving many pupils adrift during the coronavirus pandemic. Ofcom estimates that more than 880,000 children live in a household with only a mobile internet connection.

Johnson first proposed a 2025 target for full-fibre broadband in June 2019 as he stood to become leader of the Conservative party. In a column for the Daily Telegraph, he wrote that a standing promise by Theresa May to introduce superfast broadband by 2033 was “ laughably unambitious”.

“If we want to unite our country and our society, we should commit now to delivering full fibre to every home in the land not in the mid-2030s – but in five years at the outside,” he wrote.

In the 2019 general election, the Conservatives pledged to roll out gigabit broadband connectivity across the entire country by 2025. But in November 2020, the government rowed back on the target and said it was aiming for 85% instead.

Friday’s report says that Johnson’s original target was unachievable and doubts that the 85% figure can be met within five years – a delay that could leave businesses and homes with slow broadband.

“We are increasingly concerned that those in rural areas may have to pay more and may reach gigabit broadband speeds late.

“Given the impact of Covid-19, the department must do more to protect those with limited access to the internet.

“We remain unconvinced that if and when rural users finally do get gigabit broadband they will enjoy the same choice of service provider and the same protections as their urban counterparts,” the report said.

The committee criticised the government for not allocating three-quarters of the £5bn total to roll out gigabit broadband until after 2024-25.

Senior civil servants in DCMS were also accused of being vagueabout the potential costs and delays from removing telecommunications equipment supplied by Huawei, which must be stripped from the UK’s 5G network by 2027 due to security risks.

The Labour MP Meg Hillier, the chair of the public accounts committee, said that the country’s third lockdown has highlighted the government’s failure to get to grips with its pledged broadband rollout.

“Due to a litany of planning and implementation failures at DCMS, those promises are slipping further and further out of reach – even worse news for the ‘rural excluded’ who face years trying to recover with substandard internet connectivity.

“Government cannot allow digital inequality to continue to compound and exacerbate the economic inequality that has been so harshly exposed in the Covid-19 pandemic,” she said.

A DCMS spokesperson said the department disagreed with the report and claimed it contained some inaccuracies.

“Gigabit capable broadband is being rolled out rapidly – from one in 10 households in 2019 to one in three households today. We expect that half of all households will have access to gigabit speeds by the end of this year, and the UK is deploying at a faster build rate than comparable countries.

“This is evidence of the progress we have made to support the private sector and reduce barriers to roll out. We will take further rapid steps this year alongside the investment being made as part of our record £5bn UK Gigabit Programme, which will focus on ensuring the hardest to reach 20% of the country is not left behind,” the spokesperson said.

Covid in Wales: level 4 lockdown restrictions to remain in place The Current Turkish War Is Against Kurdistan Region, Not Against the PKK