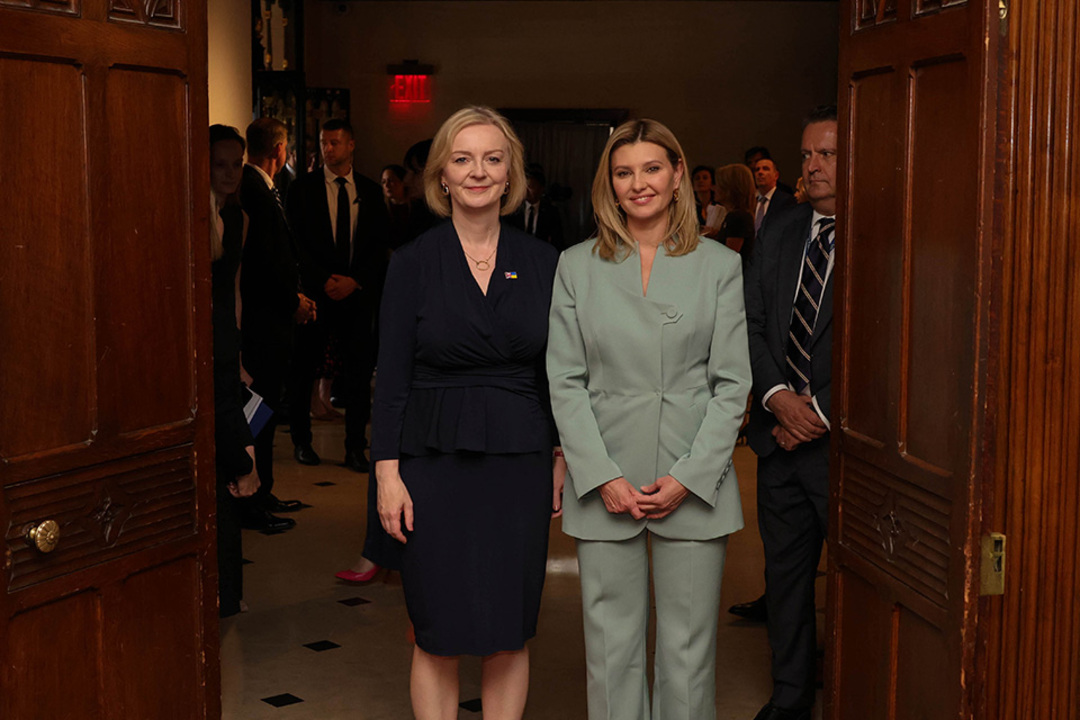 In her first speech as prime minister of the United Kingdom on Wednesday (Sep 21), Liz Truss said her nation will continue to support Ukraine as it fights against Russia.

Truss became the latest Western leader at the UN General Assembly in New York to rail against Russian President Vladimir Putin, who hours earlier mobilized reservists in a clear sign he is in no rush to end the conflict.

Putin’s move only highlights the “catastrophic failure” of Russia’s invasion of its neighbor, and reinforced the resolve of Western allies to back Kyiv, she said.

"I pledge that we will sustain or increase our military support to Ukraine for as long as it takes," Truss told the UN General Assembly's 77th session. "We will not rest until Ukraine prevails.”

In her remarks, she said no one is threatening Russia and President Vladimir Putin "is making yet more bogus claims and saber-rattling threats," which she said "will not work."

"And this morning, we have seen Putin trying to justify his catastrophic failures. He's doubling down by sending even more reservists to a terrible fate," she added.

Truss also said that while "barbarous weapons" are killing or maiming Ukrainians, "rape is being used as an instrument of war. Families are being torn apart.”

"He's desperately trying to claim the mantle of democracy for a regime without human rights or freedoms," she added.

Her comments came amid growing resentment in some quarters of the developing world over the West's massive spending on weapons for Ukraine.

Truss also called for economic unity as a powerful tool against aggression.

“The G7 and our like-minded partners should act as an economic NATO, collectively defending our prosperity,“ she said in her address.

“If the economy of a partner is being targeted by an aggressive regime, we should act to support them -- all for one, and one for all.”

Earlier Wednesday (Sep 21), Putin announced a partial mobilization in Russia, calling up 300,000 reservists to join the army for probable deployment to Ukraine, where it launched a "special military operation" in February.

He also vowed to use “all means” at the country’s disposal if Russia’s territorial integrity is in danger, which was widely interpreted as a nuclear warning to the West.

In his UN video address, Ukrainian President Volodymyr Zelenskyy called Wednesday for the "just punishment" of Russia for its war against his country.