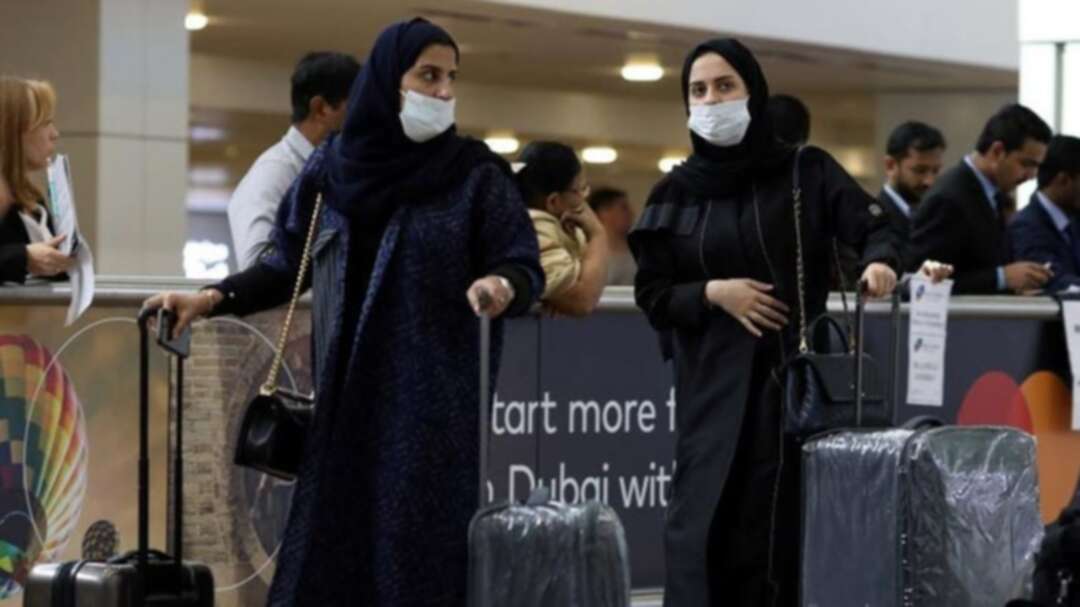 Travelers wear masks as they arrive at the Dubai International Airport on January 29, 2020. (File photo Reuters)

The United Arab Emirates has stockpiled enough emergency medical supplies in preparation for the coronavirus, also known as the corona, according to a statement by Health Minister Abdul Rahman bin Mohammad bin Nasser al-Owais.

More than 500 staff members are working on communication, medical investigations, and logistical support to help combat the spread of the virus, he added during his statement while briefing the UAE’s Federal National Council on the virus.

“As soon as the spread of the virus was reported from China, we made available enough quantities of thermometers at the border crossings and airports,” al-Owais said. “We also took all necessary precautions in line with World Health Organization (WHO) protocols.”

The UAE has “adequate reserves” of medical supplies including anti-viral medications, surgical masks, and medical gloves, according to the statement. Al-Owais also confirmed several factories in the UAE are manufacturing more supplies “to the best international standards.”

A total of eight coronavirus cases have been detected in the UAE since the spread of the virus, however, all are in stable condition, according to al-Owais.

“All those who had contact with the affected and the places they have frequented have been contacted,” he added. “All the necessary steps to preempt the spread of the infection have been taken.”

The UAE announced on Sunday that one of the infected, an 83-year-old Chinese woman, had been cured, making her the first person in the country to beat the virus.