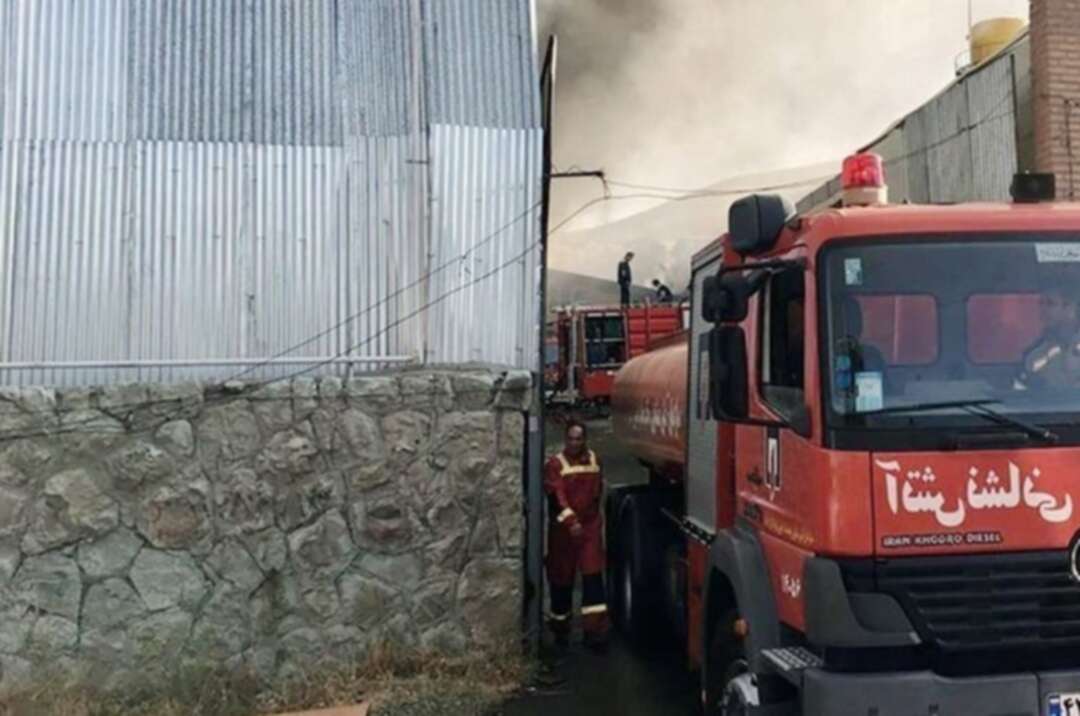 A fire engine is seen as the firefighters try to extinguish a fire in Tehran in 2020. (File photo: AFP))

Two people were killed and 14 others were injured in a gas explosion at a residential complex in the city of Ardabil, northwest of Iran, the UK-based Iran International reported on Saturday.

Two buildings were completely destroyed and several others were damaged in the explosion, the director of the Ardabil Fire Department, Mahmoud Reza Yaghoubi, told Iran International.

Two bodies have been recovered from underneath the rubble so far, the director said. All those who are suffering from injuries were taken to hospitals in Ardabil, he added.

No fire was reportedly seen at the site of the explosion and the cause of the accident is currently under investigation, according to the report.

Officials believe the accident was most likely caused by a large leak that caused an accumulation of gas to explode, Yaghoubi said.

Dozens of explosions and fires around military, nuclear and industrial facilities have been reported in Iran since late June.

Some of the explosions in the past few months were reportedly linked to the deteriorating infrastructure in the country, while others may have been security-related such as blasts at sensitive military and nuclear sites.