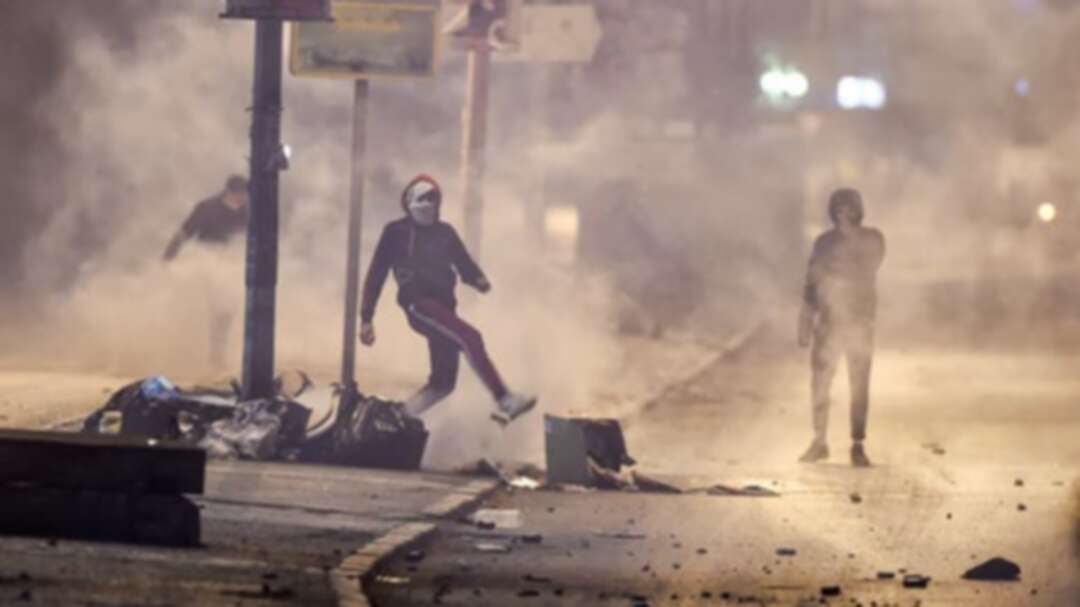 Protesters stand amidst fumes as they block a street during clashes with security forces in the Ettadhamen city suburb on the northwestwern outskirts of Tunisia's capital Tunis on January 17, 2021, amidst a wave of nightly protests in the North African country. (AFP)

Tunisians protested Wednesday to demand the release of hundreds of young demonstrators arrested in several nights of disturbances, venting their anger also against the government’s handling of a deepening social crisis.

Around 100 people rallied in Tunis and a similar number in the city of Sousse, in defiance of gatherings that have been forbidden by authorities following a recent surge in coronavirus cases.

“We want the detainees to be freed,” the protesters cried in Sousse.

In Tunis, protesters -- many of them students -- shouted slogans from the country’s 2011 revolution, including “freedom, work, national dignity”, as they moved along the capital’s arterial Habib Bourguiba Avenue.

The protests come as the economy is in free-fall, youth unemployment soars and anger rises against a political class that has shown itself incapable of pulling together for the nation -- gripes in sharpened focus as the country last week marked 10 years since the fall of dictator Zine El Abidine Ben Ali.

Prime Minister Hichem Mechichi acknowledged Tunisians’ “legitimate” anger in a televised address Tuesday evening, but said violence was “unacceptable” and vowed to “confront it with the force of law”.

Hundreds have been arrested since the nighttime clashes erupted on Friday, amid a four-day lockdown imposed the previous day, the date on which Ben Ali fled into exile in the early days of the Arab Spring. Many of those detained are minors.