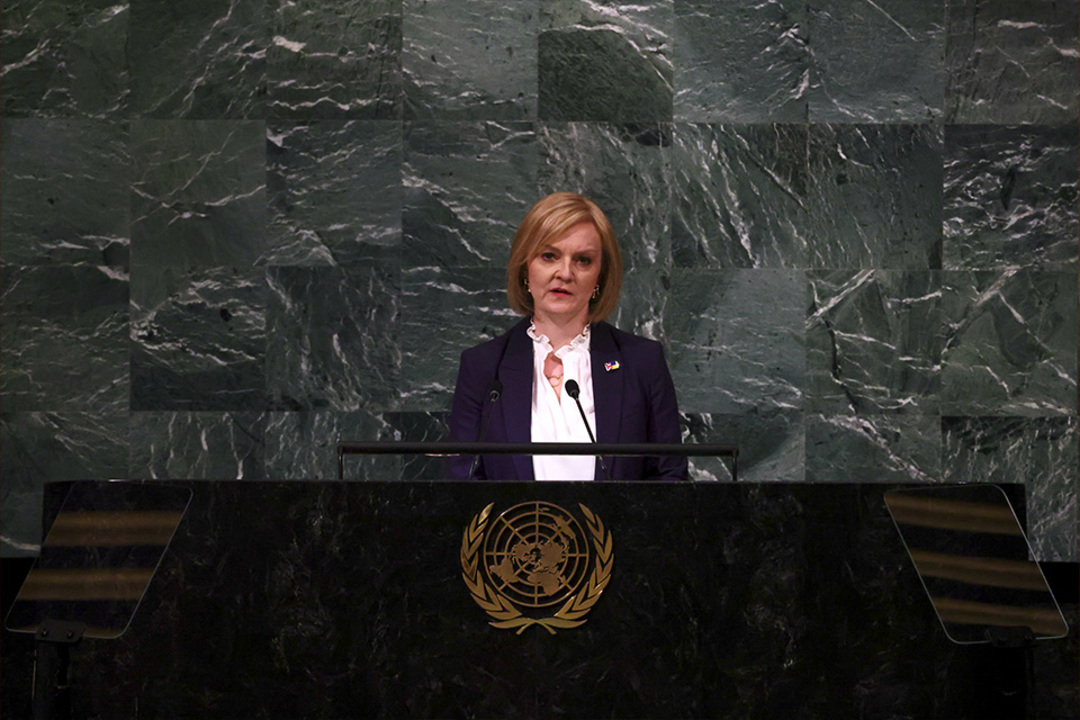 UK Prime Minister Liz Truss confirmed her attendance at next week’s inaugural meeting of the so-called ‘European Political Community’, in the Czech Republic, a government source said on Thursday (Sep 29). This comes three months after telling domestic lawmakers that she had no interest in the new EU-organised format.

It would include EU hopefuls and non-members, such as the UK. The idea of a ‘European Political Community’ was endorsed by European Commission chief Ursula von der Leyen during her ‘State of the Union’ speech in September and is being organised by the EU

Politico, which first reported Truss's attendance at the summit, said the meeting will focus on the Ukraine conflict and energy security.

The UK was invited, along with representatives of Israel and the six western Balkan states and Turkey, Norway, Iceland, Liechtenstein, Moldova, Georgia, Armenia and Azerbaijan. The EU’s 27 member states have also been invited.

Britain told European partners that Truss is not only willing to attend the gathering, but also that she is willing to host the next summit in London, Politico reported, citing two officials from a meeting on Thursday (Sep 29).

The organisation’s first summit in Prague on 6 October will occur the day before an EU leaders’ summit.

The idea behind the European Political Community was to ensure countries like Britain, Norway and Switzerland have a political forum to collaborate with the European Union and work on common projects, such as immigration or energy.

Some countries, however, have expressed scepticism, fearing the new forum could be a way to keep candidates to EU membership outside the club, while others have criticised a new talking shop without a clear purpose.