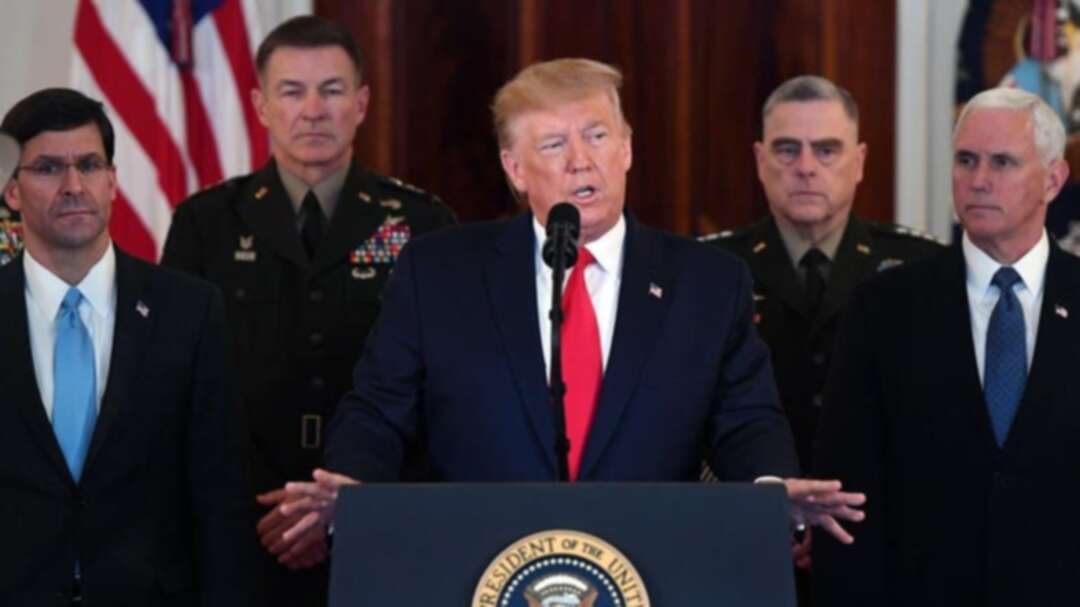 US President Donald Trump(C) speaks about the situation with Iran in the Grand Foyer of the White House in Washington, DC, January 8, 2020. (AFP)

President Donald Trump said Thursday the United States had imposed new sanctions on Iran following missile strikes on bases housing US troops in Iraq that resulted in no American or Iraqi deaths.

“It’s already been done. We’ve increased them. They were very severe, but now it’s increased substantially,” Trump said, without offering any specifics.

Trump had promised the “additional punishing sanctions” in an address to the nation Wednesday in retaliation for the attack – seen by experts as a measured first response by Tehran to the killing of Iran’s top General, Qassem Soleimani, in an American drone strike in Baghdad.