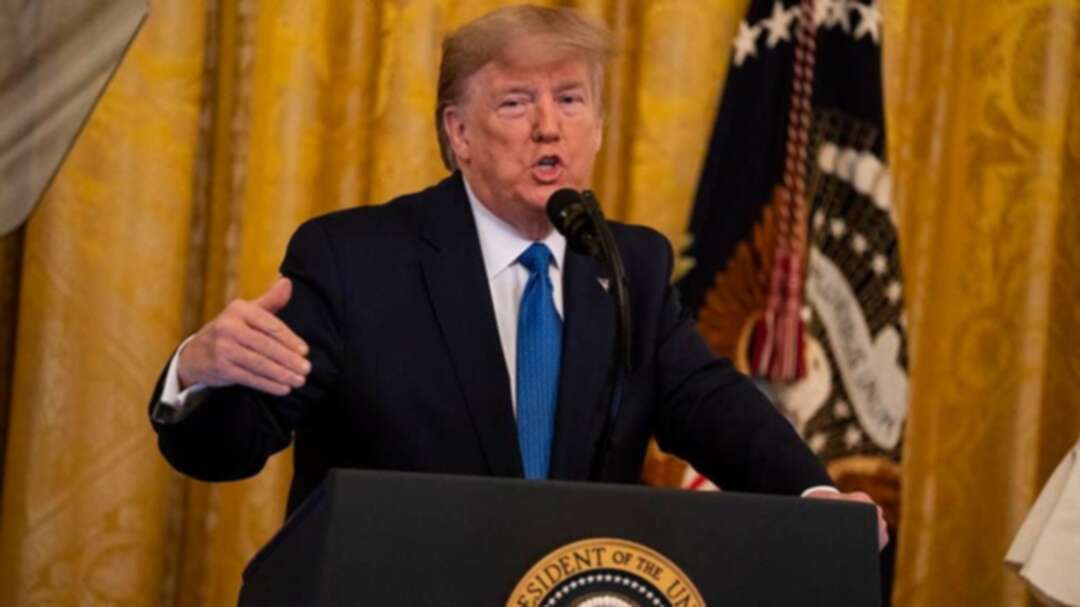 President Donald Trump speaks during an event on human trafficking in the East Room of the White House. (File photo AP)

Donald Trump is known for mocking his political rivals, and the eve of the Democratic Party’s Iowa caucuses gave him fresh ammunition.

“I have little nicknames for all of them,” the US president told pro-Trump Fox News host Sean Hannity, the night before Democrats vote for their nominee in the Midwestern state, to officially start the presidential election season.

“I think he’s a communist,” said Trump, for whom name-calling and character smearing are an integral part of his campaign for re-election in November this year.

Trump added: “I think of Bernie sort of as a socialist but far beyond a socialist.”

Sanders describes himself as a democratic socialist.

“At least he’s true to what he believes,” Trump said, in contrast to Senator Elizabeth Warren, Sanders’ fellow progressive in the race.

She is “not true to it,” Trump said, before returning to “crazy Bernie” – a moniker Trump has regularly used for Sanders.

The Democrats are “now sort of rigging the election against him,” the president said.

As for former New York mayor Michael Bloomberg, he is “very little.”

“You know, now he wants a box for the debates to stand on,” Trump said of his fellow New York billionaire.

“There’s nothing wrong. You can be short... He wants a box for the debates. Why should he be entitled to that?”

“The president is lying,” said campaign spokeswoman Julie Wood in a statement. “He is a pathological liar who lies about everything: his fake hair, his obesity, and his spray-on tan.”