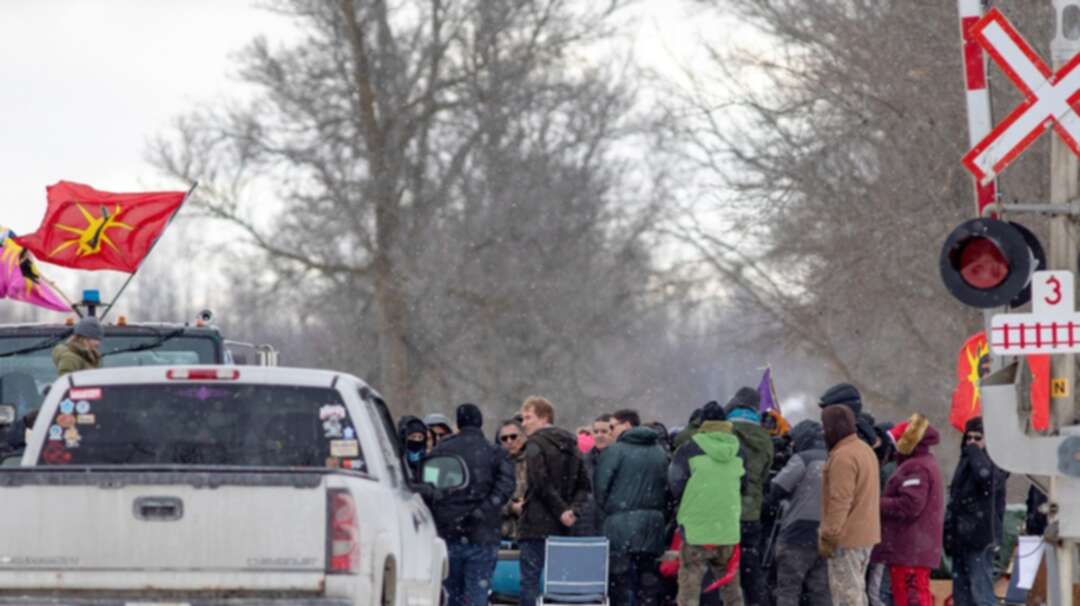 Canadian PM Justin Trudeau has canceled his trip to Barbados after protests against a gas pipeline that crosses indigenous land escalated, leading to major rail disruptions and a brief stop of traffic at the US-Canada border.

The threat of transport paralyzes, which has become increasingly real after protesters against British Columbia's Coastal GasLink pipeline briefly shut down a key border crossing between the US and Canada on Sunday afternoon, forced Trudeau to call off his visit to Barbados, where he was supposed to drum up support for Canada’s UNSC bid on Monday.

The simmering conflict between the Wet’suwet’ en nation and the central Canadian government, which have long locked horns over the gas pipeline that crosses the tribe’s territory in northern British Colombia, flared up after armed police swooped on a Wet'suwet' en camp on February 10, arresting activists for blocking construction works. Nearly 30 people were nabbed in the raid, prompting widespread protests across the country, which resulted in major rail disruptions, almost bringing traffic to a halt.

The situation took a turn for the worse on Sunday, when dozens of activists swarmed the Canadian side of the Rainbow International Bridge in Niagara Falls, making it impassable for those wanting to enter the US via the famous tourist attraction for about an hour. In their bid to block the road, protesters formed a circle around the entrance to the passageway.

Protesters accuse the government of “invasion of the Wet’suwet’ en nation” and of violating the rights of the indigenous people by preventing local reporters from accessing their lands, protest leader Sean Vanderklis told CTV News Toronto.

Trudeau, who has been in Canada since Friday after an extended foreign tour with stops in Ethiopia, Kuwait, Senegal, and Germany, is under fire for his government’s failure to resolve the conflict with indigenous chiefs over the pipeline, part of the mammoth $40-billion LNG Canada project in Kitimat.

His decision to cancel the trip comes shortly after Canadian Indigenous Services Minister Marc Miller reported on Saturday evening that only “modest progress” was reached in the talks, adding that there was “a lot more work to be done.”

Trudeau’s office said on Sunday that the PM would summon the Incident Response Group to discuss the transport crisis and to decide how to break the deadlock.

"Our priority remains the safety and security of all Canadians and the swift resolution of this issue to restore service across the rail system following the law," the statement read.