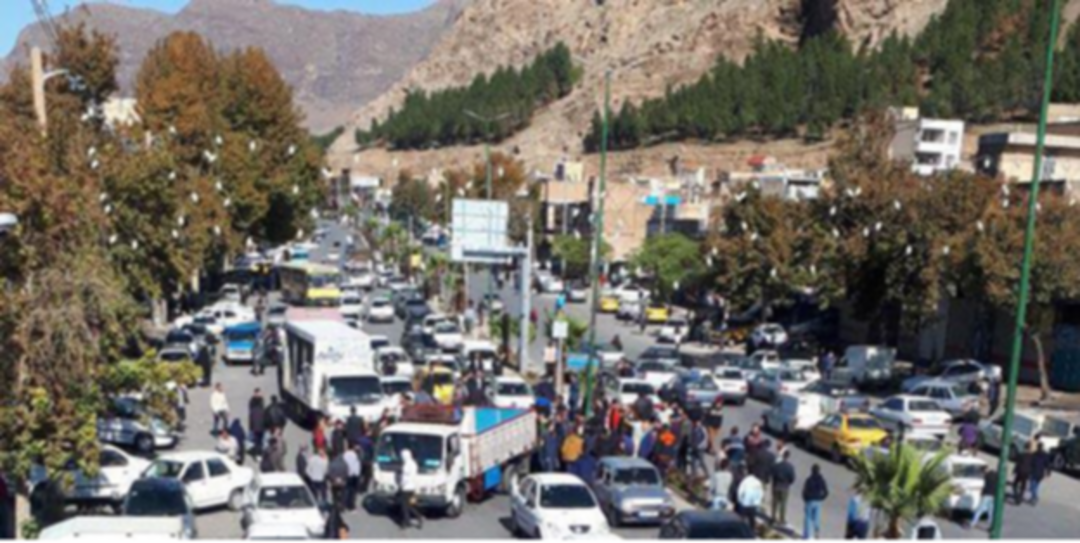 The Lors of Iran had a strong influence in recent protests

Khorramabad is the capital of Lorestan province in western Iran. This city with its ancient Castles has a contemporary history of uprisings against dictators like Reza Shah. Reza Shah bombed the city several times but every time the resisting people still rebelled against Reza Shah.

The Khomeini regime never stopped oppressing the people of this city as well. The Ministry of Intelligence's plainclothes attack on the city's popular gatherings was a desperate attempt to suppress them. 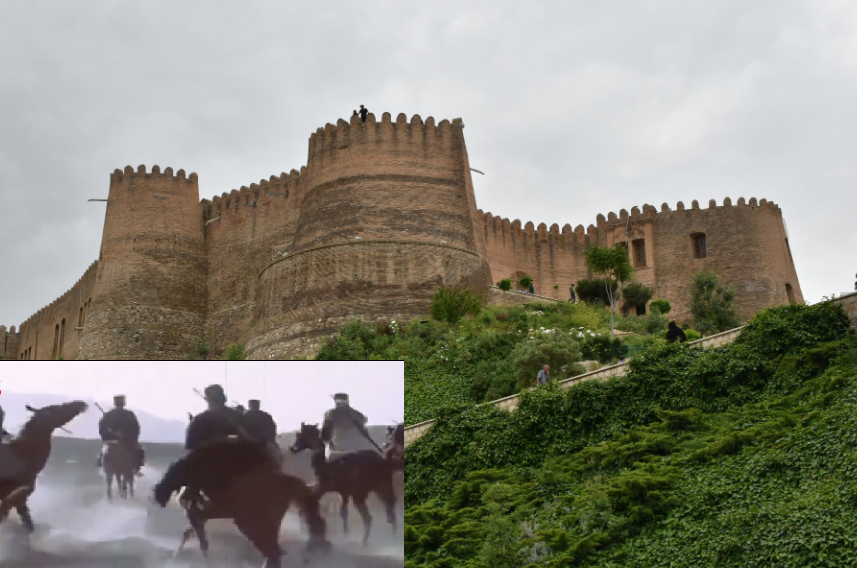 But during the November 2019 uprising in Iran, angry youths resurrected the courageous spirit of the Lor men and staged widespread street protests tripling the price of gasoline and subsequent killings by regime.

A citizen of Khorramabad described the uprising in the city as:

On November 14, Khorramabad had become a war zone, the entire city internet was shut down, banks were heavily guarded, thousands of youth marched into the streets and peacefully protested. They were chanting and demanding the gas price to be reduced, but security forces clashed with demonstrators with batons and tear gas and after a while, they start shooting at people using live ammunition. Angry and upset people burn hundreds of tires Security guards who saw the situation were extremely frightened and did not dare to approach and shoot at them from a distance. The sound of the chopper was heard all over the city.

People were going to seize Masuru outpost in Goldasht, but the savage forces of IRGC fired at the people from choppers and people were dispersed and then one person was killed, part of the protest was in the Goldstein district, people in groups of 70 to 100 started to set Banks and gas stations on fire. Ansar Bank, a large four-story bank, was set on fire. 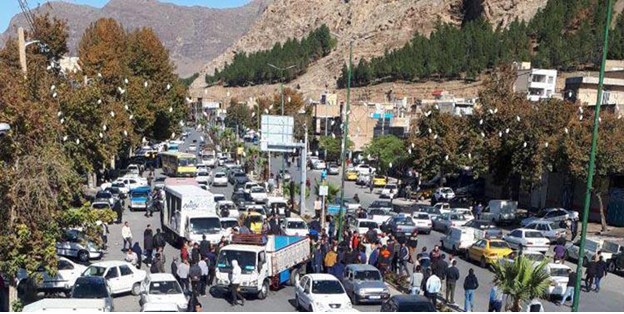 People overwhelmed by oppression and poverty, smashed glasses of most of the banks in Sheerkhargah Street up to Enghelab Avenue. Also, it broke all advertising boards of the IRGC in the middle of boulevards and set Ansar Bank in Sheerkhargah district on fire.

On the second night of the uprising, repressive government forces with minibusses, ambulances, and other cars arrested and beaten people. On the south side of the city, there were protests and clashes

People later gathered in front of the regime's radio and television station, shattering its glass and shouting slogans like shame on this television. However, the Basij forces tried to intimidate the people by firing shots, but people blocked the streets and cut off the traffic. Four Banks in Goldasht were set on fire. On Saturday afternoon all the repressive forces were on the streets. The Kyiv side was under the same situation. People were blocking all the streets.

On the second-day regime cut off the Internet in order to prevent the people to report numerous crimes perpetrated by IRGC and their affiliated Basijis to the world.