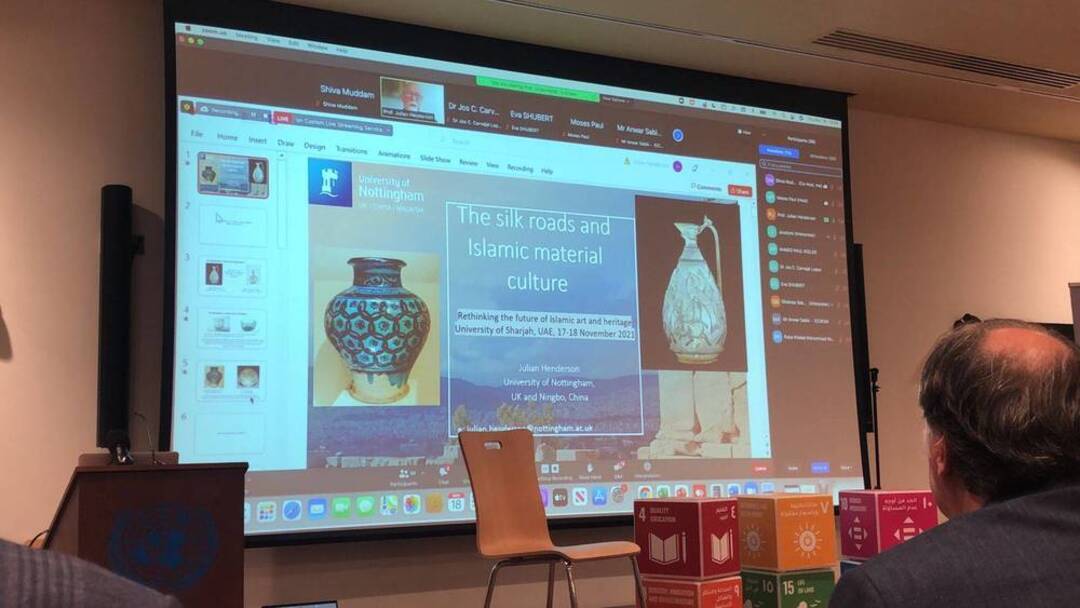 Sharjah - United Arab Emirates, May 13, 2022 - Under the patronage of His Highness Sheikh Dr. Sultan bin Muhammad Al Qasimi, Member of the Supreme Council and Ruler of Sharjah, the Regional Office for the Conservation of Cultural Heritage in the Arab States (ICCROM - Sharjah) announced the members of the jury committee for the second cycle of the Arab Cultural Heritage Award for the Young 2021-2022.

The award is the first regional competition of its kind that focuses on heritage and sustainable development and primarily targets the youths in the Arab region. The award was launched earlier by the ICCROM-Sharjah, in cooperation with the National Commissions for UNESCO in the Arab Region, under the title “Our heritage brings us together”.

The jury met at the end of last April, and reviewed all projects submitted for the award and selected the winners.

This cycle, the award witnessed wide participation by many individuals, schools, relevant cultural and educational institutions from the Arab region, in particular from Lebanon, the United Arab Emirates, Libya, Egypt and Jordan.

The list of Jury members of the current cycle includes:

Alya Burhima is the manager of Museums Development and Design Department at Sharjah Museums Authority (SMA), where she works with a team of professional designers to reflect Sharjah’s rich heritage through designing exhibits and facilities that meets today’s communities’ needs across sixteen museums.

She completed her Master’s degree with distinction in Museum Studies in 2014 from Zayed University, Abu Dhabi, and holds a BA in Art and Design.

She also held several important positions in the fields of tourism and cultural heritage in Jordan. Currently, Nofa is the President of Jordan Friends of Archaeology and Heritage Society for five consecutive board cycles along with being a freelance consultant in the cultural tourism sector. 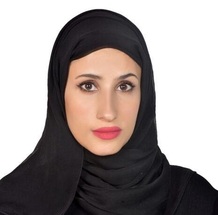 Rima Keirouz Kreidi she is a landscape architect, interior engineer and lecturer at the Faculty of Fine Arts and Architecture at the Lebanese University.  She also holds the position of President of the Chloe Maria Kreidi Association, a non-profit association concerned with children.

The most important objectives of the association are: to contribute to the educational and cultural development of schoolchildren; organize and prepare technical projects and workshops that seek to introduce the heritage and promote the importance of its preservation among the younger generations; respect the fundamental rights of children; providing social assistance to children, especially orphans, without racial or religious discrimination.

Dr. Zaki Aslan is Director of the Regional Office for the Conservation of Cultural Heritage in the Arab States (ICCROM - Sharjah) since 2003. He previously worked as a consultant to the United Nations Educational, Scientific and Cultural Organization "UNESCO", the European Union and ICCROM. Dr. Aslan received a Ph.D. in heritage management and preservation from the University College of London in the United Kingdom (2000), a Master’s degree in Applied Science specializing in the conservation of the built environment from the University of Montreal in Canada (1991), and a Bachelor’s degree in architecture in 1988.

"Following the great success achieved by the Arab Cultural Heritage Award for the Young in its first cycle organised two years ago, the second cycle witnessed a broad participation by individuals and cultural and educational institutions concerned with cultural heritage”, said Dr. Zaki Aslan on this occasion.

“This is an important reference indicating the increased interest in the competition and the expansion of its spread to reach its target groups in the Arab world, thus achieving its main goal of raising awareness about the importance of preserving cultural heritage, in all its forms, at the level of young people at schools and the younger generations in the Arab region”, he added.

"The award-winning projects will be announced during a special ceremony to be held on the 2nd of June in Sharjah, under the generous patronage of His Highness Sheikh Dr. Sultan bin Muhammad Al Qasimi, Member of the Supreme Council and Ruler of Sharjah.

On this occasion the Regional Office for the Conservation of Cultural Heritage in the Arab States (ICCROM - Sharjah) thanks all the members of the jury, who enriched this award, reviewed the proposed projects, and selected the winner”, Dr. Aslan concluded.

The Regional Office for the Conservation of Cultural Heritage in the Arab States (ICCROM-Sharjah) launched the Arab Cultural Heritage Award for the Young for the first time in 2020, with the aim of raising awareness about the importance of preserving cultural heritage in the Arab region; spreading the culture of preserving heritage through art; urging students to conducting visits to archaeological sites; and translating their ideas about the concept of sustainable development and how to apply and enhance it through the arts.

Cultural heritage can be understood as a resource inherited from the past in all its forms and facets, whether tangible such as buildings, monuments, books, archaeological sites, etc, or intangible such as practices, languages, oral traditions, digital art, animation, video, etc.

Heritage ensures the continuity of a nation's identity and balances the past, present and future. Hence, it is important to preserve heritage as a community responsibility and a priority for its role in building a generation connected to its roots and ethics.