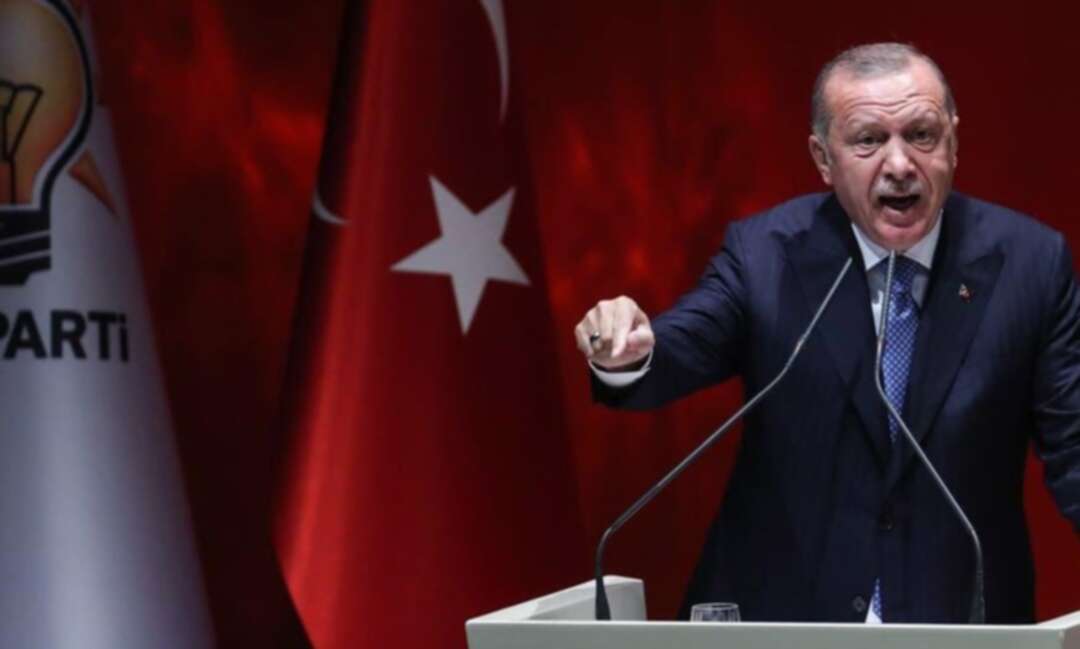 IMPACT-se, a research institute that analyzes schoolbooks and curricula within the prism of UNESCO-defined standards on peace and tolerance, has released a report in conjunction with the London based Henry Jackson Society evaluating the current Turkish school curriculum.

As outlined in the report, this is the first time that President Erdoğan made significant changes to Turkey’s state approved school textbooks since taking power in 2003. This report is the fourth undertaken by IMPACT-se into the Turkish curriculum and a distinct trend line of deterioration can be drawn from this latest research in regards to meeting UNESCO defined standards of peace and tolerance.

Marcus Sheff, IMPACT-se CEO, said,"We have identified a marked deterioration in Turkish textbooks since our last review in 2016. President Erdoğan fired 21,000 teachers and arrested hundreds more after the failed coup of the same year. There is no reason to think that he would not influence Turkish textbooks as well. The trend line of the curriculum indicates a dramatic decline in values of peace and tolerance. School books have been weaponized in Erdoğan’s attempts to Islamize Turkish society and to hark back to a nostalgic age of Turkish domination."

The Turkish curriculum has been significantly radicalized in recent years.

There has been significant Islamization of the curriculum - jihad war is introduced as a central value; martyrdom in battle is glorified.

Islam is seen as political, using science and technology to advance its goals.

An ethno-nationalist religious vision, combining neo-Ottomanism and Pan-Turkism, is taught.

Concepts such as "Turkish World Domination" and Turkish or Ottoman "Ideal of the World Order" are emphasized.

The curriculum adopts an anti-American stance and displays simpatico for motivations of ISIS and Al-Qaeda.

Turkey is depicted as Anti-Armenian and Pro-Azerbaijani. The Kurdish minority's identity and cultural needs are largely neglected. Pogrom against the Greeks is ignored.

Religious studies are dramatically enhanced via the system of "mandatory elective" courses. Darwinian theory has been removed.

Christians and Jews are characterized as infidels instead of People of the Book.

The curriculum demonizes Israel and verges on antisemitic messaging by describing some post-WWI Jewish schools as hostile to Turkey's independence. The curriculum continues to show respect for Jewish civilization and the Hebrew language. For the first time, the Holocaust is specifically mentioned, albeit briefly.

This is the first time that President Erdoğan has targeting textbooks in his gradual overhaul of Turkish society. The Islamization of the curriculum is a direct attempt by Erdoğan to shape future generations to fit in with his grand narrative of an Islamic Turkish revival.

Dr. Soner Cagaptay, Director of the Turkish Research Program at The Washington Institute for Near East Policy, comments in the foreword to this report: “Education is a prime pillar in Erdoğan’s efforts to throw a membrane of sharia over the country.”

The insertion of jihad into religious studies and the characterization of it as a nationalist pursuit are deeply worrying and run contrary to any supposed human rights education. Democratic values are denigrated while Western civilization and non-Muslims are maligned as ‘infidels’ and funders of terrorism. Textbooks can be seen as a primary site for Erdogan’s slow revolution of Turkish society.Islamization and insertion of jihad

The curriculum reflects the gradual Islamization of Turkey by the AKP.

The curriculum is being used as a tool to gradually introduce elements of Sharia law into the official sphere.

Previously included courses on Darwinian theory have been removed.

Jihad has been introduced as a fundamental pillar of Islam with students being taught that a Muslim cannot be a true believer unless they fight in the name of Allah. This is the first time that jihad has appeared in religious studies textbooks. However, the curriculum maintains that jihad is essentially a “peaceful act.”

Textbooks emphasize the compatibility of Islam and science, stressing that science and technology can be utilized to advance Islam’s goals. These ideas were introduced to combat the secularist belief that the Ottoman Empire and Turkish society fell behind technologically because of Islam. Rather, Turkish Islamic civilization is presented as equal if not superior to the Western world.

Jihad is framed in nationalist terms as an “armed struggle against enemies to protect the homeland.”

Pan-Turkish ideas are taught in Turkish Culture and Civilization History though three main components: “Turkish World Domination”; “Ideal of the World Order”; and the “Red Apple” (a goal for the generation) with emphasis given to unity between the Central Asian Turkic nations.

Geography textbooks references the “Turkish Basin”, expanding from the Adriatic Sea to Central Asia as a zone of influence of the pan-Turkish and Ottoman legacy. Implicit in this is the idea of Turkish domination and expansionism facilitated by the adoption of Islam as the official religion allowing it to extend to the Middle East and Africa.

Turkish nationalism is framed within the terms of Islam, with Islam referred to as the glue for the “new Turkey.” As with the Ottomans, Turkey is presented as the protector of all Muslims.

Consistent praise is given to the Islamic culture under the Ottoman Empire with “Ottoman Turkish” introduced as an elective course.

Ataturkism is gradually being removed from the curriculum.

Greece is denounced for its hostility to the Turkish language and looting Turkish properties. The pogrom against the Greek minority in Turkey is entirely ignored. The anti-Armenian narrative is emphasized whilst Azerbaijan and Georgia are presented as Turkey’s natural allies.

Discrimination of Minorities and non-Muslims

Kurdish language, although technically existing as an elective course, is not offered as an option in most schools. Instead students are encouraged to take Islamic courses leading to further marginalization of Kurdish identity.

There are some references to Kurdish identities, however, these are minimal and there are barely any references to the Kurdish presence.

The Newroz widely known as a Kurdish holiday in Turkey is represented in textbooks as an ancient Turkic tradition which subtly undermines the existence of a separate Kurdish identity.

The PKK (the Kurdish Workers’ Party) is described as a bloody terrorist organization and is described as constituting the biggest threat to Turkey due to its support from Iran and Syria.

Jews and Christians are referred to as ‘infidels’ but were previously described as People of the Book. Students are taught “not to yield to infidels.”

All populations are divided into three categories: the believers (Muslims), the hypocrites (described as Muslims who tempt believers with sin) and infidels, which are characterized as all non-Muslims.

Textbooks contain subtle antisemitic messaging as all conflicts and problems in the Middle East, such as the ongoing conflicts in Syria, Iraq and Yemen, and the Egyptian coup d'etat, are attributed to Israel and implicitly Jews.

Partial Holocaust education has been introduced to the textbooks; though it is sporadic and superficial. However, the newly introduced Ottoman Turkish textbook shows respect for the Jewish Civilization and the Hebrew and Aramaic languages associated with it.

The first week in the academic year is dedicated the condemnation of the 2016 coup attempt and celebrating its failure through Turkish literature, history, social studies and religious studies.

Students are provided with a list of ‘martyrs’ from the coup which is blamed on Fethullah Gülen, Erdogan’s political rival, also described as a ‘hypocrite.’

Gülen is described as a heretic and his “Hizmet Movement” is referred to as a terrorist organization.

A new textbook called Democracy and Human Rights upholds that, despite the limiting of checks and balances and the dissolution of the separation of powers post 2016 coup, Turkey still upholds the principles of democracy.

Students are discouraged from taking part in demonstrations and given the example of the Gezi Park Protests, which are characterized as a rebellion rather than a democratic demonstration.

Anti-American messaging and justification of terrorism

America is described as supporting the military coups in 1971 and 1980 in order to intentionally punish Turkey.

US intervention in Iraq is described as having provoked the 9/11 terrorist attack. The US is by Al-Qaeda and the rise of ISIS, thereby going some way to justifying terrorist actions.

The US is described as seeing itself as a “first among equals” and deviating from international agreements.

The US is blamed for the escalation in Turkey’s recent economic crisis.

The curriculum describes the US as funding terrorism through its support to the Syrian Kurds.

Students are encouraged to identify with the Palestinian cause as part of the Turkish role as protectors of the Islamic people.

The establishment of Israel is described as being a destructive force in the Middle East in terms of ethnic, religious and political structures.

Parts of Turkey are described as being encompassed by 'Greater Israel.'