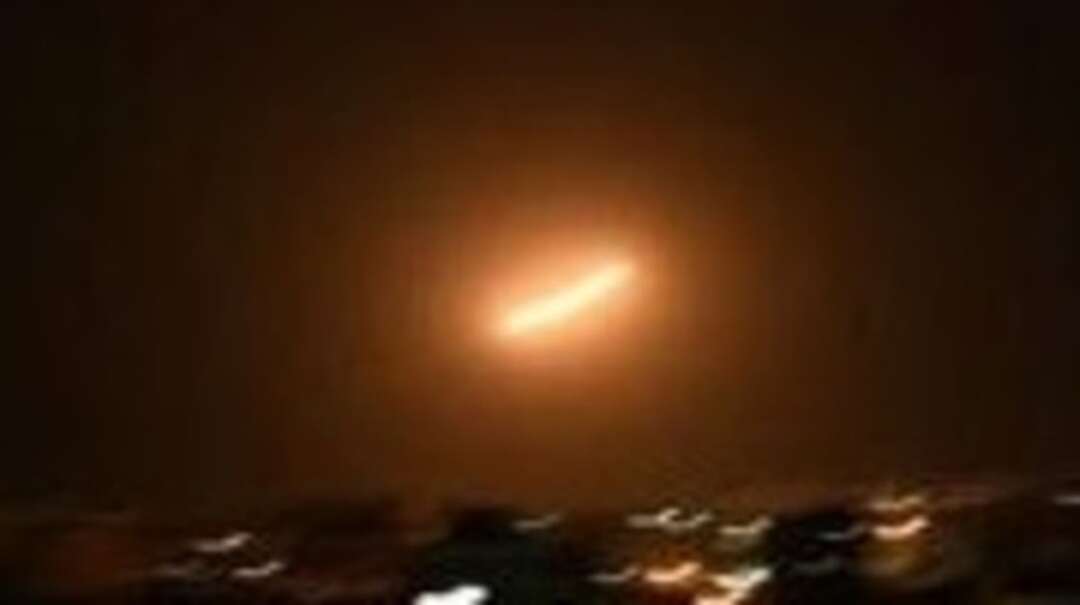 Syria's air defenses intercepted and destroyed rockets launched by Israel from the direction of the Lebanon and the Israeli-occupied Golan Heights towards Damascus. (SANA)

The SANA news agency said: “Two civilians were wounded when a tank belonging to the Israeli occupation forces fired two shells near the village of Hamidiya.”

There was no immediate official reaction from Israel, according to al-Arabiya English, Reuters reported.

An army spokesman told AFP: “We do not comment on reports in the foreign media.”

The Britain-based Syrian Observatory for Human Rights confirmed the attack, adding that the two people, whom it did not identify, were in an area bordering the Israeli-occupied Golan, the report said.

Groups linked to Lebanon’s Iran-backed Hezbollah -- an ally of the Damascus regime and sworn enemy of Israel -- are active in the area, according to the war monitor, which has a vast network of sources on the ground in Syria.

Since civil war broke out in Syria in 2011, Israel has carried out hundreds of air strikes inside the country, targeting government positions as well as allied Iran-backed forces and Hezbollah fighters.

While Israel rarely comments on individual strikes in Syria, the military has defended them as necessary to prevent its arch-foe Iran from gaining a foothold on its doorstep.

The Syrian army regained control of the southern part of Quneitra in mid-2018, five years after rebel fighters had overrun it.

Israel seized 1,200 square kilometers (460 square miles) of the Golan Heights from Syria in the 1967 Six-Day War and later annexed it in a move never recognized by the international community.