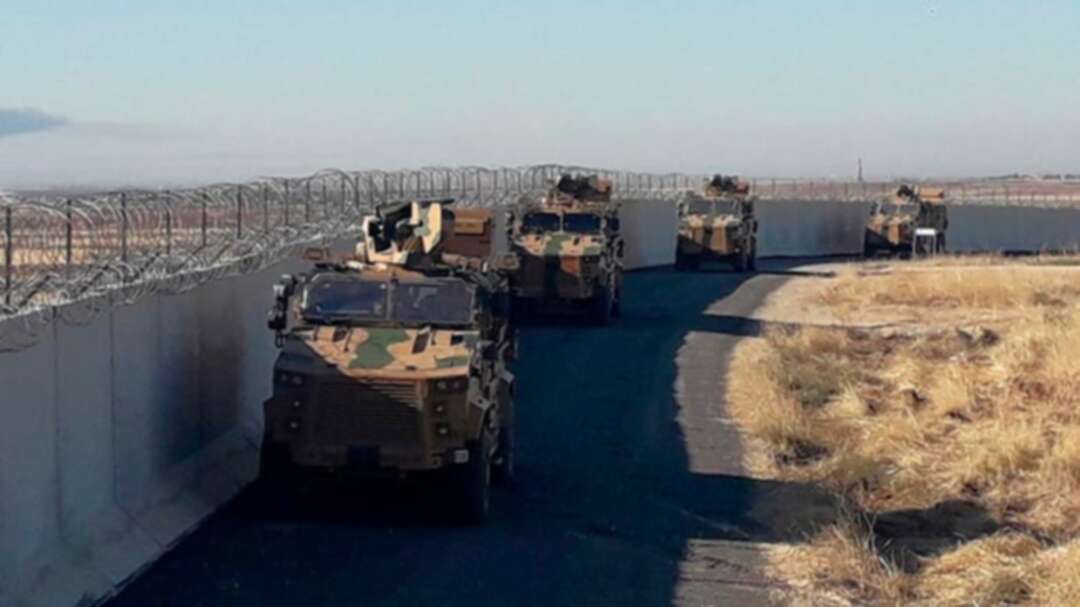 Turkish army armored vehicles arrive near the Turkish town of Idil at the Turkey-Syria border before Turkish and Russian troops conduct their third joint patrols in northeast Syria, on November 8, 2019. (File photo: AP)

Syrian regime forces have taken control of a village east of Saraqib where a Turkish post is located, according to the Syrian Observatory for Human Rights.

Turkey has sent military reinforcements including 100 vehicles to join its units stationed on the border with Syria, according to Turkey's TRT news outlet on Twitter.

The recent development comes after the Turkish President Recep Tayyip Erdogan said on Wednesday that Turkey would retaliate against the Syrian regime if it attacks its forces again.

“Our response to the attack on our soldiers in northern Syria is the beginning of a new phase,” Erdogan said, according to TRT.

Turkey is in a difficult position as its Syrian opposition allies come under attack by the Syrian regime, backed by Russian airpower, in Syria's northwestern Idlib province.