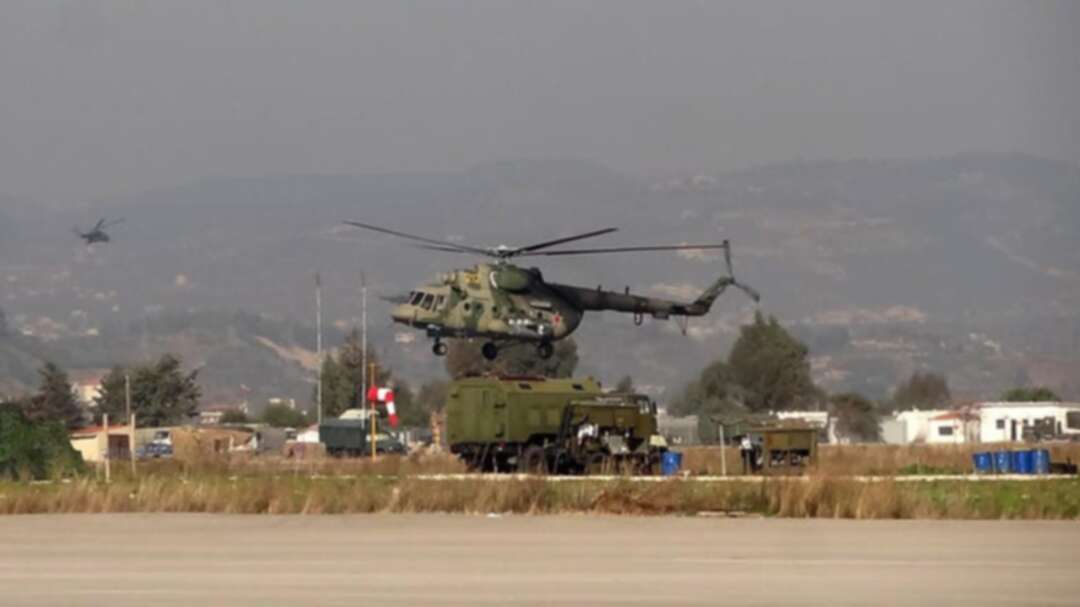 A military helicopter is seen at the Russian Hmeimim military base in Latakia province, Syria. (File photo AFP)

TRT Haber did not provide any further details. The incident comes a day after Syrian regime forces killed five Turkish soldiers in northwestern Syria, prompting retaliation from the Turkish troops in the region.

The Syrian government offensive in Idlib, the last major enclave of opposition to President Bashar al-Assad, has driven more than half a million people from their homes towards the closed Turkish border, threatening a new humanitarian crisis.

Turkey, which already hosts 3.6 million Syrian refugees, says it cannot absorb any more and has demanded Damascus pull back in Idlib by the end of the month or face Turkish action.