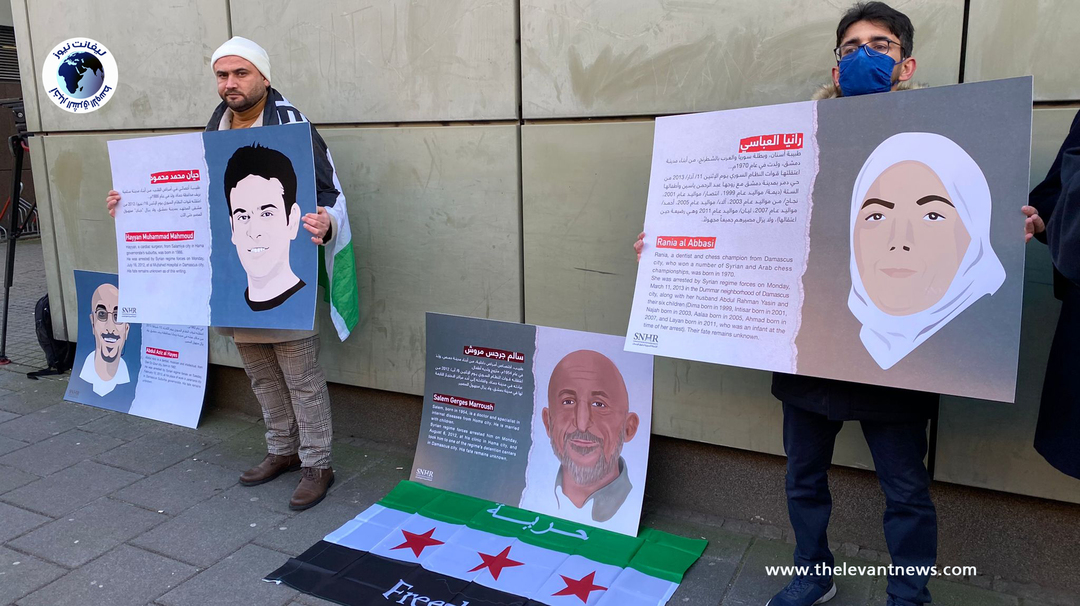 The trial of Syrian Colonel Anwar Raslan lasted two and a half years until he was sentenced last Thursday to life imprisonment after being accused in the Higher Regional Court in Koblenz, Germany, of killing 58 people and torturing 4,000. During the 2011 protests in Syria, Raslan headed the investigations carried out in the "Khatib state-security branch" where was his beginning.

Another happy news the Syrians received, a new criminal with the Hippocratic oath stained with innocent blood, his trial begins today on Wednesday, January 19, 2022, in the German city of Frankfurt.

Before he was arrested, it was suggested to him by a Syrian embassy employee to leave Germany and the employee connected him with someone to book a flight but before his escape attempt, German police arrested him in June 2020.

During the battles that took place in Baba Amr in Homs, the neighbourhood that became famous for the demonstrations that took place in its streets and for the armed clashes between the security forces, the National Defense militias and revolutionary factions. A source and an eyewitness to the violations committed in the military hospital in Homs (preferred to remain anonymous) told Levantnews that Homs Military Hospital, the second biggest hospital in Syria, turned, after the protests escalated in the country especially in Homs, into a semi-military barrack.

The eyewitness mentioned one of the harsh scenes before he escaped when four trucks loaded with dead protesters came in February 2012. The forensic doctor began to hang white numbered strips on their foreheads and photograph them.

"The hospital was full of security branches and the military police who were receiving wounded protesters by beating and torturing them from the moment they entered to the treatment stage which was a dangerous stage If the group of doctors and nurses who handle the treatment turned into investigators. This kind of abuse was publicly rejected by a group of doctors and staff but to no avail," said the source.

The source, who is ready to give his testimony when summoned by the German prosecutor, told Levantnews that Alaa Mousa was one of the main responsible people for systematic torture in cooperation with the intelligence branches and other people such as Doctor Osaama Al-Naqri, Doctor Firas Tahmouz, Haitham Othman, Ali Hassan, civil cadres and employees of the Pelican Cleaning Company. The hospital has turned since April 2011 into a military barrack, and not a day passed without the arrival of wounded demonstrators in Homs.

Dr Muaz al-Ghajar said, in an investigative report conducted by al-Jazeera and shown on May 10, 2020, that the accused doctor, Alaa Moussa, was still in training and was not qualified to carry out specific operations individually but he was overlooked because the injured people were demonstrators. Dr Muaz said in an interview on Orient TV in 2020 that Dr Alaa bragged about carrying out a difficult orthopaedic operation without anaesthesia. Watch more

The crimes of the trainee doctor in details

Alaa Mousa is a Syrian doctor from al-Hawash District, Homs Governorate. He arrived in Germany in 2015 and since then he has been practising medicine in Germany until he was arrested. He also practised it in the cities of Homs and Damascus. The Public Prosecutor accused Alaa Mousa of committing crimes against humanity; he was accused of killing a detainee and torturing 36 ones in military hospitals and a military intelligence prison in 2011/2012.

One of the most heinous cases of torture was when he poured alcohol on the intimate parts of a minor protester and then burned him, an incident confirmed by the Levantnews source. Dr Muaz al-Ghajar had previously come out to testify in Alaa's case along with other three witnesses because Dr al-Ghajar checked that abovementioned case of torture.

"Mousa" is accused of forcibly giving a pill, after beating, to a detainee who had epileptic fits, thus, the sick detainee died a short time later. He burned the legs of the demonstrators and participated in nearly 18 torture sessions for nine detainees.

Starting from today, the Public Prosecutor will bring charges of premeditated murder with a medical injection and causing grievous bodily and psychological harm to dissident detainees. The accused will answer questions from the State Protection Senate of the Higher Regional Court (OLG) in Frankfurt. Alaa, who hired a right-wing German lawyer, faces charges related to crimes against humanity in Syria.

In ten cases, the Senate initially did not approve the indictment because the allegations were not sufficiently restrictive and were not adequately formulated and the Federal Prosecutor's Office later could appeal to the Federal Court of Justice.

When they brought charges against the doctor, the Federal Prosecutor's Office charged Dr Alaa Mousa with kicking and hitting prisoners with a baton and other things. Eight judges from the Higher Regional Court will judge the case - plus five judges from the State Protection Council, and three additional judges to be prepared for staff shortages on the bench.